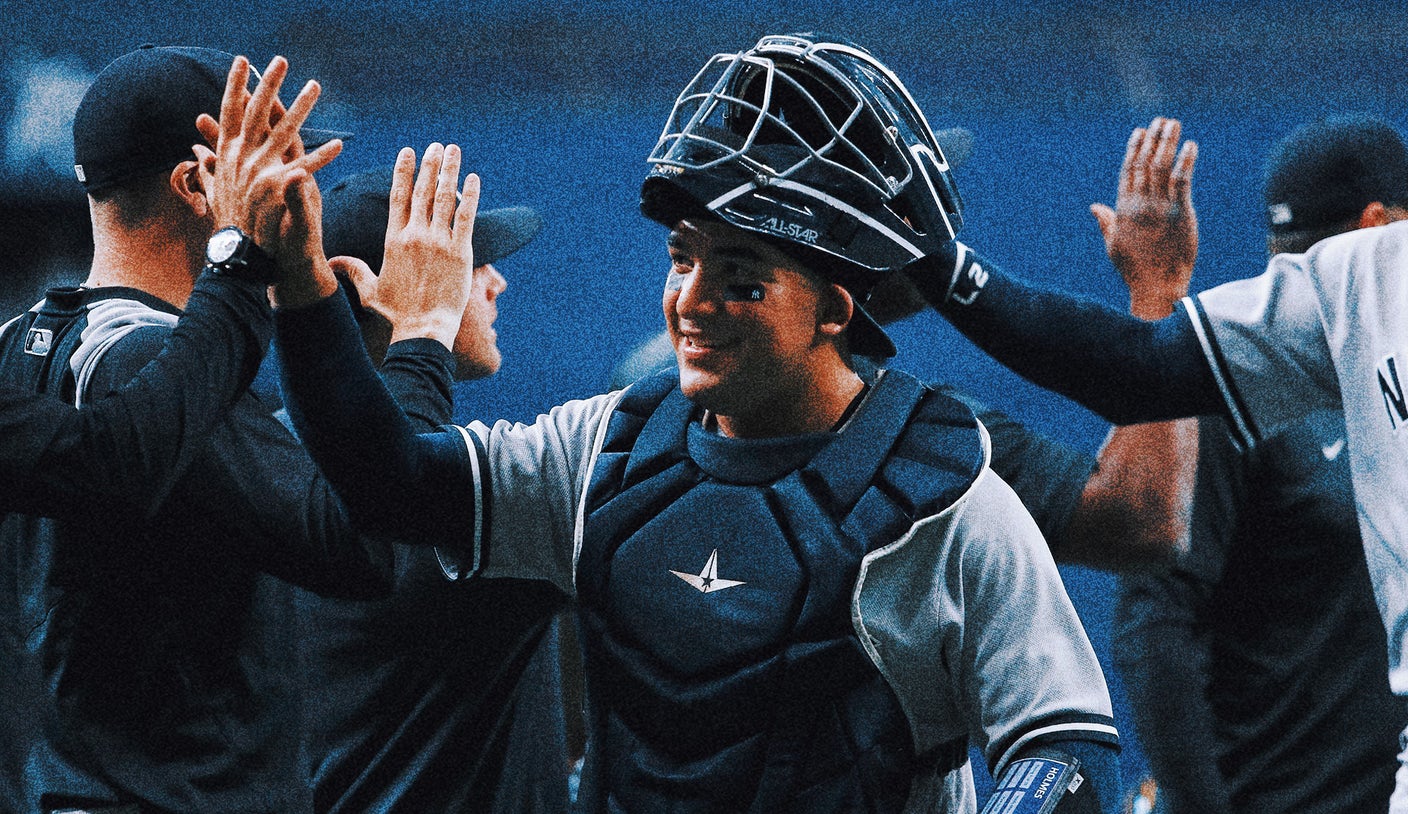 Jose Trevino had a breakout season in his first year with the New York Yankees, and he is making some more new fans in the offseason as well.

Trevino showed up to career day at his son’s school to discuss what he does for a living. In an unforgettable gesture, Trevino showed up wearing his full Yankees uniform and catcher’s gear.

Trevino earned his first All-Star selection and Gold Glove in 2022 after being traded to the Yankees from the Texas Rangers last offseason. He also appeared in a career-high 115 games and hit .248 with 11 home runs.

One of the most notable recent cases of an athlete showing up to career day was not publicized until well after the fact. At the public memorial for Kobe Bryant and his daughter Gianna in February 2020, there was a picture featuring the two at her school’s career day with the Hall of Famer sporting his full Los Angeles Lakers uniform and an Olympic gold medal.

Trevino is not the only member of the 2022 Yankees who has been surprising fans recently. Fresh off his American League MVP award, Aaron Judge recently teamed with comedian Jimmy Fallon to shock some unsuspecting participants in a photo session at Yankee Stadium.

Judge, of course, is the most sought-after free agent this offseason after breaking Yankees legend Roger Maris’ American League single-season home run record. Several teams, including the Los Angeles Dodgers and Judge’s hometown San Francisco Giants, are reportedly interested in making a run at Judge, while Yankees general manager Brian Cashman said recently that the team has made another contract offer in hopes of retaining the superstar’s services.

Aaron Judge will reportedly re-sign with Yankees for 9 years

News Next Desk - December 7, 2022 0
Over Christmas, border officials will go on strike, posing a serious threat to travellers at airports.In a holiday-related strike, members of the Public and...

News Next Desk - December 7, 2022 0
With many celebrities experimenting with their red-carpet looks, making runway debuts and hiring a new entourage of stylists to curate drop-dead gorgeous OOTDs, the...

Google Year In Search 2022: Agneepath Scheme Makes It To Top...

News Next Desk - December 7, 2022 0
Google has released the 'Year in Search' list that shows the top trends on Google Search over the last 12 months. The search engine...