Home Tech & Gadgets Yale Assure Lock 2 review: A genius lock… once you get it... 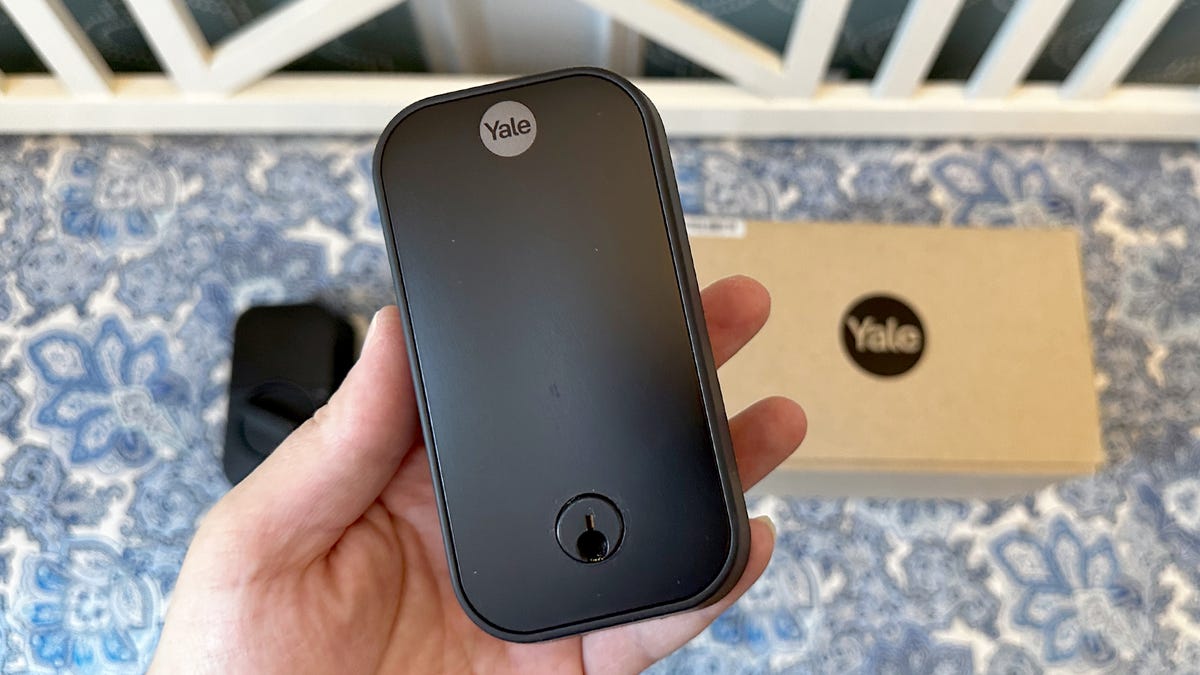 It’s a smart lock that connects via Wi-Fi and Bluetooth, so you can control it right from your smartphone, featuring a touchpad for entry codes and an alternate keyhole in case of any mishaps.

A smart lock is a must for my forgetful household members, which is why we love our older Yale Assure Lock SL. We’re terrible with keys, and anything important that you have to consistently carry around, really.

Remembering a code to enter on a keypad is much easier than always carrying our key everywhere. And, with this lock’s auto-unlock feature, having the door be unlocked every time I get home is a beautiful thing, really.

Also: The best smart locks: Secure your home and business

Whether the new Yale Assure Lock 2 with Wi-Fi is an improvement of the previous version is up for debate, but it definitely has some hits above it and some ways it missed the mark.

Yale Assure Lock 2: How does it fare?

A smart lock described as beautiful? This is it. Let me tell you something, I already loved the sleek, simplistic design on the Yale Assure Lock SL, and the Yale Assure Lock 2 is even better-looking. The numbers on the touchscreen only appear when the screen is on and are smoother and more streamlined, each one encircled to look like a button.

It seems like such a small change, but I just love the look of it. And when you compare it to other smart locks, this is one of the few that has disappearing buttons, though you do have the option of buying the Yale Assure Lock 2 with a keypad, instead.

The screen is now matte, so it doesn’t have the glossy look it used to, but that means no finger smudges, especially when part of your home’s security relies on a passcode.

Auto-unlock is my second favorite thing about the Yale Assure Lock 2. This smart lock is extremely useful when you come home with your hands full, or have been out for a couple of hours and have to run in to let the puppy out ASAP before he makes a mess in the house. Any time you come home, your phone connects to the lock via Bluetooth and the lock knows to unlock or you can also unlock your front door with your Apple Watch.

Setting up Auto-unlock on the Yale Access app is as simple as enabling a switch in the lock settings, and it’s worked every single time for me, without fail. As soon as I pull into the driveway, my phone gets a notification that the door is unlocked.

Auto-unlock is also a feature on the first-generation Yale Assure Lock SL, but it continues to be a great thing in this second-generation smart lock. This Wi-Fi-enabled model is controlled via the Yale Access app, which is a pretty user-friendly platform that allows for remote access. Users of this Yale smart lock with the Wi-Fi module will have the same user experience as Connected by August users, as both apps are very similar.

Knows when your door is open, not just unlocked

The Yale Assure Lock 2 with Wi-Fi comes with DoorSense, a small sensor that can be installed in the door frame next to the lock to detect when the door is open, closed, or left ajar.

DoorSense can be installed on the inside, next to the lock; or you have the option to drill a 5/8″ hole into your door frame to to achieve a clean, flush mount.

Also: Putting off installing smart locks? Here why I’m glad I finally did

I’m not a handywoman, but I do think I’m a handy woman. Meaning that I’m not going to figure out how to tune up my fireplace or go into my crawlspace, but I can tackle most small repair projects and have certainly changed my fair share of deadbolts and doorknobs.

However, this lock made the installation process a little painful, literally, as I cut my hand with a screwdriver while installing it.

Installing the Yale Assure Lock 2 was a chore. It took me all of about fifteen minutes to remove my old Yale smart lock and install it on a different door. But the installation of this new lock took me well over an hour. Obviously, this won’t be the case for everyone, and I’m not trying to dissuade you from buying this smart lock, I’m just hoping my experiences help others.

Here’s everything you get in the box: The Yale Smart Module, exterior keypad, battery cover, four AA batteries, interior lock, mounting plate, a key, deadbolt latch, hardware, and the installation manual — don’t toss it aside, you’ll need it, trust me.

The biggest problem I had with installation was getting the whole thing to sit right on my door. Once I went to install the indoor mounting plate after putting the deadbolt and touchpad on the door, the screws on this new Lock 2 didn’t line up.

It may be a door issue, though I do have a standard door which handled my previous Yale Assure Lock SL just fine. But after trying a couple sizes of screws, I opted for removing the adapter that comes screwed on, which resolved the issue.

So this is probably not a bad thing, however, I found the plastic construction on the thumb turn assembly of the Yale Assure Lock 2 feels different than the first generation. The plastic feels more hollow and almost like it’s easier to break if you’re too rough with it.

However, this lock is Grade Two, so it should hold up as well as the previous version. I’m not going put a hammer to the Yale smart locks, so I can’t say for sure whether the quality is better or worse; it’s just different.

While the Yale Access mobile app is very intuitive, it can also be a bit slow at startup. Opening the app seems to always take at least five seconds to load the lock status, no matter if I’m home and my phone is connected to Wi-Fi or away and using cellular data. I’ve also encountered a “Lock disconnected” message a couple times.

These issues will likely get ironed out with time, as more debugging has time to take place.

This lock is Apple HomeKit compatible, or is it? The first-generation Assure Lock certainly was, as we got the HomeKit module for it, but we’ve been struggling to get this lock connected to HomeKit for days with no luck.

I’ll keep trying with different settings on the Yale Access app and the Apple Home app and will give an update when this is resolved.

In all honesty, the Yale Assure Lock 2 with the Wi-Fi module is a perfect addition to anyone’s home; it’s one that would be great for everyone from the tech savvy to the tech-challenged. It’s a beautiful lock that works smoothly the vast majority of the time.

Users can set up different codes for different guests; anyone from the dog-walker or visiting in-laws can each have a different code, and you’ll easily see who accessed your home and when. This lock can also be set up to auto-lock whenever you leave your home, so you never have to worry about whether the door is locked, buying you the peace of mind you need to live in the moment.

Compared to the first generation of this smart lock, the inside mount on this new version is smaller. It’s a lock, why would the size matter? Smart locks are notorious for having a large indoor mount that houses most of the mechanism, the smart module, and the batteries. The Yale Assure Lock 2 manages to occupy a smaller footprint than its predecessor, though the construction feels quite different as well.

There’s also the option to choose from a keyed or a keyless unit. I’m partial to completely keyless units, though I did get the keyed entry version. Both options have a backup system: The keyed unit comes with a backup key and the keyless smart lock can be opened with a battery if the lock’s batteries die.

Jubin Nautiyal shares a glimpse of his recovery break after suffering...

Moscow says will not accept western price cap on its crude,...

News Next Desk - December 5, 2022 0
Russia has denounced the West's price cap on its oil and said it "will not accept" it. The Kremlin also reportedly said that it...

News Next Desk - December 5, 2022 0
We all know that brushing teeth before sleeping is as important as doing it in the morning. But there are times when we feel...
%d bloggers like this: