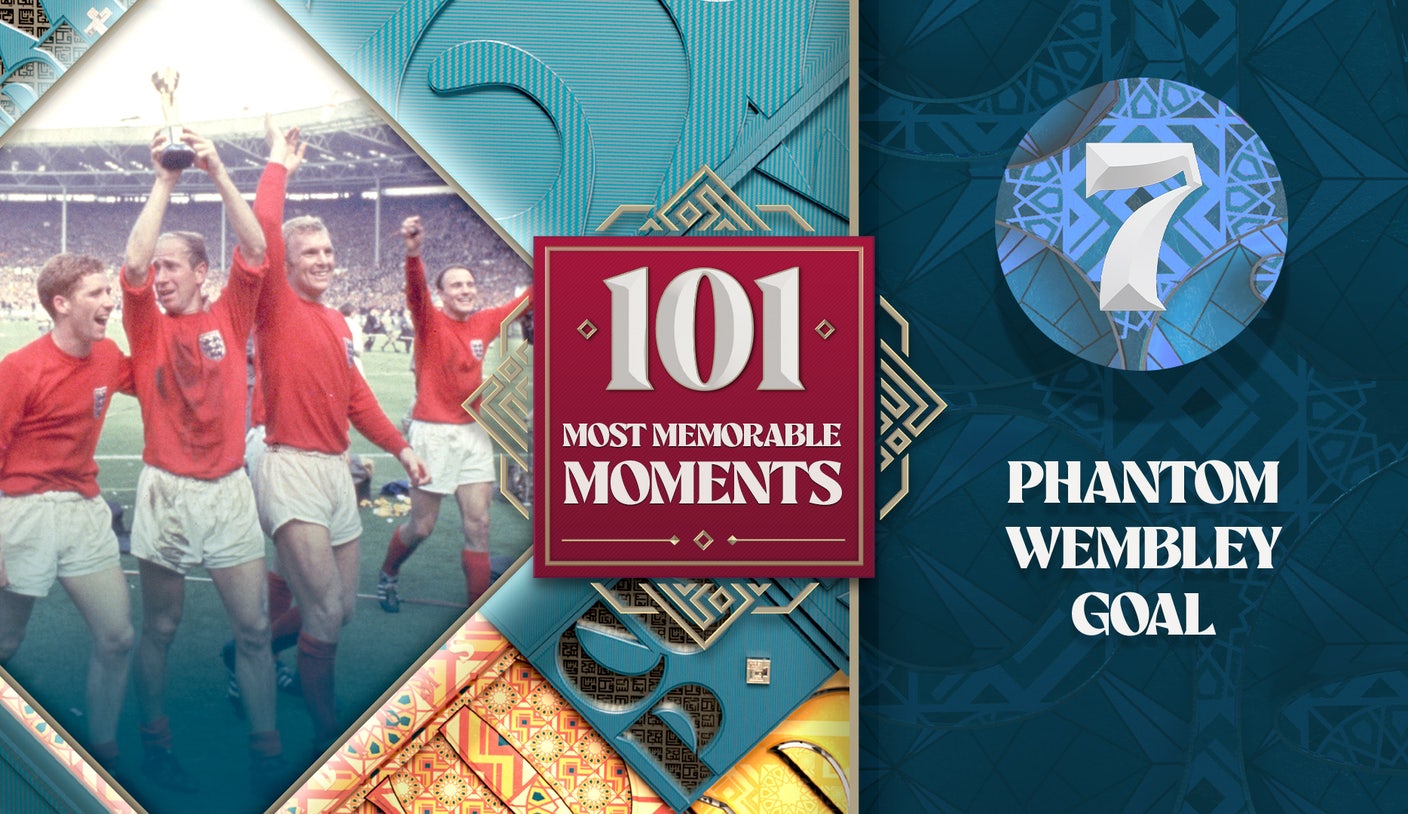 Editor’s note: Each day between now and the kickoff of the first match of the 2022 FIFA World Cup on Nov. 20, we’ll unveil a different memory from World Cup history. The countdown from 101 continues with England’s controversial World Cup win.

England likes to claim that it invented the sport as we know it today, and that’s true. What’s also true is despite the head start they enjoyed over every other nation in the world, they haven’t been very successful at it.

Soccer (an English word, by the way) has been deeply ingrained in British culture for well over a century. It was and is immensely popular. Yet England’s national team has hoisted the World Cup just once, way back in 1966, in their only appearance in a final on a goal that probably shouldn’t have counted at all. By contrast, later-coming rivals like Brazil, Germany and Italy have 13 World Cup titles between them.

England didn’t participate in the first three World Cups because of a dispute with FIFA, and they didn’t go any further than the quarterfinals in the first four tournaments they entered. With the 1966 event staged on home soil, though, the Three Lions were determined not just not to embarrass themselves on the global stage, but to win the trophy for the first time.

After reaching the final at Wembley Stadium in London, England was minutes away from beating West Germany when the visitors equalized. Geoff Hurst restored England’s advantage in extra time, putting them up 3-2 — although television replays never showed the ball crossing the line. German players protested to no avail, and Hurst put the game away when he made it 4-2 seconds before the final whistle.

Still, the did-it-or-didn’t it debates raged on for decades. In 1996, researchers at Oxford University’s department of engineering science concluded that it hadn’t —meaning England’s lone World Cup win came on a phantom goal.

England won their first and only World Cup because of a phantom goal.