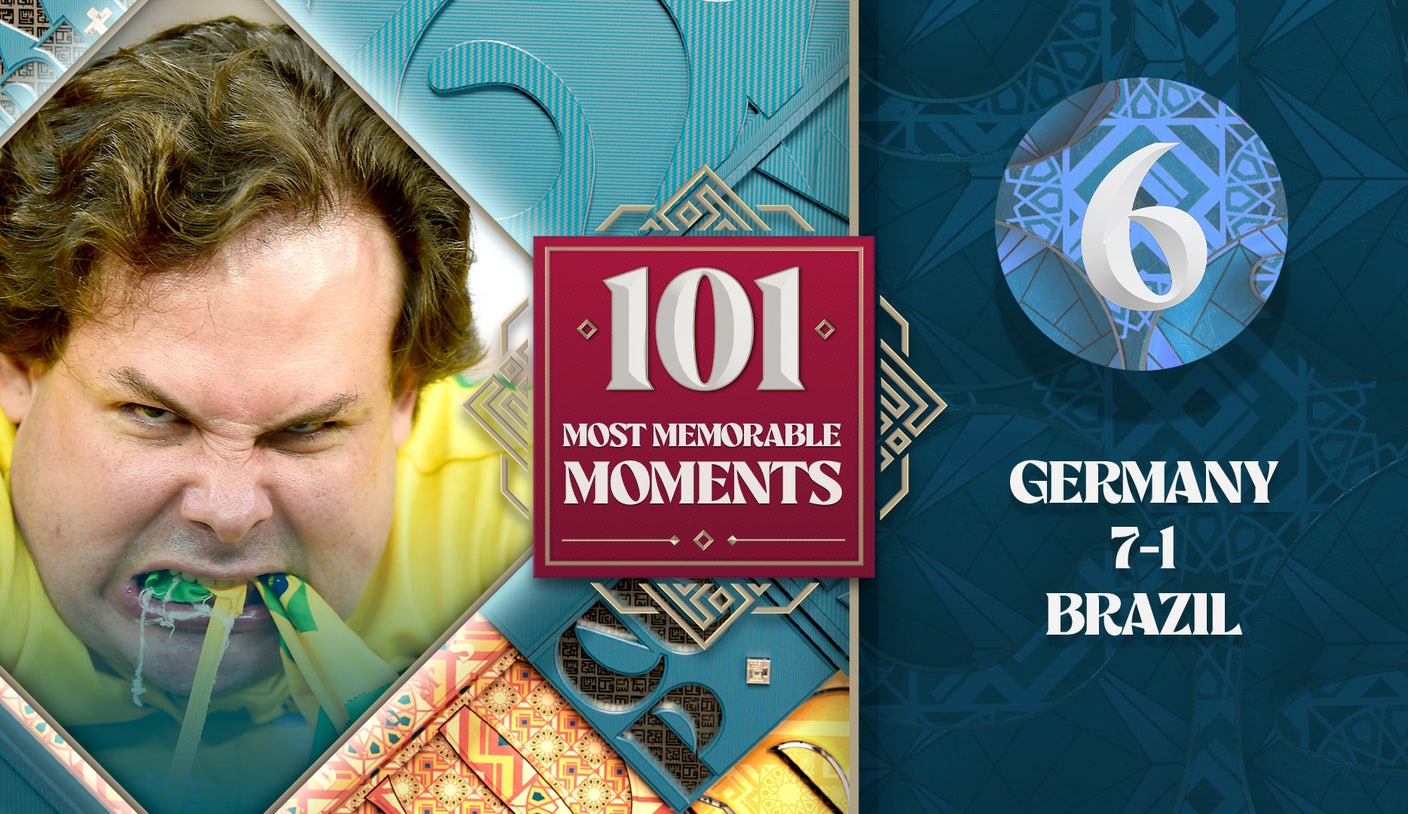 Editor’s note: Each day between now and the kickoff of the first match of the 2022 FIFA World Cup on Nov. 20, we’ll unveil a different memory from World Cup history. The countdown from 101 continues with Brazil’s infamous 7-1 loss to Germany on home soil.

A proud nation of more than 200 million people was ready for a party. Unbeaten Brazil hadn’t been overly convincing as hosts; they’d fallen behind on an own goal in the opening match of the 2014 World Cup before coming back against Croatia, had been held to a scoreless draw by Mexico in their second group stage match, needed penalties to beat Chile in the round of 16 and narrowly defeated another South American foe, Colombia, to reach the final four.

Yet here they were in the semis nonetheless. And even though three-time world champion Germany stood between Brazil and a spot in the final at the iconic Maracana Stadium in Rio de Janeiro, there was an air of expectation around the country that the outcome was preordained — that the Seleção would reach and then win the World Cup final, exorcizing the demons of 1950, when Brazil was stunned by Uruguay in decisive match in the same stadium.

It would be an understatement to say things didn’t go according to plan. Instead of achieving what many Brazilians felt was their destiny, the home side imploded without injured star Neymar and suspended defensive anchor Thiago Silva. It was 5-0 for the visitors before the match was 30 minutes old. By the time it was over, they’d suffered a 7-1 loss to the eventual tournament champs.

The most lopsided semifinal result ever didn’t just match the worst loss in Brazil’s proud history. It also snapped a 62-game home unbeaten streak dating to 1975.  Given the stakes and the stage, it’s the most eye-popping result ever in World Cup play — not to mention a national humiliation on par with that famous 1950 defeat.

Check out the 6th-most memorable moment in World Cup history, this one taking place in 2014 between Brazil and Germany. See what happened here!

News Next Desk - November 29, 2022 0
India decided on Tuesday to lift the ban on exports of organic non-basmati rice, including broken rice after the easing of domestic supplies moderated...
%d bloggers like this: