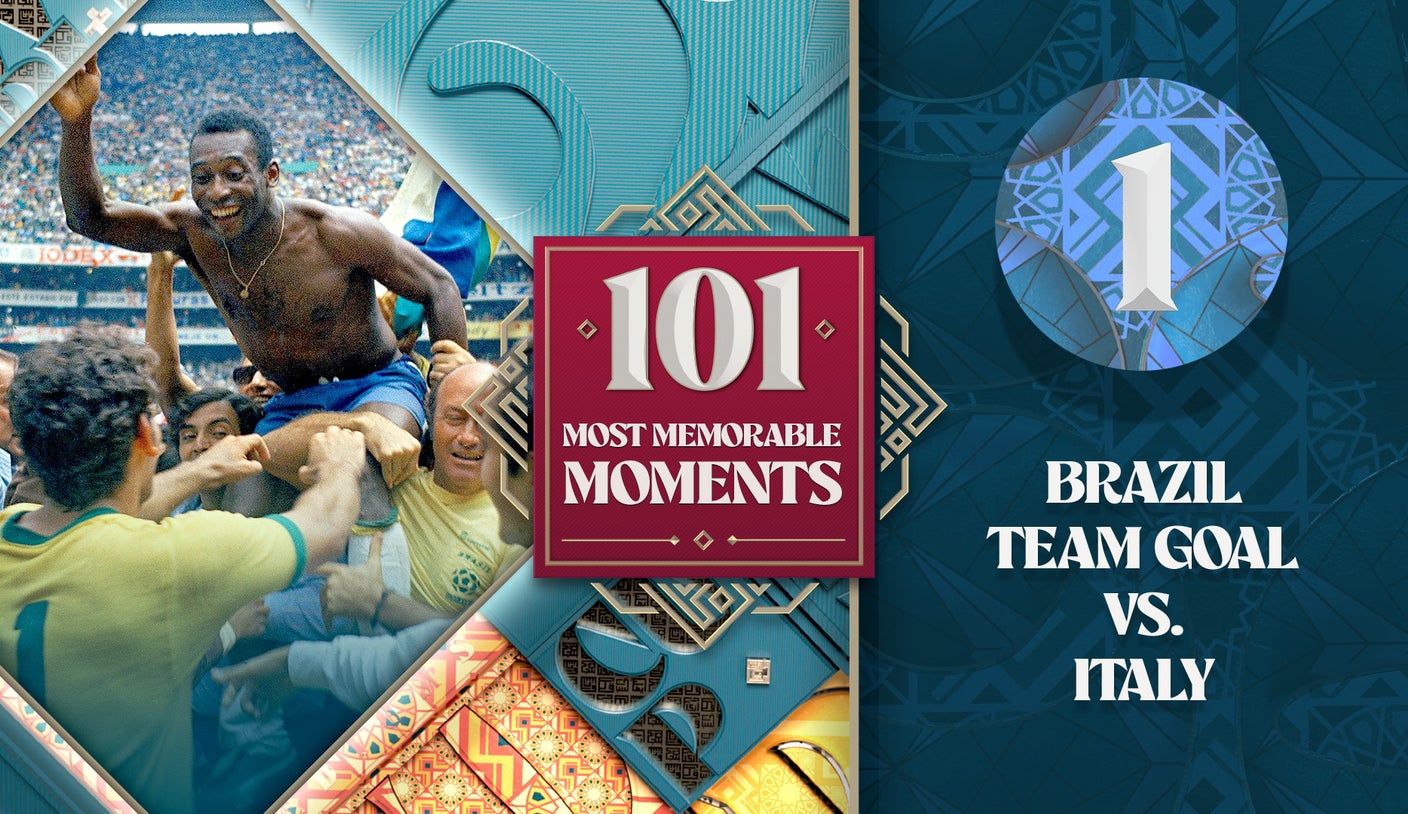 Editor’s note: Each day between now and the kickoff of the first match of the 2022 FIFA World Cup on Nov. 20, we’ll unveil a different memory from World Cup history. The countdown from 101 continues with Brazil’s team goal vs. Italy at the 1970 World Cup.

Led by the incomparable Pelé, Brazil’s iconic 1970 squad capped their resounding 4-1 triumph over Italy in front of more than 100,000 fans in Mexico’s City’s cavernous Estadio Azteca with a masterpiece. Carlos Albero’s rocket into the bottom corner was empathic enough. What came before belongs in a museum.

All but two of Brazil’s outfield players played a role in setting up the finish. Forward Tostão started the play by winning possession nearly 100 yards from Enrico Albertosi’s goal. After a series of short passes between Brito, Clodoaldo, Pelé and Gérson inside Brazil’s own half, Clodoaldo danced past four Azzurri defenders.

The central midfielder beat four Azzurri defenders then dished to Rivellino on the left wing. Rivellino sent a long ball up the flank for Jairzinho, who found Pelé in the middle. Without looking, The Black Pearl played the ball into space on the right side of Italy’s penalty arena for a streaking Carlos Alberto to run onto. Put on a platter, the fullback made no mistake.

If the play looked choreographed, that’s because it was. “We’d worked on the move in training,” the captain Seleção captain would say years later.

“Pelé and I played so often together that he knew where I was. I didn’t need to shout. He saw me coming and rolled his pass in front of me so I didn’t have to break stride. And I caught it perfectly.”

Nine Brazil players were involved in the buildup to the decisive goal vs. Italy at the 1970 World Cup.

News Next Desk - December 4, 2022 0
Garena Free Fire MAX redeem codes for today are out and can be below. Latest events and rewards on offer can be known too. Garena...

News Next Desk - December 4, 2022 0
Week 14 of the college football season features a handful of highly anticipated matchups to end the year. To open the...

News Next Desk - December 4, 2022 0
Aries It’s time to appreciate everything you have in life, including your family, friends, work, and health. Your relationship with your partner will get deeper...