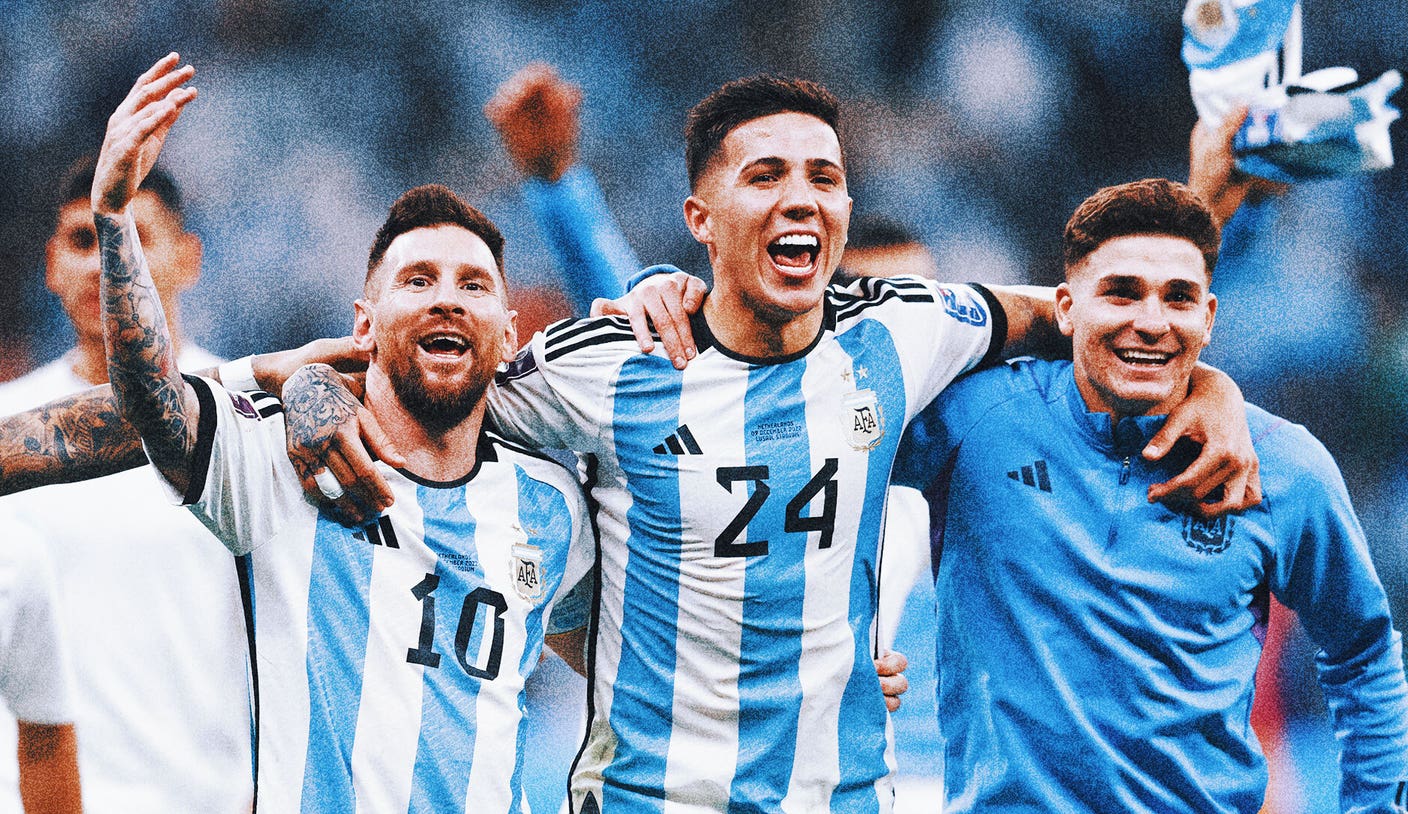 Argentina is moving on to the World Cup semifinals following a thrilling quarterfinal victory over the Netherlands on Friday. After blowing a 2-0 second half lead, Argentina was able to fend off the Netherlands in extra time and win a dramatic penalty shootout.

On Friday’s edition of “World Cup Now,” DaMarcus Beasley, Melissa Ortiz and former USMNT player Sacha Kljestan discussed what stood out to them in Argentina’s victory.

DaMarcus Beasley: Messi is the GOAT

You look at the performance today from him, from the little magician. He was incredible from the first minute on. Coming into this game, we wondered where the offense was going to come from. They’ve got Julian Alvarez, and they’ve got Messi, but who else? Who is going to be the third person, who is going to be the fourth person to add to the attack? You saw today they didn’t really need it. They’ve got the little magician. He stepped up and scored a goal, had an assist and scored his penalty. He constantly put the team on his back.

Although they were up two and dropped that lead, defensively, let’s just say that throughout the tournament [Argentina goalie] Emiliano Martínez only faced 11 shots on goal and today there were only two shots on him. That means defensively, they were doing something correctly from the outside and in. Goal-scoring-wise, the defense was involved in both opportunities, whether it was Nahuel Molina down the side or drawing the penalty kick. The defensive players helped Messi shine.

Sacha Kljestan: Respect to the Dutch and its manager

Respect to Louis van Gaal. I’ve really enjoyed him in this tournament. Not only the way he’s talked about his team and the way he’s guided things, but the adjustments that he made in this game. He took out both of his strikers, two of his best players and put on two new strikers, big guys that went after the game in a different way in the last 15-to-20 minutes and were able to tie this game up.

Guneet Monga on her Oscar Nomination for ‘The Elephant Whisperers’: I wanted to

News Next Desk - February 7, 2023 0
MUMBAI: Actor Manoj Bajpayee on Tuesday, teased his fans about the third season of his much-anticipated web series 'The Family Man'. Taking to Instagram,...

A Cancer Conclave Organized to Discuss Various Parameters of Cancer was...

News Next Desk - February 7, 2023 0
The Cancer Conclave organized by Uhapo was held between oncologists, health and policy experts in order to discuss the evolution and advancement that cancer...

Chinese balloon was 200 feet tall with thousands of pounds of...

News Next Desk - February 7, 2023 0
The suspected Chinese spy balloon which entered the United States’ airspace before being shot down by Washington was approximately 200 feet tall, while the...
%d bloggers like this: