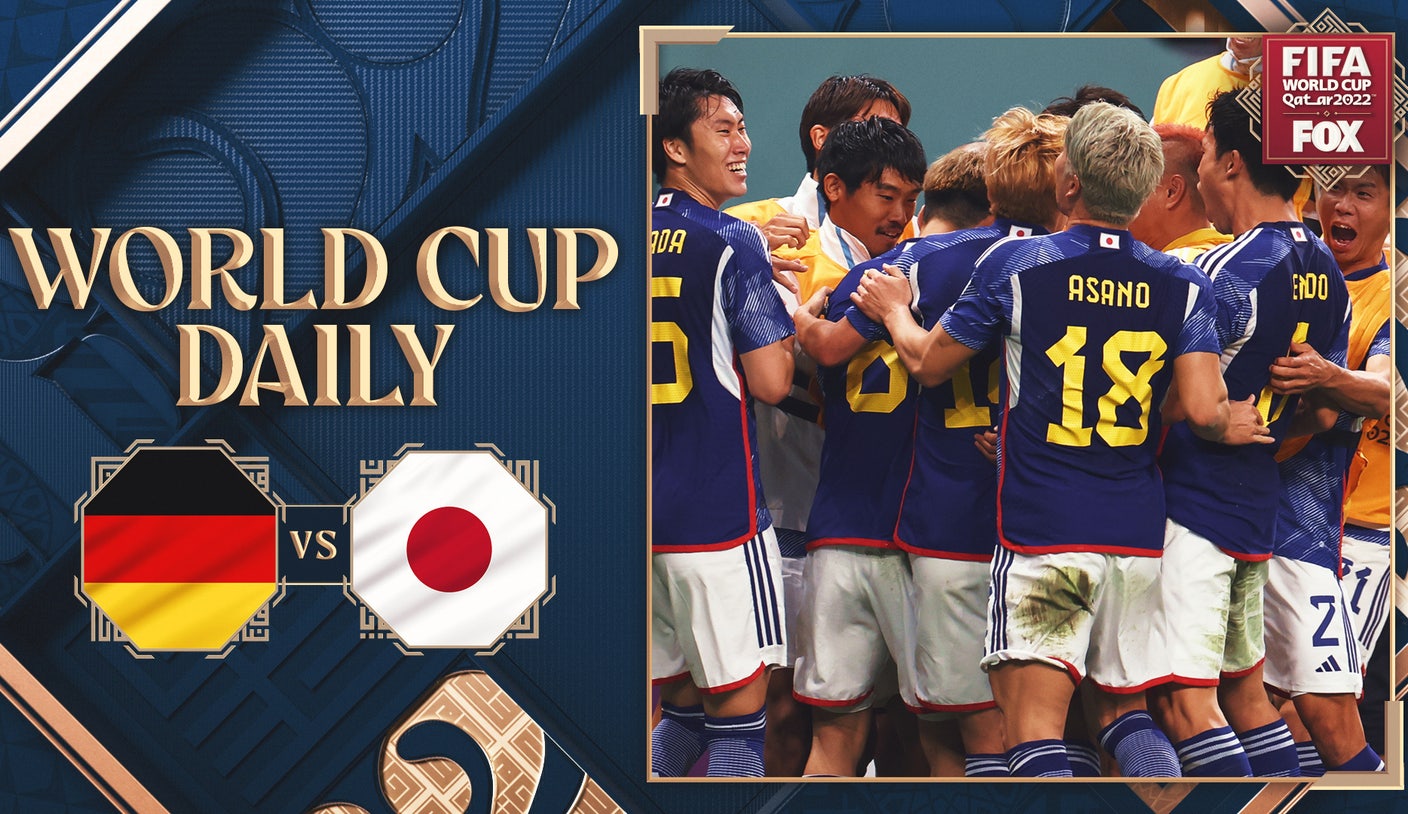 Wednesday’s slate of World Cup games started off slow, but it picked up in a big way with Japan’s come-from-behind win over the Germany, followed by Spain’s record-breaking 7-0 win over Costa Rica.

Here’s everything that happened in the World Cup today.

Morocco and Croatia put on a defensive clinic Wednesday, but unfortunately that meant yet another scoreless draw. At the 2018 World Cup, there was only one scoreless draw throughout the tournament. This year, there has already been three.

Where Morocco and Croatia finish in the group ultimately depends on their results vs. Belgium, but neither team can afford to take Canada lightly either. The competition in Group F is stiff.

It wasn’t the upset that Argentina–Saudi Arabia was, but Japan’s comeback win against Germany had twice the drama as Monday’s match. After trailing for 75 minutes, Japan got two late goals from its substitutes Ritsu Doan and Takuma Asano. Japan’s place in the knockout stage is far from cemented — it still has to face a hungry Spain side — but it was an incredible result nonetheless.

For Germany, Wednesday marked its third consecutive loss in the opening match of a major tournament, and unlike Argentina, Die Mannschaft isn’t the highest-ranked team in its group — that title belongs to Spain.

Spain set a record for most goals in a World Cup game in its 7-0 win over Costa Rica on Wednesday. More importantly, it was able to get three points and shoot to the top of Group E on goal differential. If it came down it, it’s safe to assume Spain would win that tiebreaker.

Canada had every chance to take the wind out of Belgium’s sail, but it didn’t convert any of its 22 shots on goal. Belgium, on the other hand, converted one of its nine attempts and ended with a lower xG (0.76) than Canada (2.61). In a tournament full of upsets, one wasn’t in the cards for Canada on Wednesday. Perhaps it will come against Croatia on Sunday (11 a.m. ET on FS1 and the FOX Sports app).

GOAL OF THE DAY

Doan deserves all the praise he’s getting for his game-winning goal against Germany, not just because of what it meant to Japan, but because of how impossible the angle was. Seriously, how did that shot go in?

ASSIST OF THE DAY

Toby Alderweireld‘s perfectly-placed long ball to Michy Batshuayi broke the tie between Belgium and Canada and earned the Red Devils three points in their opening match of the World Cup. Who said center backs can’t be playmakers?

Watch Belgium’s Michy Batshuayi score a goal against Canada in the 44′ in the 2022 Men’s FIFA World Cup.

SAVE OF THE DAY

Thibaut Courtois showed why he’s regarded as the greatest goalkeeper in the world against Canada. With Belgium in danger of going down 1-0 due to a handball inside the box, Courtois came up with a big save on Alphonso Davies.

Belgium’s Thibaut Courtois makes an incredible penalty kick save after Canada drew a handball in the box in the 2022 FIFA World Cup.

There are those that will argue Courtois should have had to save another penalty in the first half, and they might be right, but in reality, he saved the only one he needed to and got Belgium the win.

Before Canada and Belgium kicked off, FOX Sports analyst Stu Holden did the Alphonso Davies warmup on set.

Unfortunately for Canada, Holden is cap-tied to the United States (and retired).

If we’re to assume that Brazil is going to run away with the top spot in Group G — which feels silly given the amount of upsets in the tournament so far — then Switzerland, Cameroon and Serbia are all in a race to finish second. Switzerland vs. Cameroon is the first leg of that race.

Uruguay might not be as star-studded as Portugal, but it has tons of quality on its roster and can feasibly finish at the top of the group, especially with all the noise surrounding Portugal at the moment. But first, it must get through Son Heung-min and South Korea.

After a disastrous start to the Premier League season with Manchester United, Cristiano Ronaldo has an opportunity to make everything right with a strong comeback performance on the World Cup stage — anything less would be seen as a failure for one of the greatest players of this generation.

Brazil saw its rival, Argentina, lose to Saudi Arabia on Tuesday. It will be hoping to avoid the same fate against a much tougher Serbia side led by the striker duo of Aleksandar Mitrović and Dušan Vlahović. In any case, it should be a fun one.

Check back in after every matchday of the 2022 FIFA World Cup!

News Next Desk - December 6, 2022 0
India will steer the celebration of International Millet Year 2023 and organise campaigns to promote the cultivation and consumption of nutri-cereals, Prime Minister Narendra...

News Next Desk - December 6, 2022 0
GoDaddy (opens in new tab) has added a new managed WooCommerce Stores solution to its product suite that it says will streamline operating a...
%d bloggers like this: