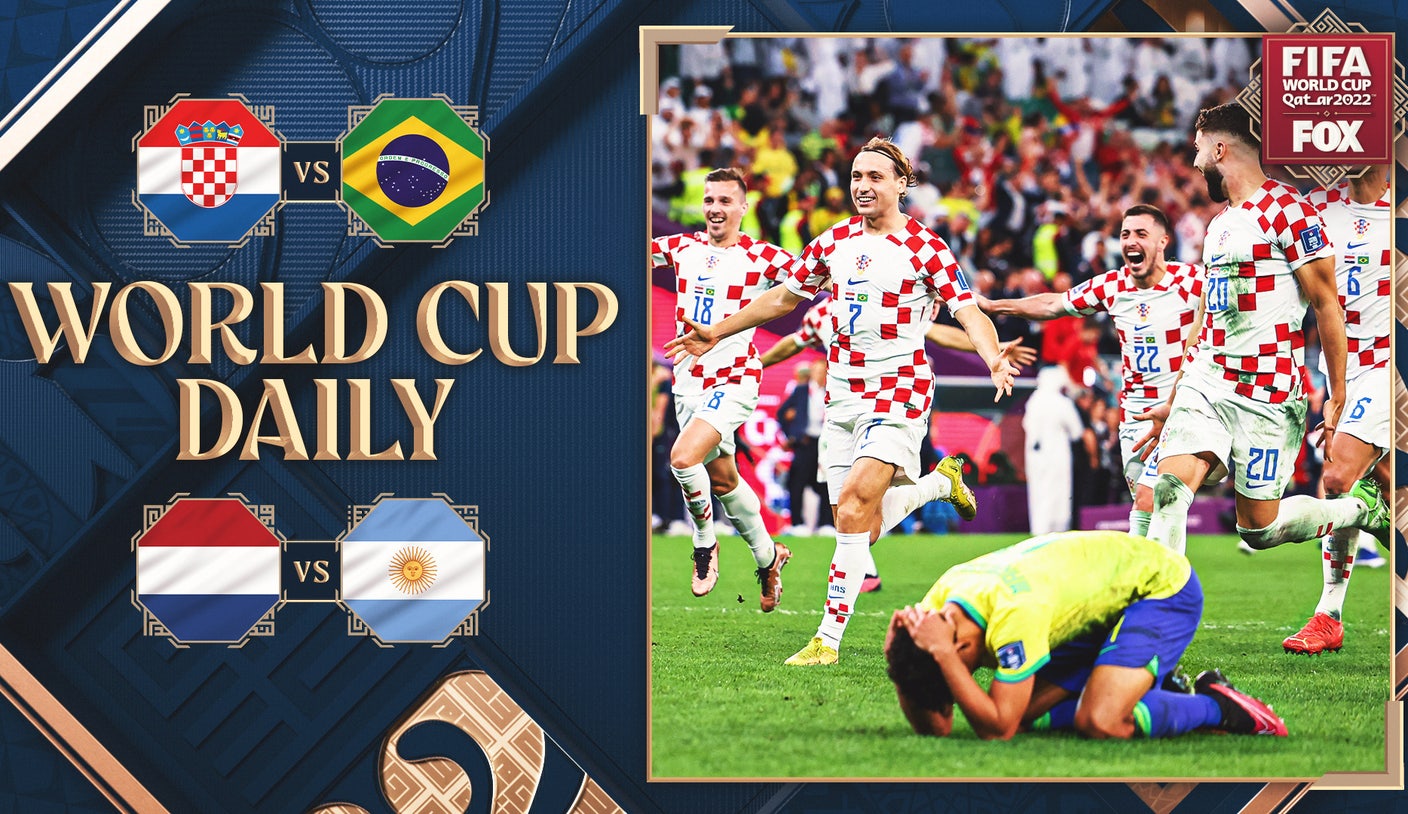 Argentina will play in the World Cup semifinals after beating the Netherlands in a penalty shootout Friday — but it won’t get its date with Brazil, which lost its penalty shootout with Croatia.

Here’s everything that happened in the World Cup on Friday and what to watch for Saturday.

It’s not that surprising Croatia won its penalty shootout: It has won all four penalty shootouts it has participated in at the World Cup and has been involved in five of the last seven extra-time games in the tournament.

What’s more of a surprise is that it beat Brazil, which looked like the best team in the tournament going into the quarterfinals. Even on Friday, Brazil looked like the better team, outshooting Croatia 21-9 and winning the xG battle 2.56 to 0.62.

It took the latest goal in Croatia’s history (115:59) for it to equalize in the final moments of extra time.

Brazil was good — really, really good — but as the saying goes, sometimes it’s better to be lucky than good, and Croatia is both after making unlikely trips to the semifinals at two consecutive World Cups.

Croatia tied in the final minutes of extra time and then overcame Brazil on penalty kicks to advance to the semifinals.

Argentina’s penalty shootout had a much happier ending, but it’s safe to say La Albiceleste would have preferred to settle things in regulation. And they would have, had Wout Weghorst not scored in the 11th (yes, you read that right) minute of stoppage time. Weghorst also scored the goal that got the Netherlands within one goal.

Argentina will go on to play Croatia in the semifinals Tuesday (2 p.m. ET on FOX and the FOX Sports app).

In the match of the tournament thus far, the Netherlands rallied from a 2-0 deficit, but Argentina prevailed in a shootout.

SAVE OF THE DAY

Emiliano Martínez could have been better for Argentina in regulation, but he was sensational in its penalty shootout.

ASSIST OF THE DAY

We can’t quit watching this sublime pass from Leo Messi.

GOAL OF THE DAY

Brazil didn’t see out its goal of winning the World Cup, but it did manage to end the tournament the with three of the best goals we’ve seen this far — and it’s unlikely any of the goals scored going forward will bump them from the list.

Its latest, which came courtesy of Neymar, is just silly.

Even after a heartbreaking loss, Neymar took some time to acknowledge Croatian midfielder Ivan Perišić’s son, who appears to have checked to make sure the Brazilian star was OK.

Morocco is the biggest underdog left in the tournament, and it has to go up against a red-hot Portugal side. Can it continue its Cinderella Story and become the first African nation to advance to the World Cup semifinals, or will Portugal continue its impressive run of form?

If football truly is coming home, it has to go through France. With big-name talent all over the field, the individual matchups are scintillating. May the best team win.