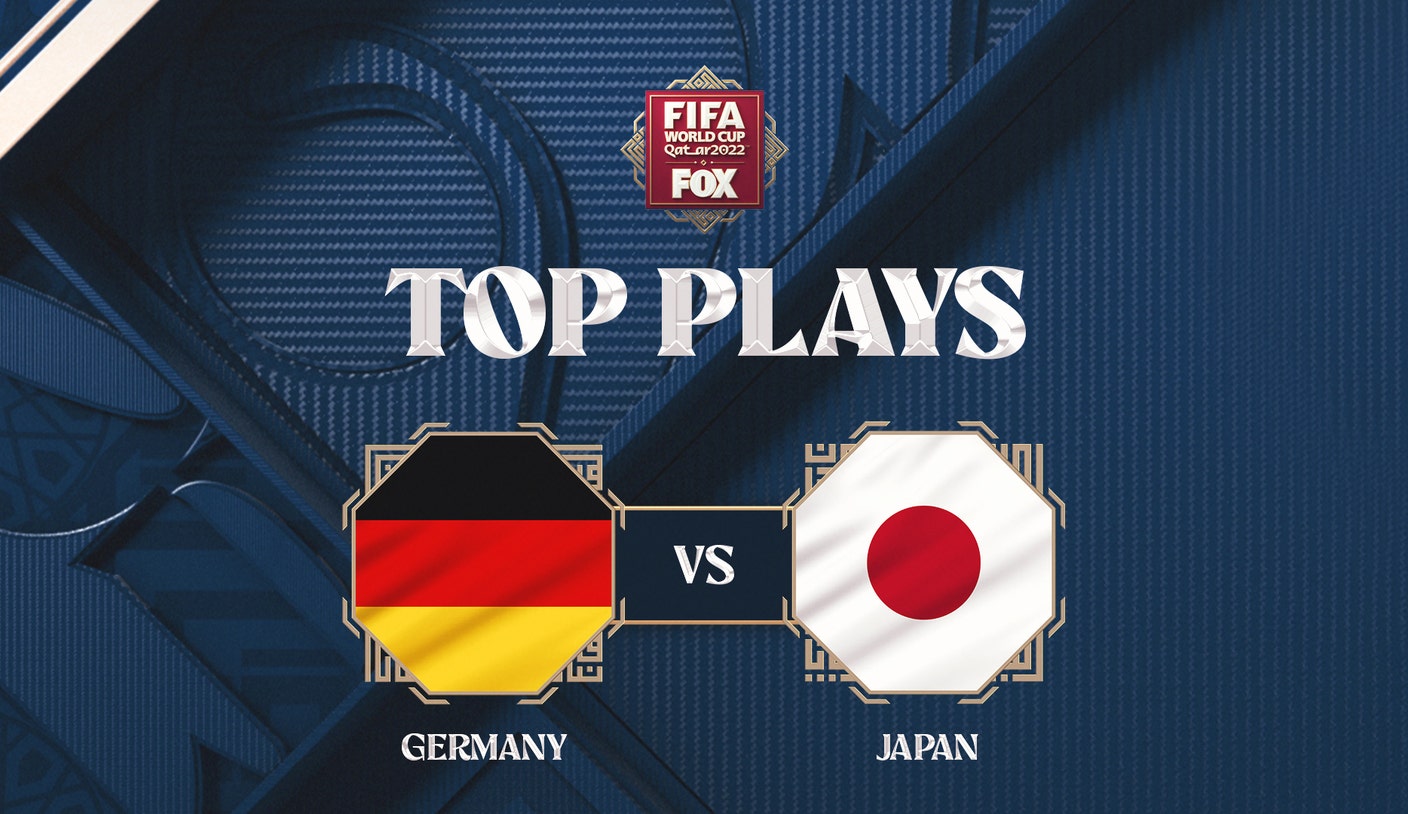 The 2022 FIFA World Cup continues Wednesday on FS1 with Germany facing Japan, and we’ve got you covered with every must-see moment from start to finish!

Earlier, Morocco and Croatia battled to a 0-0 draw.

You can watch this game and every match of the tournament on the FOX Sports family of networks — the tournament’s official English-language broadcast partner in the U.S. — and the FOX Sports app and FOXSports.com. You can also stream full-match replays for free on Tubi.

Here are the top plays from Wednesday’s group stage action.

For a fleeting moment, it appeared Japan was going to take an early 1-0 lead, but a goal from forward Daizen Maeda was quickly ruled offside.

Antonio Rudiger nearly had the first goal of the game, but the Germany defender’s header was a bit to the right.

Watch Germany’s Ilkay Gundogan scoring a goal against Japan in the 31′ in the 2022 Men’s FIFA World Cup after a foul in the box.

After a VAR decision, forward Kai Havertz‘ goal was ruled offside for Germany, who took a 1-0 lead into halftime.

The Japan goalkeeper put together a series of remarkable saves to keep the score at 1-0.

We got a good one on our hands. Midfielder Ritsu Doan got in front of a ricochet and hit home Japan’s first goal of the match, evening it up at one apiece.

Watch Japan’s Ritsu Doan scoring a goal against Germany in the 75′ in the 2022 Men’s FIFA World Cup.

After a muted offensive performance, Japan has come to life late in the second half. Just minutes after scoring its first goal, forward Takuma Asano caught a pass down the right side of the field and knocked in Japan’s second goal, giving them a 2-1 lead.

Watch Japan’s Takuma Asano scoring a goal against Germany in the 83′ in the 2022 Men’s FIFA World Cup.

Rain in the air, again, as India look to square series against dynamic New Zealand

Cannabis oil does not relieve distress in Cancer patients: Study

Kartik Aaryan shares scary glimpse of what all Dr. Freddy Ginwala can do in love!

News Next Desk - November 29, 2022 0
New Delhi: In the latest developments in Shraddha Walkar murder case, the Polygraph test of accused Aftab was completed on Tuesday amid tight security,...

Cannabis oil does not relieve distress in Cancer patients: Study

News Next Desk - November 29, 2022 0
The CBD or cannabidiol oil does not improve the pain, depression, anxiety or quality of life among the palliative care patients with advanced cancer,...

News Next Desk - November 29, 2022 0
Legrand commemorates it’s 25 years of presence in India. Being a global leader in electrical and digital building infrastructure, in line with Legrand’s stated...