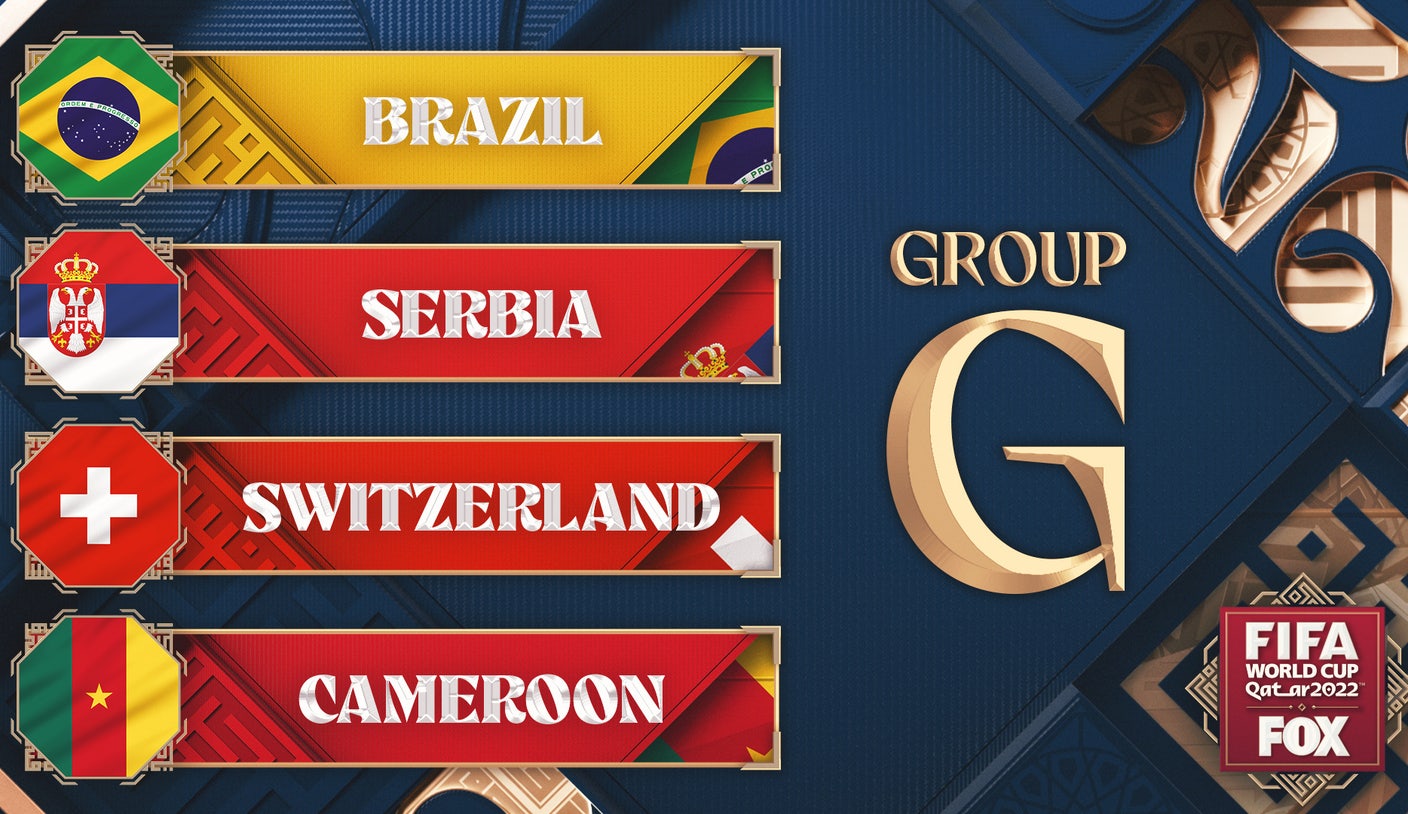 It’s been 20 years since Brazil last won the World Cup. As the No. 1-ranked team in the world, it is certainly a favorite to win it all in Qatar. Four years ago, Seleção relied too much on Neymar and lost to Belgium in the quarterfinal, but with a deep roster of stars who play in the world’s top leagues, Tite’s team is expected to make it out of the group unscathed.

However, you can’t overlook competitive European sides in Switzerland, which Brazil tied in the 2018 group stage, and Serbia, which beat Cristiano Ronaldo’s Portugal during qualifying. Cameroon is also an experienced group and battle-tested following a playoff win over Algeria.

What we’re excited to watch: Neymar is one of the most popular and captivating superstars in the sport. The PSG attacker scored eight goals for Brazil during qualifying and will soon – perhaps in Qatar? – pass Pele as their nation’s all-time leading goal scorer (Pele scored 77 goals for Brazil and Neymar has 75 heading into the World Cup).

What success looks like: World Cup title or bust

Achilles’ heel: Messi recently said that he’s picking either Brazil or France to win the World Cup. With a stacked roster, there’s pressure on Tite and his players to bring home a record sixth title.

X-Factor: Brazil has won or drawn 28 of its last 29 matches going back to 2019 with the one loss coming in the 2021 Copa America final to Messi and Argentina. Since then, Tite’s experienced group didn’t lose a single CONMEBOL World Cup qualifying match and is feeling confident heading into Qatar.

Three things you need to know about Brazil

Alexi Lalas provides three things you need to know about Brazil ahead of the 2022 World Cup.

What we’re excited to watch: This is a team that stunned Ronaldo and Portugal to qualify for the World Cup and is looking to advance out of the group stage for the first time. Can they carry that momentum forward and make a run?

Achilles’ heel: There’s a lot of talent here. But can Stojkovic get his squad to play together and catch lighting in a bottle?

X-Factor: Mitrovic, the country’s all-time leading scorer, scored the game-winning goal against Portugal to solidify Serbia’s spot in the World Cup. He scored a record 43 goals for Fulham during the 2021-22 season and scored eight goals for Serbia during qualifying. Can he keep up this impressive streak and lead his country out of the group?

What we’re excited to watch: The 2018 World Cup group stage rematch between Switzerland and Serbia on Dec. 2. Granit Xhaka and Xherdan Shaqiri, who scored the game-winner in the 90th minute of that game, made headlines for celebrating their goals with an Albanian nationalist symbol. Both players, who are also team captains, are of Albanian-Kosovan heritage and Kosovo is not recognized by Serbia.

Achilles’ heel: Goalkeeper Yann Sommer, who famously saved a penalty kick by France’s Kylian Mbappe during the 2020 Euros and set a Bundesliga record with 19 stops in one match, recently injured his ankle. He’s a key veteran player for the Swiss and they’ll need him healthy in Qatar.

X-Factor: Switzerland should feel good about its chances to advance out of the group as long as Chicago Fire winger Shaqiri is in top form.

What we’re excited to watch: How will 26-year-old goalkeeper Andre Onana, who starts for Inter Milan, fair against top goal scorers in this group like Neymar, Vinicius Jr., Aleksander Mitrovic and Xherdan Shaqiri?

Achilles’ heel: Song’s side doesn’t have quite the roster of European stars as other teams, so Cameroon will need some magic akin to what they found in the final round of World Cup qualifying.

X-Factor: Cameroon will lean heavily on veteran Aboubakar to deliver. Aboubakar, the team captain, scored the most goals (eight) of any African player at this year’s Cup of nations.

News Next Desk - December 8, 2022 0
Gujarat Election Results 2022: The Bharatiya Janta Party has crossed the halfway mark in the counting trends with the saffron party leading on over...
%d bloggers like this: