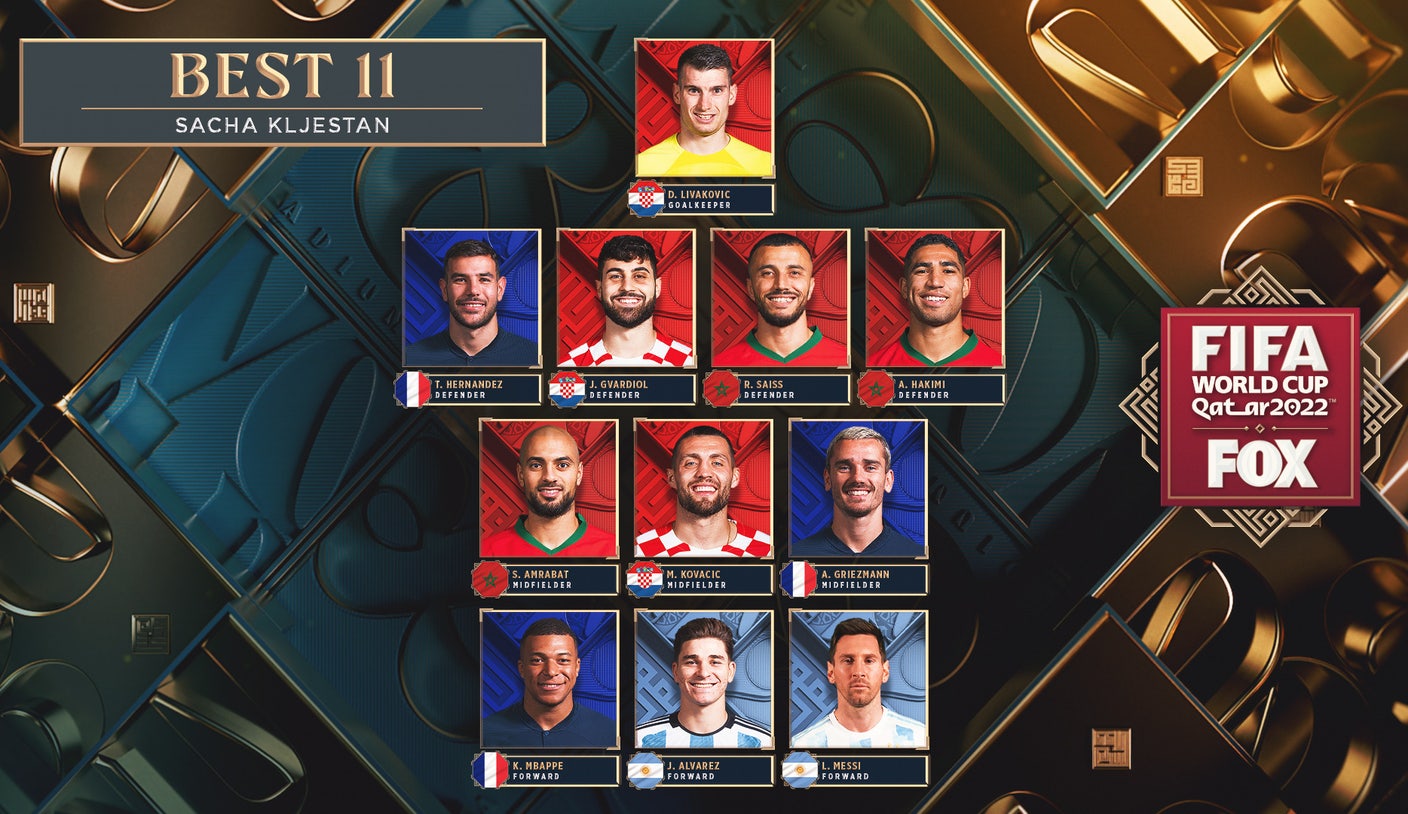 The FIFA World Cup is a great opportunity for players to make names for themselves on the international stage — or make the jump from stardom to superstardom.

Who were the standout performers at each position in this year’s tournament? The “World Cup Now” crew put together their best lineups, starting at the top with the head coach.

Conrad: I know Olivier Giroud can be a choice here, but I’m going with Julián Álvarez. I think that he has been such a nice No. 2 — the Robin to Messi’s Batman — in this particular competition, but they had to figure that out. Argentina started Lautaro Martinez first, and that didn’t exactly go as planned. In Julián, they found someone who’s doing the dirty work and creating the spaces that Messi needs to have success. I think he’s more important to Argentina right now than Giroud is to France.

Julian Alvarez’s goal in the semifinals helped seal the victory for Argentina.

Beasley: If you get two World Cup finals back-to-back, I think you deserve some credit. You look at how deep France is with their current squad and the players that it lost. But about they players France did use? The young players. Aurélien Tchouaméni probably wouldn’t have played, Adrien Rabiot probably wouldn’t have played because of Paul Pogna and N’Golo Kante. I know they’re good players but at the same time, the coach has to make it work and make them buy into what he’s selling.

France’s Aurelien Tchouameni scores an impressive goal from the top of the box shot against England.

Kljestan: I thought Mateo Kovačić was fantastic. He was Croatia’s best midfielder throughout this tournament. The ability to pick up the ball, drive it forward in a key possession and not just defer to Modric. I think Brozovic deserves a shout as well. Modric just wasn’t that great in the entire tournament, so I gave it to Kovačić.

Every goal by Croatia

Check out all the goals from Croatia in the World Cup, including scores from Andrej Kramarić, Ivan Perišić, Marko Livaja, Bruno Petkovic and Lovro Majer.

Ortiz: Lionel Scaloni finally found that secret ingredient to make the team, one, reach the final for the first time in eight years and, two, be the best version of Argentina that’s existed in the past decade. He has done it from Copa America through this World Cup. I also think we have to give a lot of credit to Scaloni for being so young. He played with Lionel Messi. He lived in that system. He knew the environment. He used his own tactics, but he also used his own knowledge of what it’s like to be a player.

Check out every key moment from an instant classic.