Home Lifestyle World Book Day 2022: From ancient scrolls to digital
Today, we live in a world where the print medium has somewhere lost its charm and grasp. With technology taking control of our lives, we have moved from reading physical copies of books to their digital versions via e-readers and Kindle. The e-reader market revenue is forecasted to grow in the coming years, reaching roughly USD 23.12 billion by 2026.

The history of the book starts with the development of writing, and various other inventions such as paper and printing, and continues through to the modern-day business of book printing. The earliest knowledge society has on the history of books predates what would conventionally be called “books” today and begins with tablets, scrolls, and sheets of papyrus.

The ‘first’ books
Among the first books were the ancient scrolls, which were made as early as the 4th millennium BC/BCE. But the earliest printed book in the form that we know now, with pages bound together, is the ‘Diamond Sūtra’. 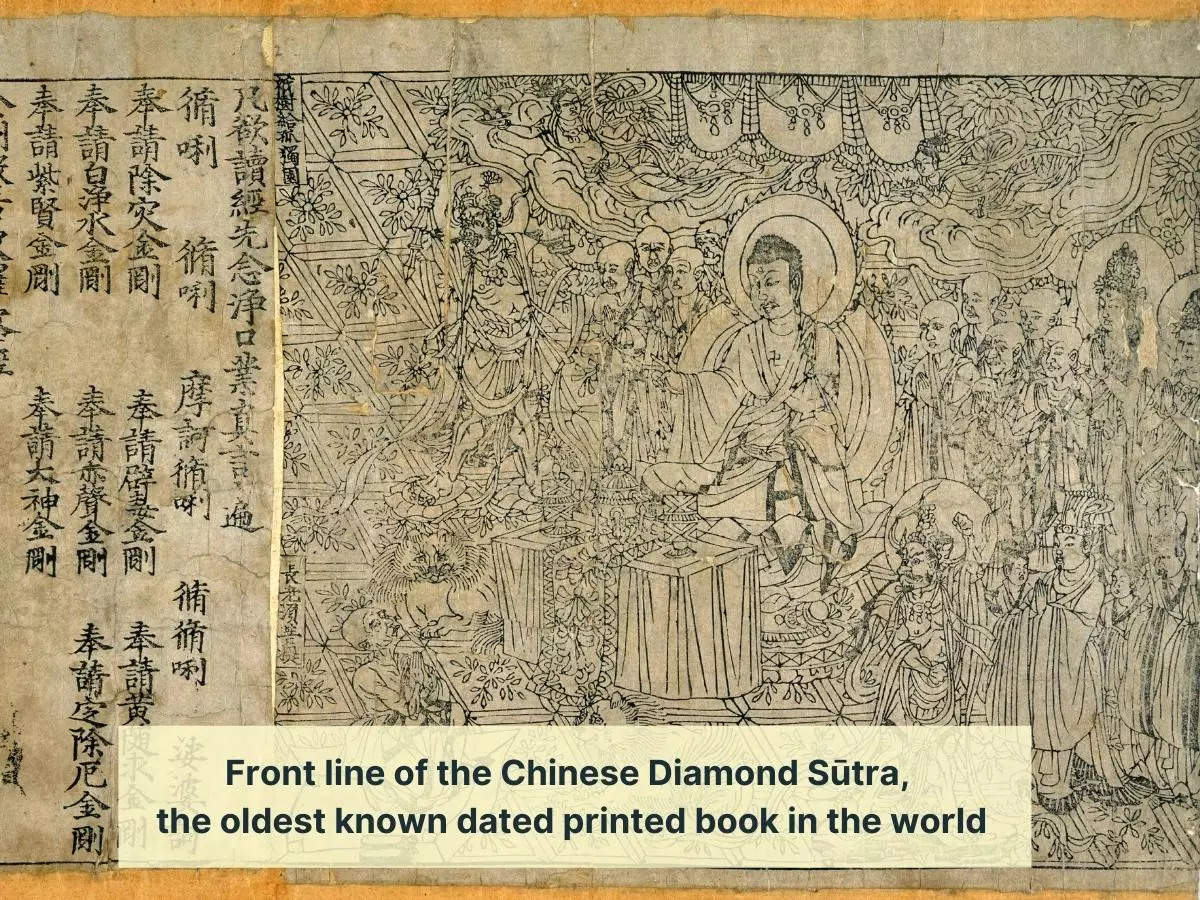 A copy of the Tang-dynasty Chinese version of the ‘Diamond Sūtra’ was found among the Dunhuang manuscripts in 1900 by Daoist monk Wang Yuanlu and sold to Aurel Stein in 1907. They are dated back to 11 May 868. It is, in the words of the British Library, “the earliest dated printed book”.

The manuscripts during this time were largely handwritten on parchment. The books during this period started to be decorated with gold and silver, with illustrations added, making them exquisite additions to a rich person’s collection.


In China, the first movable type, made of wood, was invented around 1000 AD. However, the complexity of Chinese characters and the soaking properties of wood made it very labor-intensive to use, so it did not take off. 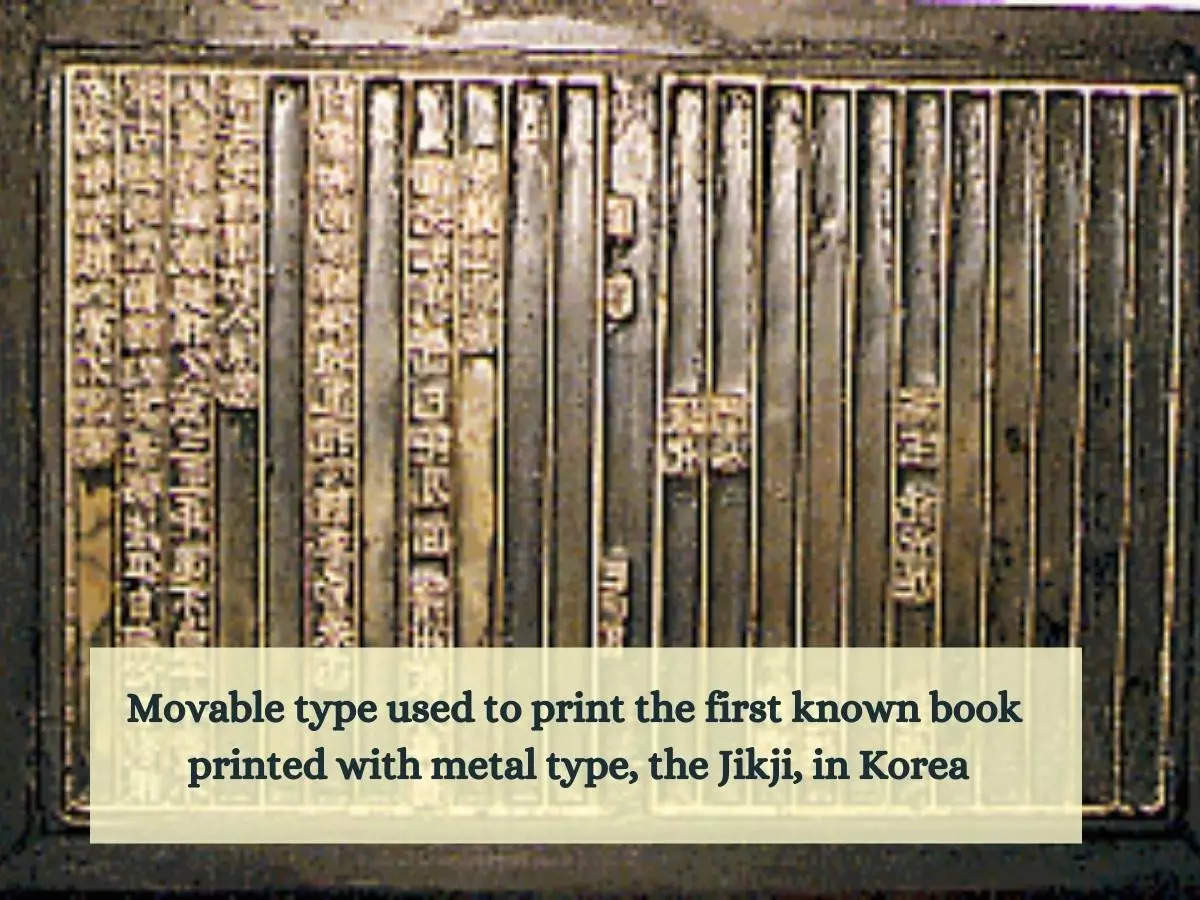 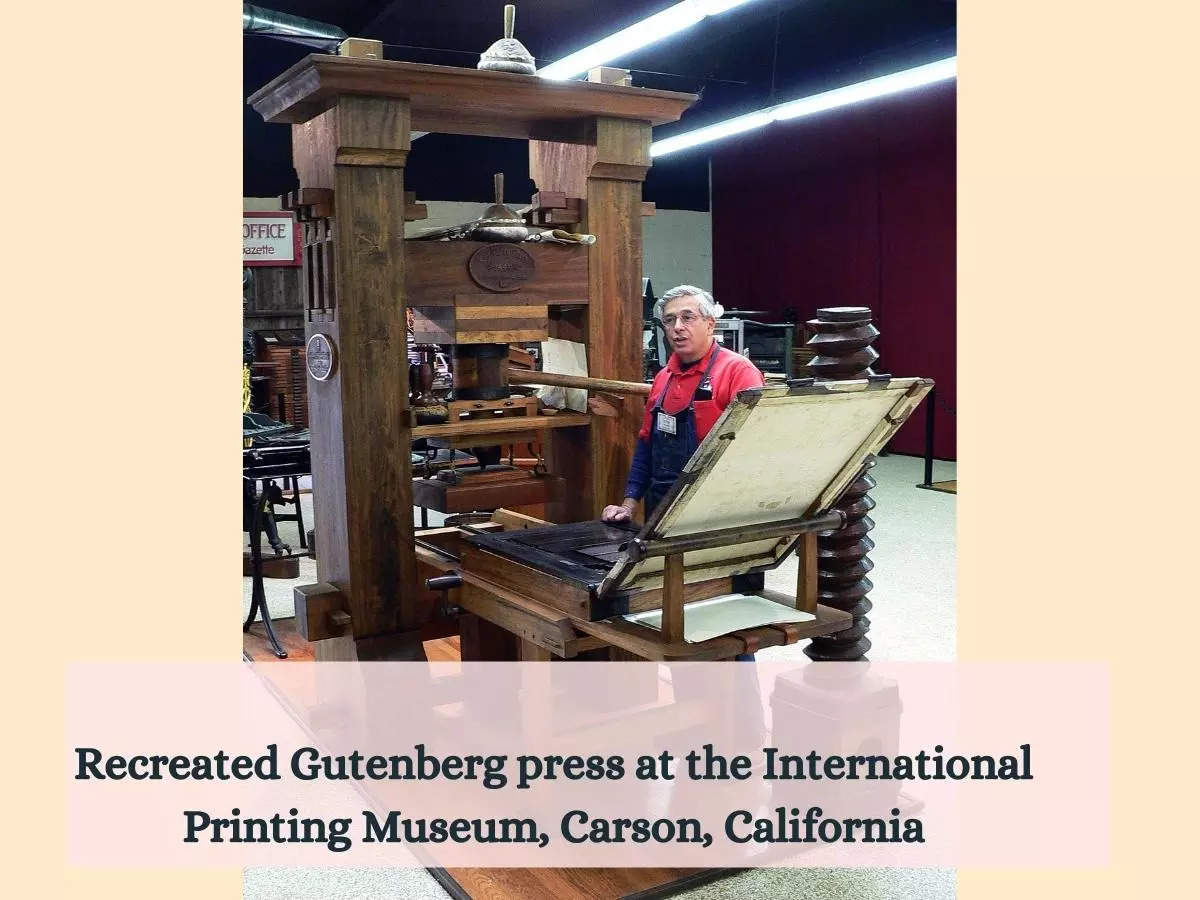 Then, in 1439, Johannes Gutenberg, using his metalworking skills, designed a methodical and reliable printing press that allowed for the mass production of books. The first mass-produced book was ‘The Gutenberg Bible’, printed in 1455 using movable metal type. It contained the Book of Psalms from the Bible. To this day, only 11 copies of this book are known to exist.

Arrival of the cheap paperbacks (1832 to 1860 AD)
The continued decrease in the cost of printing plus the improvement of education among the masses paved the way for the first mass-printed paperbacks. In the UK, the main market for these paperbacks were the youth and the working class adult. One of the most popular series printed during this time was ‘Black Bess’ or the ‘Knight of the Road’, a series that ran for a whopping 254 episodes.

The hardbacks (1900s)
At the turn of the 20th century, hardbound books rose in popularity. During this time, the Boni brothers founded the Modern Library, which soon evolved into Penguin Random House, one of the largest publishing houses today.

Arrival of computers (1970s)
With the invention of the commercial microprocessor in the 1970s, it became easier to go through the process of editing and designing books. Eventually, it also paved the way for the digitization of books, beginning with the first book put on CD in the 1980s, ‘The New Grolier Electronic Encyclopedia’.

The current format
The current format that we consider to be books, with separate sheets fastened together rather than a scroll, is called a codex. Then hand-bound, expensive, and elaborate manuscripts appeared in codex form. These gave way to press-printed volumes and eventually led to the mass-printed volumes prevalent today. Contemporary books may even have no physical presence with the advent of the e-book. The book also became more accessible to the disabled with the advent of Braille and spoken books.

From coconut crepes to makhana lassi: Give your Navratri

Delhi Rains: 4 veggies you should avoid during the rainy

5 powerful signs from the universe that you should never