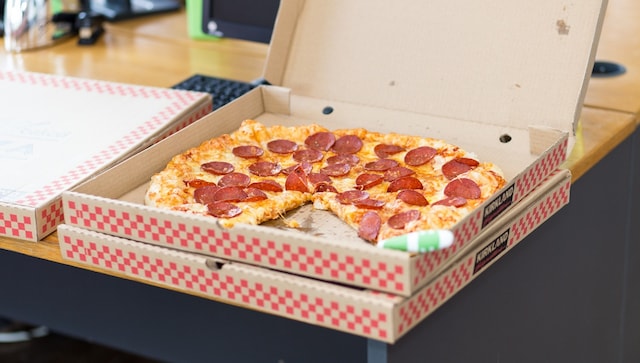 Online food delivery giants like Zomato, Swiggy, and FoodPanda have become quite popular in today’s world and are known for their delivering orders to customers within minutes. But, how would you feel if you heard about a food order being delivered from one continent to another? Well, this indeed happened and was made possible by none other than Food Panda, a leading online food delivery platform across Asia. As a part of this, a woman from Singapore went across four continents, crossing over 30,000 km to deliver food to Antarctica.

The feat also went on to become the world’s longest food delivery. Sharing her journey on Instagram, the woman, Maanasa Gopal, can be seen carrying a food package in her hands along with her backpack throughout the journey. Furthermore, her video also states that she began by travelling From Singapore to Hamburg in Germany. From there she went to Buenos Aires in Argentina, and then finally took a flight to Antarctica from Ushuaia.

Her caption read, “Super excited to partner with the amazing folks at FoodPanda Singapore to pull this off, it’s not everyday that you get to deliver Singaporean flavours across 30,000+ km and 4 continents to one of the most remote places on earth!” She also mentioned that the entire journey was carbon offset in partnership with their green partners.

Notably, the woman in another also divulged more details about her trip. Maanasa said how she was trying to raise funds for her Antarctic expedition last year and wanted brand sponsorship, especially from FoodPanda.

It was just a month later that she finally got a response from them and thus she managed to fulfill her quest.

In the meantime, her video has gone viral and grabbed the attention of many. People took to the comment section and lauded her for her achievement. While many showered her with heart and fire emojis, some also asked what food item was delivered in the special order.