Home World With his girlfriend in labour, man brings Xbox console to hospital to... 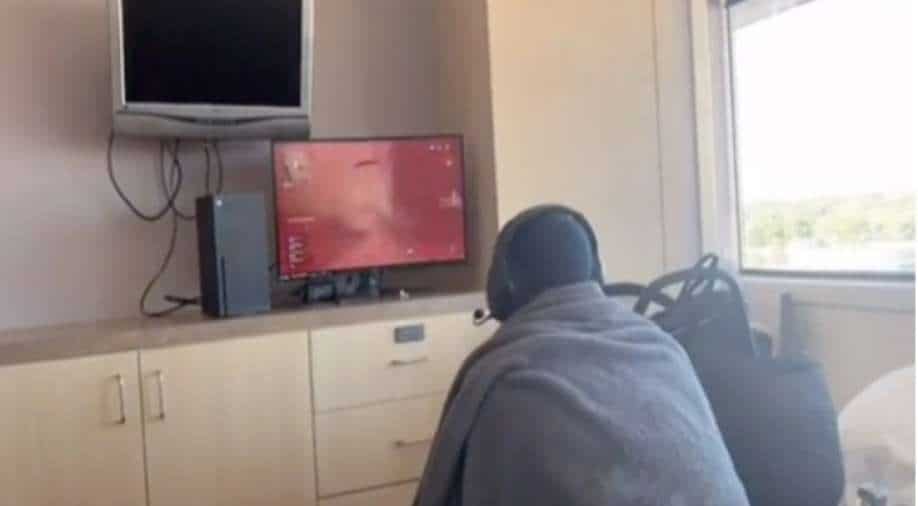 A man in United States brought his entire gaming system—Xbox, monitor and a headset—to a hospital where his girlfriend was in labour.

The video of the dad-to-be was posted on TikTok by his partner Amber and has since gone viral. It has reportedly been viewed over 1.6 million times and has gained 45,000 likes and 3,200 comments.

In the clip, the man can purportedly be seen sitting at the foot of the hospital bed playing a shooting game while his girlfriend watches.

The man apparently brought his gaming console to “kill the time” while his Amber was in labour for 21 hours.

“My boyfriend brought his entire gaming system to the hospital during my 21-hour long induction,” Amber wrote at the top of the video, according to the Mirror.

However, several people were displeased with the man’s behaviour, and many questioned his commitment to take care of her pregnant partner.

“I love my games, but I’ve never attempted to do this got better things to worry about,” chimed in another user.

Someone else said: “I wouldn’t mind after labour but during is a different story.”

But there were others who jumped in to defend the man.

One person said, “I mean what ya wanted him to do? Sit there for 21 hours staring at her? She was probably more entertained watching him play… I would be.”

Another viewer commented: “I went through a long induction process as well and I definitely wouldn’t have minded if my kid’s father brought his game.”

However, the new mother quickly came to his partner’s defence, saying that she was “okay” with the father bringing his console and that she really didn’t feel any pain until 19 hours had gone by.

Amber also assured everyone that she also had a way of passing the time by watching movies and browsing TikTok.

Over 1,700 environmental activists killed in decade, most in Latin American...