Home World Will window shopping for sex in Amsterdam end this week? 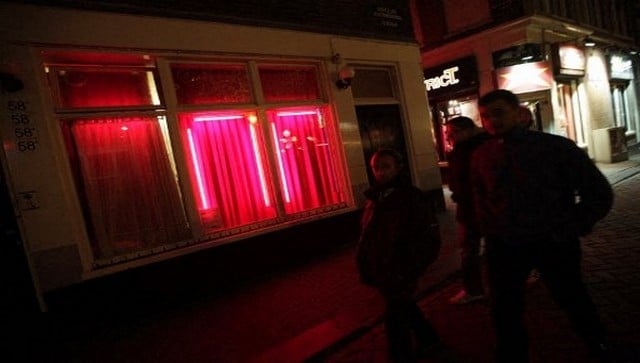 The move was proposed by the country’s Democratic 66 party and under it the drapes will remain shut. AFP

Amsterdam: Netherland’s capital Amsterdam might shut the drapes of the city’s famous window brothels which were used by sex workers to advertise themselves. Currently, the red curtains are only kept down when a client is in the room or if the sex worker is absent.

In a bid to improve the image of the De Wallen district – the area where the brothels are located – and to get more in sync with the ‘Me Too’ movement, Amsterdam’s municipal council is expected to vote this week to keep the curtains of window brothels down permanently, according to a report by The Telegraph.

The move was proposed by the country’s Democratic 66 party and under it, the drapes will remain shut and clients will be asked to book via a QR code as opposed to the previous provision of booking directly to the sex worker from behind the glass.

The proposal hasn’t been welcomed by many sex workers. They say that shutting the drapes permanently will threaten their safety as it will be harder for them to assess potential clients.

Speaking to The Telegraph, a sex worker said that Amsterdam is the “world’s safest place to work.”

She said, “How can I attract clients with the curtains closed. They say it is for my protection, but that is nonsense. If someone denigrates me, I denigrate them back. It isn’t an automatic service I negotiate. If drunk people come, I don’t let them in.”

This week, Amsterdam’s municipal will vote to set the proposal into motion. The proposal, if approved, will also ban smoking cannabis in public areas in the district, closing bars at 2 am rather than the usual 4 am, among other things.

“We need to get rid of this image of Amsterdam as a city where you go to do all the things that aren’t allowed at home, such as drugs and prostitution,” he said.