Home World Will Sri Lanka get a new prime minister? What next for President... 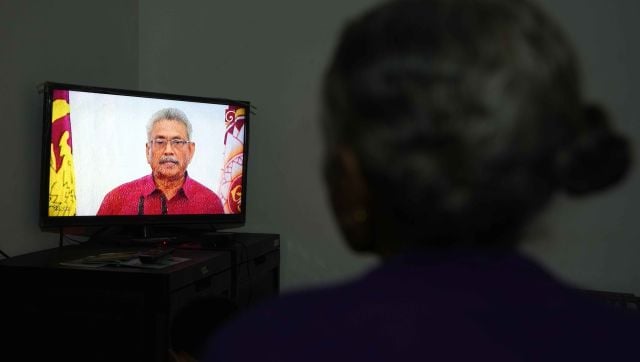 Five-time former premier Ranil Wickremesinghe is the frontrunner to take over as Sri Lanka prime minister amid the raging crisis in the island nation. President Gotabaya Rajapaksa has refused to step down but has pledged to give up most of his executive powers 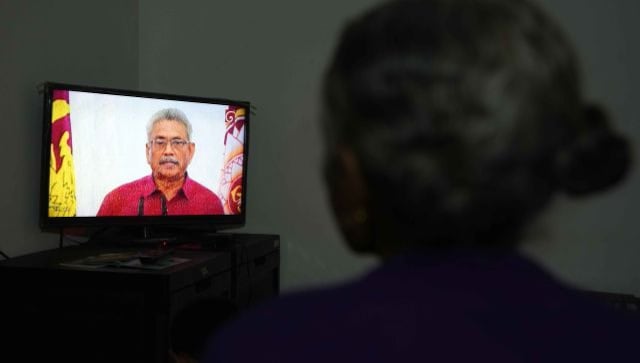 Days after Sri Lanka prime minister Mahinda Rajapaksa was forced to quit, his younger brother and President Gotabaya Rajapaksa remains defiant, refusing to step down even as calls grow for his resignation.

Gotabaya has instead pledged to form a new government after protests against the crisis over shortage of fuel and food turned violent earlier in the week. The president has promised to appoint a new prime minister, empower the Parliament and abolish the all-powerful executive presidential system as reforms to stabilise the country engulfed in a political and economic crisis.

In a televised address, President Gotabaya Rajapaksa said that without taking sides he condemns attacks on peaceful protesters by mobs who came to support his brother and the former prime minister Mahinda Rajapaksa.

“I am taking steps to appoint within this week a new prime minister who has the trust of a majority in Parliament, who can win over the confidence of the people and a new Cabinet to control the current situation, to stop the country from falling into anarchy and to continue the government’s functions that are at a standstill,” the 72-year-old leader said. Ranil Wickremesinghe to take over as PM?

Respected five-time former premier Ranil Wickremesinghe is the frontrunner to head a “unity government” with cross-party support in the 225-member parliament and replace Gotabaya’s elder brother Mahinda. “A swearing-in is likely today unless there is a last-minute hiccup,” a senior official close to the president told AFP.

The United National Party (UNP) leader is expected to form a new Cabinet comprising members of Parliament (MPs) from multiple parties. Wickremesinghe reportedly held a lengthy discussion with the president where he was assured of support from the Sri Lanka Podujana Peramuna (SLPP) while a breakaway group from the main opposition party Samagi Jana Balawegaya (SJB) – around 20 – are likely to support him.

A split in the SJB came out in the open when its leading figure Harin Fernando told reporters that he had decided to remain independent of the party. Gotabaya reportedly turned to Wickremesinghe after the SJB leader Premadasa was unwilling to be the prime minister in the interim government until the president quit.

“This is not a time to put conditions and shirk our responsibility, every passing minute without a government would be disastrous,” Fernando said, adding that he would support any interim prime minister to run the country.

However, all remains uncertain until Wickremesinghe is sworn in as the new prime minister. Gotabaya Rajapaksa has refused to step down as president but said that he will give up most of his executive powers. AP

In a bid to win over the opposition who wanted Gotabaya to go, the 72-year-old pledged to give up most of his executive powers and set up a new Cabinet this week. “I will name a prime minister who will command a majority in parliament and the confidence of the people,” he said in the televised speech.

Gotabaya said when some normalcy returns, he will take steps to abolish the country’s powerful executive presidential system.

Meanwhile, a curfew was lifted in the country Thursday morning only to be re-imposed after a six-hour break allowing people to stock up on essentials.

Rumours of a military coup

Armoured trucks with soldiers riding on top rolled into some areas of Colombo. Defying the curfew, some protesters regrouped opposite the president’s office to continue demonstrations that began over a month ago. Police announced over loudspeakers that it is illegal to stay in public places during the curfew, reports the Associated Press.

Videos posted on social media showed lines of military trucks moving out of the capital, along with soldiers riding on motorbikes and setting up checkpoints across the country amid fears that a political vacuum could pave the way for a coup.

Kamal Gunaratne, secretary of Sri Lanka’s defence ministry, denied rumours of a military takeover at a news conference held with Sri Lanka’s army and navy chiefs. “When there is a dangerous situation in the country, powers are given to the military to deal with it,” he said.

“None of our officers has a desire to take over the government. It has never happened in our country, and it is not easy to do it here,” he added.

President Gotabaya Rajapaksa is a former top army officer and remains the country’s official defence minister. Gunaratne said that the army will return to its barracks once the security situation normalises.

Opposition leader Premadasa had earlier suggested that the violent unrest had been orchestrated to give the pretext for a coup. “In the guise of angry mobs, violence is being incited so military rule can be established,” Premadasa wrote on Twitter.

The United States state department expressed concern over the military deployment, with spokesman Ned Price saying it was “closely monitoring” the situation. Sri Lankan soldiers patrol during curfew in Colombo. The military has denied rumours of a coup. AP

A report in Bloomberg suggested that protesters in Sri Lanka are demaind that the president resign, as the chants of “Go Home Gota” do not subside. “If the president resigns, then immediately whoever becomes prime minister would take over, with the house speaker as next in line,” the report points out.

Gotabaya’s speech last night suggests that he has settled for the third. However, the people of Sri Lanka may not be in for a compromise.

News Next Desk - October 7, 2022 0
Considered the next frontier in the Digital revolution of India, Metaverse is going to revolutionize the way people connect, communicate, and consume information. According...
%d bloggers like this: