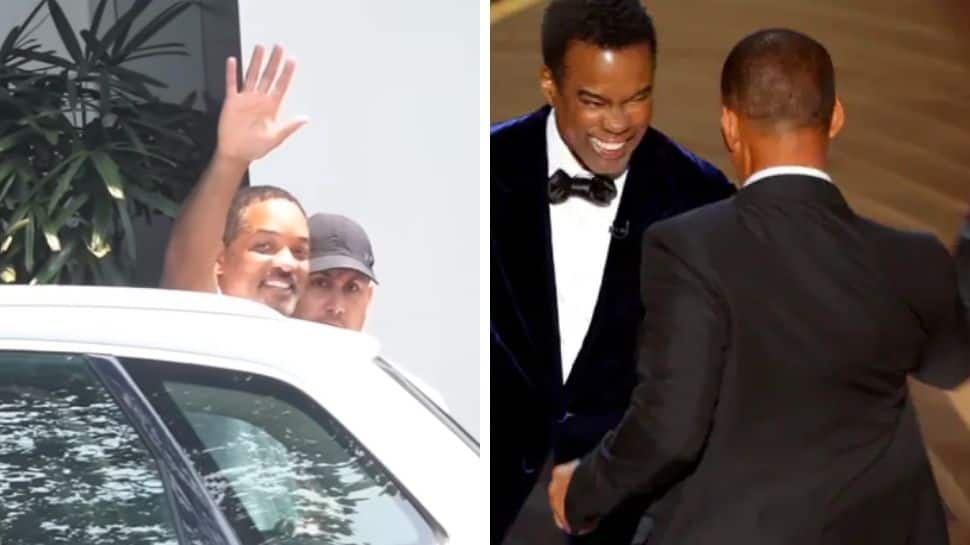 New Delhi: Hollywood actor Will Smith is in India, as he was spotted at Mumbai’s Kalina airport on Saturday morning (April 23). The actor had gained notoriety a while ago for his infamous slap incident at the Oscars 2022 when he slapped comedian Chris Rock for cracking a joke on his wife Jada.

His violent outburst was condemned by many including the Oscars committee which put a 10-year ban on the actor. Now, it appears, Will has arrived in India and his videos are already going viral.

Celebrity photographer Viral Bhayani shared a video of the actor stepping out of his car and waving at the paps. He was seen wearing a white tee as he stepped out.

However, the actor got trolled by netizens in the comment section as they brought up the slap incident and jokingly asked who will he slap next.

One user wrote, “Yaha kiske kaan kholne aaya hai bhai (Who’s ears will he open here?).” Another said, “Trying to find work in bollywood now, After getting rejected by Hollywood?” According to the post, he was staying at the luxurious hotel JW Marriott, Juhu in Mumbai.

For the unversed, Will Smith smacked comedian Chris Rock for making a joke on his wife Jada Pinkett’s shaved head during Oscars ceremony. Chris expressed that he couldn’t wait to see Jada in ‘G.I. Jane 2’. This irked Will as Jada has a medical condition called alopecia which causes her to lose hair. He went up on stage and slapped Chris.

Later, he apologised to all the Oscars guests during his speech and then issued a note on social meida as well.