Home World Will Donald Trump pull of a Grover Cleveland, the only US president... 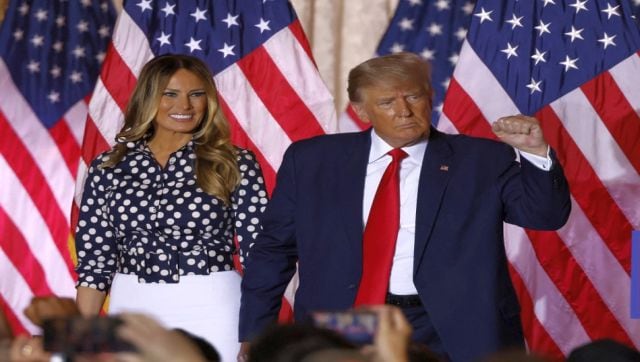 “In order to make America great and glorious again, I am today announcing my candidacy for president of the United States,” said Donald Trump as he launched his 2024 campaign for the White House.

Making his intentions even clearer, the former US president speaking from his Mar-a-Lago residence added, “America’s comeback starts right now” amid huge cheers from his supporters.

Earlier in the day, his aides filed paperwork with the US Federal Election Commission setting up a committee called “Donald J Trump for President 2024.”

Trump’s path to the White House won’t be easy — the lacklustre performance of the candidates backed by him in the recently-held midterm elections has put him on the backfoot with his party. Many Republicans blame him for their party’s poorer-than-expected performance.

Some within the Grand Old Party want a change of guard, with many looking at Florida Governor Ron DeSantis, especially after his recent resounding win, as the next Republican Party’s 2024 presidential nomination. Other candidates in the fray include his own former vice president, Mike Pence, Virginia Governor Glenn Youngkin, Texas Governor Greg Abbott, former South Carolina Governor Nikki Haley and former Secretary of State Mike Pompeo.

If that’s not bad enough, Trump’s push for another White House term also comes at a time when he is facing a congressional subpoena regarding his role in the attack on the US Capitol by his followers on 6 January 2021, as well as a criminal probe by the Justice Department into his possession of official papers taken when he left office.

Also read: The four legal battles that Donald Trump faces as he prepares for another White House bid

Whether Donald Trump is actually successful in his bid to become America’s president, he represents something rare in American political history. He is only the fifth former president attempting to return to power in non-consecutive terms. Of the previous three presidents, only one was able to return to 1600 Pennsylvania Avenue in all of America’s history.

Let’s take a closer look at these former president’s bid to power and what lessons can Trump learn from their candidacies. 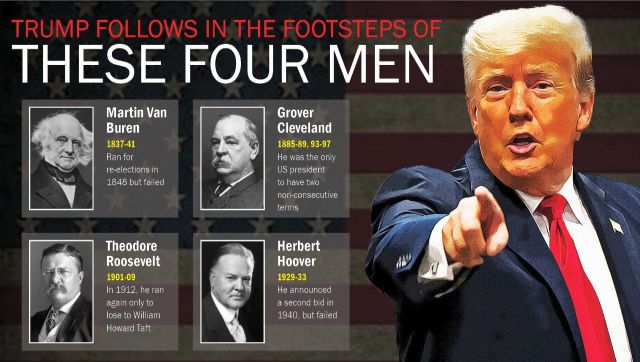 Donald Trump hopes to follow in the footsteps of Grover Cleveland, America’s 22nd and 24th president — the only commander in chief ever elected to two non-consecutive terms.

Born in New Jersey in 1837 and raised in upstate New York, Grover Cleaveland, one of nine children of a Presbyterian minister, and became the first Democrat president after the Civil War in 1885.

A bachelor when he was elected to power, he married 21-year-old Frances Folsom in the summer of 1886, becoming the only US president to wed while in office. 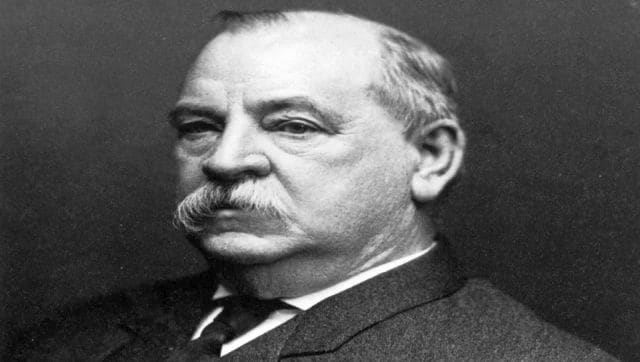 During his tenure as president, he cracked down on railroads that had illegally annexed federal lands in the west and signed the Interstate Commerce Commission into existence — the first federal agency to make some attempt at regulating industry.

When it came time to run again in 1888, the Republicans nominated Benjamin Harrison of Indiana — a Civil War general and the grandson of President William Henry “Old Tippecanoe” Harrison.

When the results came in, Cleveland won the popular vote by more than 100,000 votes, but Harrison won the electoral college vote 233 to 157.

It was then that Cleveland’s wife, Frances Cleveland, the youngest first lady, told a member of the White House staff, “Now, Jerry, I want you to take good care of all the furniture and ornaments in the house, for I want to find everything just as it is now, when we come back again.”

The family then moved to New York and enjoyed post-presidency life. However, Cleveland found there was only so much excitement in being a private citizen.

He observed political happenings in Washington and won his re-election campaign in 1892, making his way back to the White House where he served until 1897.

After leaving the White House, Cleveland lived in retirement in Princeton, New Jersey and died in 1908.

Other than the fact that Trump seeks to replicate Cleveland’s success, the two also shared a sense of secrecy over their personal affairs. Cleveland was particularly secretive about his medical history, largely because he suffered cancer of the mouth, and feared he needed to have surgery secretly, as revealing the nature of his illness would worsen public anxiety over the economic depression.

There are other presidents in American history who have attempted to rise from the defeated presidential ashes.

One of them and perhaps the first to do so was Martin Van Buren. The third of five children, Van Buren, a lawyer, became involved in New York politics.

He was also considered as one of the architects of Andrew Jackson’s winning presidential campaign in 1828. For this, President Jackson rewarded him by appointing him Secretary of State. As years progressed, he became vice president and in 1836, Van Buren, also known as ‘the Little Magician,’ and the ‘Sly Fox’, won the presidency.

In 1840, Van Buren, who became unpopular owing to the financial panic, lost his re-election bid against William Henry Harrison, a Whig.

In 1844, Van Buren attempted a political comeback, but a fiercely contested Democratic convention instead nominated James Polk of Tennessee.

In 1848, Van Buren ran as a candidate of the Free Soil Party, which included members of the antislavery factions of the Democratic Party (the “Barnburners”) and the Whig Party, but he received only 10 per cent of the vote.

That was the end of Van Buren’s political career and in 1862, he passed away.

Of the four candidates who attempted non-consecutive terms at the White House, Theodore Roosevelt, aka Teddy Roosevelt, is the most popular.
The Republican first came to power in 1901 before he turned 43, making him the youngest American president.

In office, he brought new excitement and power to the presidency, as he vigorously led Congress and the American public toward progressive reforms and a strong foreign policy. Theodore Roosevelt, not quite 43, became the 26th and youngest President in the nation’s history in 1901 and served as president until 1909. AFP

In 1904, he was re-elected to power and that’s when he announced that he would not seek a third term. In 1909, he stepped aside and watched as his hand-picked successor, William Howard Taft, won the election to the presidency.

Leaving politics behind, he went off on a year-long African safari. However, he returned to the US with a political itch; in 1912, he challenged Taft for the Republican nomination. When he was unable to secure his candidacy, he formed the new Bull Moose Party.

The election was closely observed and probably the biggest moment took place when he was shot in the chest by a fanatic during his campaigning in Milwaukee.

In the end, the Democrat, Woodrow Wilson, won, leaving behind Roosevelt and Taft to lick their wounds.

Before serving as America’s 31st president from 1929 to 1933, Herbert Hoover had achieved international success as a mining engineer and worldwide gratitude as ‘The Great Humanitarian’ who fed war-torn Europe during and after World War I.

As president, one of the biggest challenges for Hoover was The Great Depression. His handling of the Depression was criticised by many and soon it became known as the “Hoover Depression”. Former US president Herbert Hoover (right) had achieved international fame as ‘The Great Humanitarian’ when he fed war-torn Europe during and after World War I. File image/AFP

In 1932, he came up against the Democrats’ Franklin Roosevelt and lost. In 1940, Hoover made attempts to win the Republican nomination and avenge his defeat eight years earlier. However, it was not to be and he bowed out of politics.

News Next Desk - December 6, 2022 0
A 139-run sixth-wicket stand between Shahadat Hossain and Jaker Ali rescued Bangladesh A from getting bowled out for a small total. Shahadat top scored...