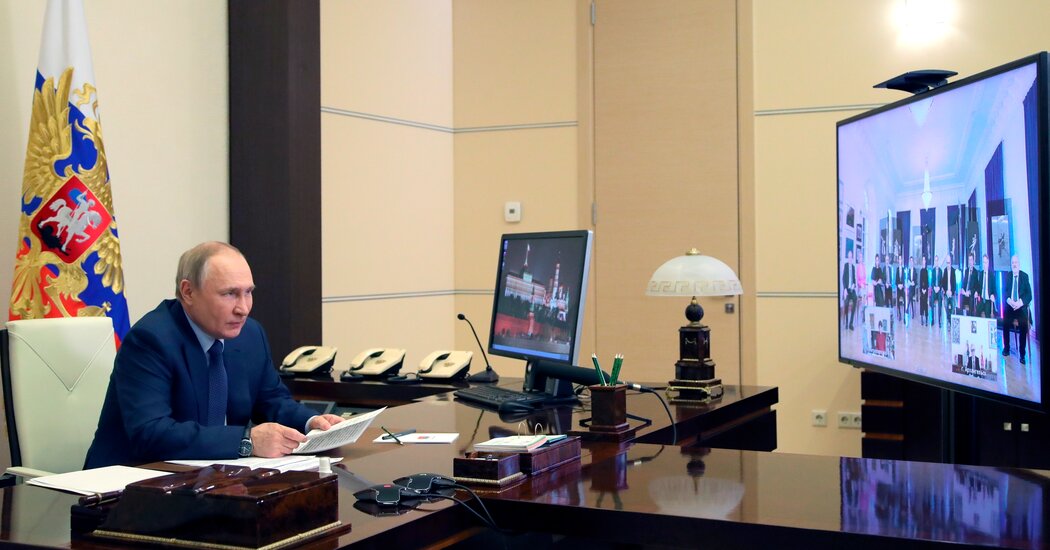 It would be easy to start this newsletter by commenting on how odd it was that Putin took time out of a televised address, in the midst of a war, to complain that the West was being too mean to J.K. Rowling. During a speech on Friday, he claimed that Western elites had “canceled” the Harry Potter author because she “did not please fans of so-called gender freedoms.” (In fact, though Rowling’s views have led many to accuse her of transphobia, her career is just fine.)

But the truth is that I don’t think it was odd at all.

Putin’s claim was just the latest minor addition to a yearslong pattern of scaremongering politics. For the past decade, as he has carried out an authoritarian crackdown on Russians’ political rights and freedoms and concentrated power in his own hands, he has also repeatedly claimed that shadowy Western elites are trying to destroy traditional Russian family values, impose gay ideology on unsuspecting Russian children, or even subject children to sexual abuse.

Taken together, Putin’s message has been clear: Without him, Russia’s traditional values would be erased, and Russian children would be in danger. And so any sacrifices needed to maintain his power were worthwhile.

It worked. That campaign brought Putin crucial support as he dismantled Russia’s nascent democracy, with consequences now playing out in Ukraine, as well as within Russia itself.

But the reasons that kind of politics worked are worth examining more closely. Right-wing politicians around the world are now making similar arguments about gender to bolster their own popularity, even as they threaten democratic institutions in their own countries — including in the United States.

To understand what might be going on here, I called Felicia Pratto, a social psychologist at the University of Connecticut who is one of the world’s foremost experts on intergroup relations and social dominance theory. Why, I asked her, would whipping up fears about sexual orientation and trans rights be so powerfully motivating that it could help convince people to sacrifice fundamental political rights?

Gender, she said, is a particularly potent kind of social hierarchy for politicians to tap into, because it affects nearly every aspect of people’s lives. And people can be invested in the stability and safety that hierarchy seems to offer, even if they aren’t at the top of it.

People who score high on psychological traits like social dominance orientation or authoritarianism feel attached to the stability of having reliable, stable hierarchies shape their lives.

It’s a feeling of threat, in other words, that goes far beyond just the loss of specific privileges.

“It evokes a kind of insecurity and instability that is frightening, and seems to go deeper than just the demands of feminism,” said Maria Brock, a postdoctoral researcher at Malmö University in Sweden, who studies anti-feminist and anti-L.G.B.T.Q. politics in the former Soviet bloc countries. “I think that people feel that after this, no truth remains. No stability. No foundation on which to build our kind of lives.”

Harnessing that sense of disorientation and fear — and promising protection from it — can be a powerful political tool.

The power of fear

Which brings us back to Putin, and his 10-year project of positioning himself as the protector of traditional gender roles in Russia.

“I don’t think — and people who studied Putin would agree — that he personally is heavily invested ideologically in ideas of gender and sexuality,” Brock said. “Whereas he is, I think, heavily invested in the project of Ukraine and the imperialist project.”

Rather, Putin has whipped up panics about gender and sexuality to demonize the West as a threat to the Russian way of life. In his telling, gay rights are a sign that the liberal West is in decline, but also that Russia needs a strong leader to protect its values.

“It has become a way of creating a divide between the liberal West, which is in decline, and Russia, which holds on to certain foundational positions, the only positions that can create a healthy society,” Brock said.

It’s a playbook that is not limited to Russia. Far-right populists around the world, including the Alternative for Germany party, the Law and Justice Party in Poland, the government of Jair Bolsonaro in Brazil and the Trump wing of the Republican Party in the U.S., have in recent years embraced a similar strategy — subbing in their own particular political agendas for Putin’s demonization of the West and justification of authoritarian rule in Russia.

“It sort of creates an ideological alliance where gender and sexuality serves as a kind of glue, something that ties together various positions, behind which can be anything — a Christian agenda, a right-wing agenda,” Brock said. “In Germany, it’s very strongly tied to anti-migrant sentiments as well.”

In the U.S., the right wing of the Republican Party has increasingly sought to restrict the rights of transgender people, and to ban discussion of sexual orientation and identity in schools. A recent directive from the Texas governor, for instance, called for the state to investigate parents for child abuse if they provided gender-affirming medical treatments to their transgender children. And this week, the governor of Florida signed a bill banning discussion of certain sexuality-related topics in some primary grades.

The ties between Putin and far-right politicians in Europe and the U.S. have drawn new scrutiny since Russia invaded Ukraine. But the more important lesson here may be that this type of politics can distract attention from, and deflect responsibility for, the erosion of democracy.

That is obviously not to say that the presence of gender-scare politics means that the U.S. is on a path to Putin-style authoritarianism. But as America grapples with threats to its democracy, it is worth paying attention to not just the threats themselves, but also the kinds of claims that might be used to justify democratic erosion — or distract from it.

“Repressive sexism comes along with a resurgence of nationalism,” Pratto said. “They go hand in hand.”