Home Sports Why Kobe, LeBron and other U.S. stars have been drawn to the... 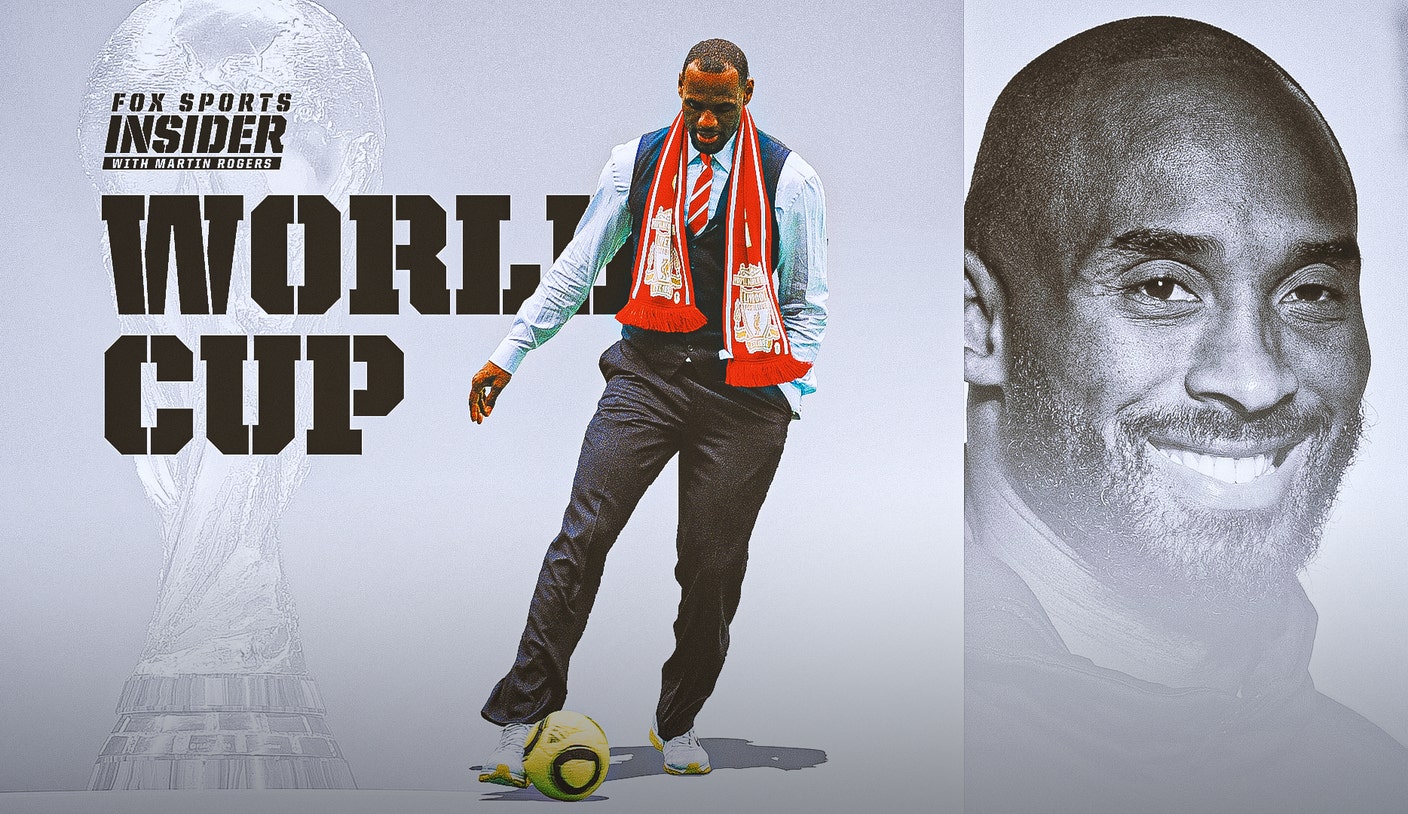 In the summer of 2018, Kobe Bryant was up early each day, because he was Kobe Bryant, and that’s what he did — even a couple of years into retirement.

If there was one thing Bryant could do as well as he played basketball it was managing time, and he was adamant that the secret to productivity was getting after it in the darkened hours, when everyone else was still snoozing.

He’d get all kinds of things done pre-dawn, he told me, 17 months before his tragic death in a helicopter crash. Business matters, ideation for his burgeoning media start-up, physical exercise; things that could be completed in solitude and free up later time to spend with his wife and daughters.

And, for a solid month four years ago, his morning routine permitted the slightest tweak for a new element, one he was devoted to.

Bryant spent part of his childhood in soccer-mad Italy, where his father, Joe, played professional basketball, and where calcio became his first sporting love. He never stopped following soccer, got to know David Beckham when the English star moved to the Los Angeles Galaxy in 2007, traveled to the 2010 World Cup in South Africa days after winning the NBA Finals, and found the opening part of the 2018 World Cup matched up beautifully with his schedule.

By 5 a.m. Pacific time, when the first World Cup games kicked off in Russia, “retired” Bryant had already fully awoken and crossed off some daily tasks. As the likes of Cristiano Ronaldo, Neymar, Luis Suarez and Harry Kane readied for action, the Lakers icon was on the treadmill at his Newport Coast, Calif. home, eyes glued to the television screen above it, taking in the matches being beamed from Moscow, Nizhny Novgorod, Samara and Saransk.

Soccer’s halftime of around 15 minutes allowed for a post-run shower, meaning he could be changed and ready to enjoy the second half while eating breakfast or stretching.

“It was perfect for me,” he told me in an interview in September 2018, less than two months after the World Cup finished. “I didn’t have anything else going on when I was on the treadmill in the morning. No (distractions). I loved it.”

While Bryant’s soccer appreciation might be one of the more extreme examples of how many American stars from other sports have deep-rooted passion for the World Cup, he’s far from the only one.

“Whenever I’ve met amazing athletes from the other sports, they often wanted to talk about soccer and knew a lot about it,” former Manchester United, Real Madrid and England midfielder Beckham told me in an interview toward the end of his MLS career. “A lot of them are big fans of our football. They respect it, just like I have massive respect for what they do.”

In 2014, when LeBron James wanted to escape the spotlight for a few days after having just completed his fervently-followed second “Decision” by choosing to return to the Cleveland Cavaliers, he jetted down to World Cup in Brazil and hung out at the final with new Cavs teammate, Brazil’s Anderson Varejao.

“This is the highest you can get,” James, still an investor in English Premier League team Liverpool, told the AP. “This is bigger than the NBA Finals in the sense that it’s the world, and you have so many countries here. I’ve been watching it from home in the States, and it’s been an unbelievable tournament.”

Personally, I’ve spoken to many elite practitioners from traditional American sports about soccer over the years. Sometimes it is a nice icebreaker for an interview, a harmless topic to get things going. Often the athletes rave about the truly global nature of the beautiful game. Or how there are so many competitive international teams. Or the level of fanaticism it generates in the countries that adore it most.

Former Atlanta Falcons wide receiver Roddy White once told me he thought Ivory Coast soccer forward Didier Drogba was “cooler than any NFL player who has ever lived.” White became such a fan of Drogba that he wondered how good he might have become if he’d focused on soccer instead of football at a young age.

Odell Beckham Jr. might still wonder the same thing. As a youngster, OBJ was such a talented soccer player that his former youth coach in Louisiana, Colin Rocke, told me by phone this week that if the American Beckham had stuck with it, he could have become, well, the American Beckham.

“That kid Odell was special,” Rocke said. “He was one of the most technical players I had ever seen despite not being taught that way. His speed was incredible, and his first instinct was to beat people. He could have gone to the national team. I told his mother that, but in high school he was guided to football.”

Countless athletes have gained a greater knowledge of soccer through the hugely popular EA Sports FIFA video game franchise. When the World Cup begins Sunday, the fandom will reach a whole new level.

With this year’s event being held in Qatar and many games set for mid-to-late morning in the U.S., it is fair to assume World Cup contests will frequently be on screens at various NFL facilities. Heavy-traveling NBA players might also find the schedule fits with their downtime, though certain games will butt up against their morning shootarounds.

Such pro athlete restrictions were no longer relevant for Bryant by 2018, who by then had fallen into his own schedule. He found the principles of business relatively easy, he told me, because much of it was a matter of arranging one’s time with high efficiency, and then just putting maximum effort into each compartmentalized task.

Naturally, it was the early morning World Cup games in the American pre-dawn quiet hours that could get his undivided attention, others would have to be fitted in around family time and business calls and the like.

But given that Bryant never did anything half-heartedly — it felt natural to ask him — how far did his World Cup obsession go? Of the 64 games in the tournament, how many did Bryant watch at least some part of?

“All of them,” he replied, quizzically, as if any other answer would have been absurd. “All of them, of course.”