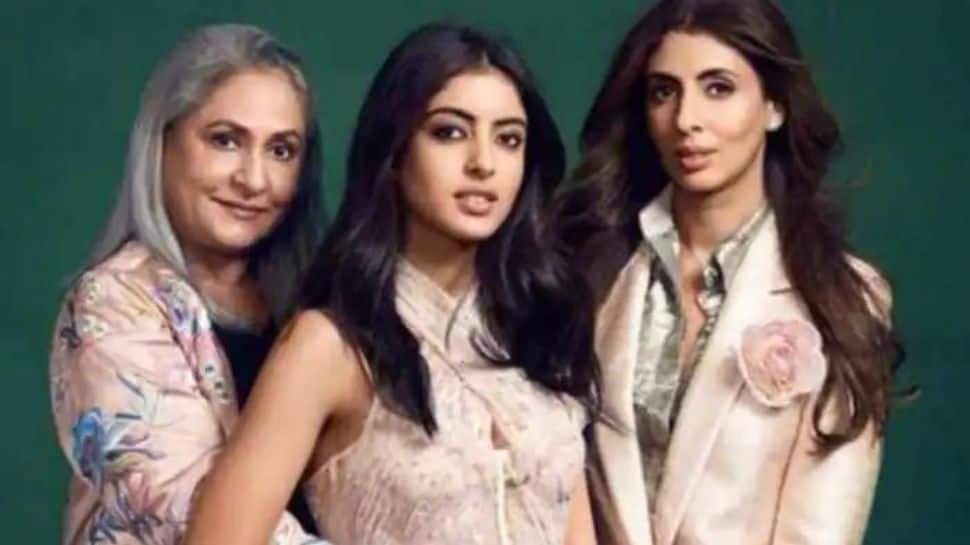 Mumbai: Megastar Amitabh Bachchan’s granddaughter Navya Naveli Nanda along with her mother Shweta Bachchan Nanda and grandmother Jaya Bachchan are seen having some interesting conversations about women`s empowerment, challenges they face at workplaces when it comes to growth and equal pay on Navya`s new podcast `What the Hell Navya`.

Navya said: “I feel like even though we are trying to achieve the same thing, the same goal, we are all trying to be successful, we are still trying to one-up each other and put other women down for the sake of feeling better. I don`t know why that happens. I don`t know why, it`s a collective thing that we all need to do. We all need to work and be nice, and it`s not just one woman`s success, it has to be everyone`s together.”

Shweta added that women are judged on how good they are as homemakers but nobody cares to look at their professional growth. “Women have always got their value from the number of children they have if they make a good wife, if they make a good mother,” added Shweta. Here is the promo of the latest episode:

Jaya emphasised that women often dress up for other women as to how they will look at their style statement and what they will think. However, men have different criteria. “Women dress for each other, men dress for the women,” said veteran actress Jaya.

24-year-old entrepreneur, Navya asserted that still society is influenced more by men and the social system works in their favour. Though she added that the ideal situation would be that it was also according to the comfort of a woman with fewer biases.

She added: “We do live in a world that`s mostly designed for men. We`ve kind of almost adapted to the world that we live in but imagine if it was built more to our comfort,” shared Navya. Adding to the conversation, Shweta said that if a woman demands for equal pay at her workplace, it is completely justified. “Equal Pay is not an unreasonable ask,” she said.

At last, Navya also talked about women`s participation in sports and the way it is highlighted. According to her, though things have changed women`s cricket and other sports are getting prominence, yet more is needed.”I would love to see more coverage of women’s sports,” concluded Navya. The 10-episode audio series is available on IVM Podcasts and it is also on other audio streaming platforms.

News Next Desk - December 6, 2022 0
Visitors planning to witness the daily national flag lowering and retreat ceremony at the Attari-Wagah front along the India-Pakistan international border in Punjab can...
%d bloggers like this: