Home World What is the Wagner Group? 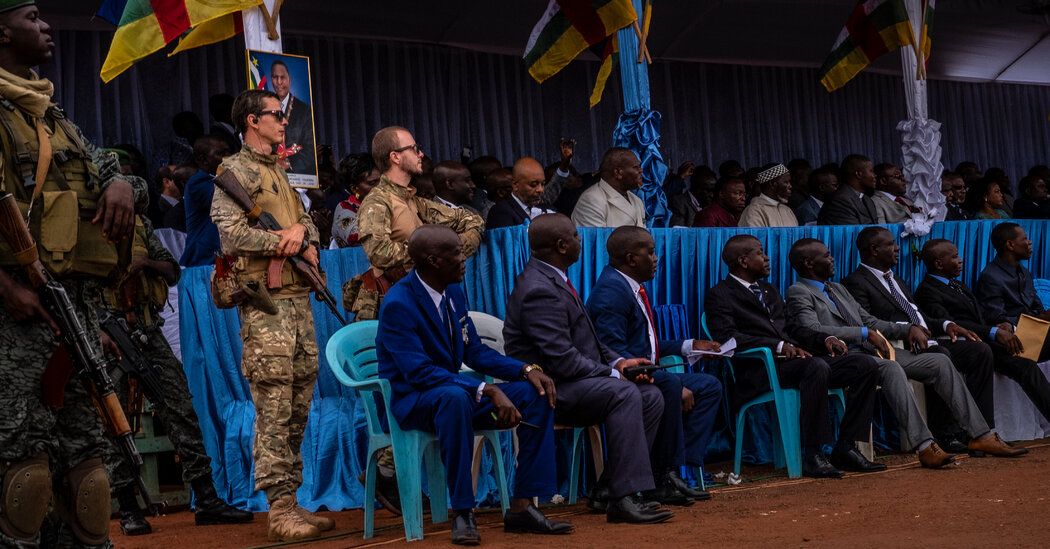 Unless you have been on the battlefield in Syria, Libya or the Central African Republic, you most likely have never heard of the Wagner Group, a private military force with close links to President Vladimir V. Putin of Russia.

Wagner forces have appeared in Ukraine, presumably to fight alongside Russian troops in Mr. Putin’s war. In the past month, the number of Wagner troops in the country has more than tripled to over 1,000. Their presence, in the eastern region known as Donbas that is home to Russia-backed separatist groups, raises concerns, given the group’s history. U.N. investigators and rights groups say Wagner troops have targeted civilians, conducted mass executions and looted private property in conflict zones.

Here’s what to know about Wagner:

How did Wagner get its start?

The entity first emerged in 2014, during Russia’s annexation of Crimea. The U.S. government has said that the organization is financed by Yevgeny V. Prigozhin, a Russian businessman and a close associate of Mr. Putin. He has been referred to as “Putin’s chef” because of his catering business, which has staged elaborate state banquets for Mr. Putin.

How did the group get its name?

The group reportedly took its name from the nom de guerre of its leader, Dmitry Utkin, a retired Russian military officer. Mr. Utkin is said to have chosen Wagner to honor the composer, who was a favorite of Hitler’s. Despite the Kremlin’s denial of any ties to Wagner, Mr. Utkin has been photographed next to Mr. Putin.

Where is the group based?

The group is not registered as a legal entity anywhere in the world. Mercenaries are illegal under Russian law. Their shadowy existence allows Russia to downplay its battlefield casualties and distance itself from atrocities committed by Wagner fighters, observers say.

“It operates in a situation of opacity, there’s a real lack of transparency and that’s the whole point,” said Sorcha MacLeod, chair of the United Nations Working Group on the use of mercenaries, which has scrutinized the group. Their structure allows them to have plausible deniability and to create “distance between the Russian state and the group,” she said.

Why are the mercenaries in Ukraine?

With Russia suffering heavy losses, according to U.S. intelligence, Mr. Putin is sending battle-hardened reinforcements with experience into Ukraine, according to experts, including Jeremy Fleming, the director of Britain’s electronic surveillance agency.

“These soldiers are likely to be used as cannon fodder to try to limit Russian military losses,” he has said.

Where do they recruit?

Some of the fighters appeared to have been recruited from Syria and Libya, the Pentagon’s spokesman, John F. Kirby, has said. He said Russia seemed to be turning to them to bolster its troops in the east of Ukraine because the group already had experience fighting in the Donbas region for the past eight years.

Where have Wagner forces been deployed?

In addition to their involvement in Syria, Libya, Central African Republic and Ukraine, Wagner operatives have also fought in Sudan, Mali and Mozambique, exerting Russian influence by proxy, doing the bidding of authoritarian leaders and, at times, seizing oil and gas fields or securing other material interests. Increasingly, they’ve become more formalized and have started acting more like Western military contractors.

“There’s a trend or pattern around what happens when Wagner is involved in an armed conflict,” Dr. MacLeod said. “The conflict is prolonged, involves heavy weaponry, civilians are impacted in substantial way, human rights violations and war crimes increase substantially and there’s no access justice for victims.”