Home World ‘We were all allowed to be slaughtered’: Russian soldier in desperate call... 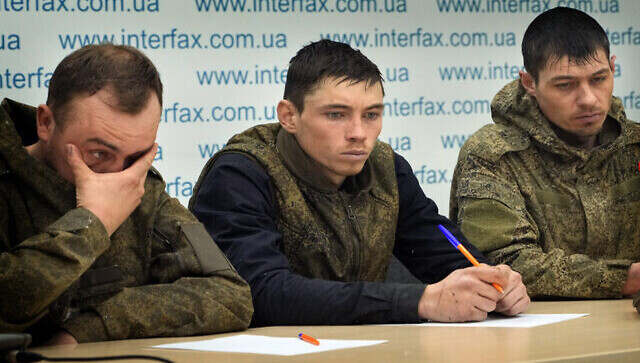 New Delhi: “No one feeds us anything, mum. Our supply is shit, to be honest. We draw water from puddles, then we strain it and drink it,” Andrey, a Russian soldier on the frontline at Lyman in Ukraine, told his mother during an 8 November call back home.

Russian forces in the earlier period of the war used open radio frequencies which were easily picked up by even amateurs. Also, the Russian soldiers carried their cell phones, neglecting their seniors’ orders, which were eavesdropped on by Ukrainian intelligence. These were either used for intelligence or shared with the media when they had any propaganda value. The Guardian has reported a few such intercepted calls.

Lyman, which was captured by Russians in May, was recaptured by Ukrainians in October only.

Russian forces had started to target Ukrainian positions just a couple of days before Andrey’s call back home, he told his mother. But the promises for munition that would turn the tide for Russian forces fell short.

“Where are the missiles that Putin boasted about?” he complained while telling his mother about his sorry state on the front. “There is a high-rise building right in front of us. Our soldiers can’t hit it. We need one Caliber cruise missile and that’s it.”

“I would be okay”, he, however, assured his mother who lives in Kostroma, a city around 500 kms northeast of Moscow.

“I say my prayers every morning”, he said.

His mother when approached, said that her son was not with her anymore before breaking down in tears, according to a Guardian report.

Andrey wasn’t alone in sharing his despair with his family over phone.

Another call on 6 November between the father of Andrie, a soldier who died serving in the 35th motorised rifle brigade, 5th company, and his colleagues revealed how they were cut loose without communication or reinforcements and threatened to be shot should they step back.

“Reinforcements: no; communication: no”, responded one of Andrie’s friend to questions from the grieving father about the status of the men who had survived a Ukrainian onslaught. “They said we weren’t allowed to retreat. Otherwise, we may be shot.”

In a similar conversation from 26 October, a soldier in Donetsk told his wife revealed that he had fled the line and was thinking about surrendering.

The Russian soldiers are officially instructed to not share any sensitive information while talking to their families and not to use cell phones. They, however, end up doing both.

This is telling of how Russian soldiers, one, are not trained enough on how to steer clear of being tapped, and two, are generally not sincere in following whatever little they are told.

The problem is supposed to exacerbate the security risk posed by such sharing of sensitive information as all the 300,000 new reservists — even poorly trained — will soon be on the fronts.

Russian military still follows the old soviet top-down system where the soldier is penalised for the mistake, but little attention is given to prevent soldiers from sharing information in the first place.

This both reveals the position of troops and gives an estimate of their vulnerabilities, making it much easier for the Ukrainian forces to attack efficiently.