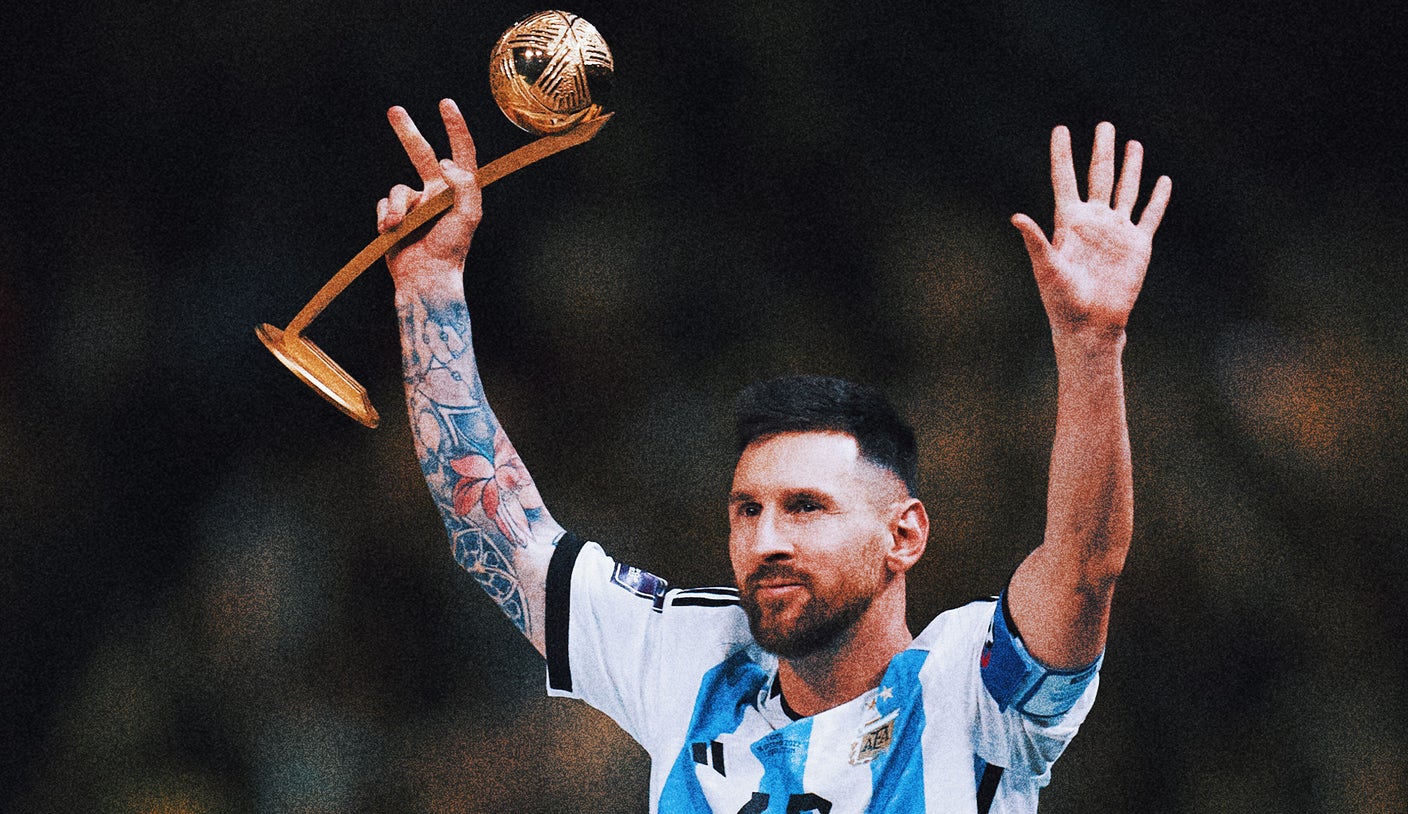 The 2022 FIFA World Cup final was one for the ages.

Lionel Messi finally prevailed as a World Cup champion, with Argentina defeating France in penalty kicks. It certainly didn’t come easy for Messi and Argentina, though. After holding a 2-0 lead for much of the match, Kylian Mbappé scored twice in two minutes to even the score in the 81st minute, sending the game to extra time.

Messi scored in the 108th minute on a chaotic goal that looked like it would win the match for Argentina. However, Argentina was called for a handball in the box in the 116th minute, which allowed Mbappé to score on a penalty kick and sent the match to a penalty kick shootout.

Argentina goalie Emiliano Martinez made a clutch stop and Aurélien Tchouaméni‘s attempt went wide. Argentina held on all of its attempts, earning a 4-2 PK win to capture the World Cup.

The “World Cup Now” crew reacted to everything that happened in Sunday’s match, which saw two of the game’s greatest go tit-for-tat in what was arguably the greatest soccer match of all time.

DeMarcus Beasley: Messi is now the greatest of all-time

Maurice Edu: Messi has nothing more to prove

“I said in the pregame that I thought he was the GOAT. This just added to [his case]. I guess for those who didn’t think he was the GOAT, this was the one thing they held against him. Where is that discussion now? What can you say now? … I think him winning gets that weight off his shoulders. I don’t know what else you want from him at this point. Literally, what else do you want him to do? Win another Ballon d’Or? Which, you know what, might be in the cards. Why not get an eighth?”

“I think he’s been an underrated player over the last decade, not only for Argentina but also for the clubs he’s played for. … This guy is a phenomenal soccer player. He showed up in the finals. He scored in the Olympics for the gold. He scored in the Copa America final for the gold. Now, he’s scored in a World Cup final. Coming into this tournament, we were saying, ‘Who’s going to be the other guy for Argentina that steps up?’ I remember in the first few games, we were saying, ‘This is the guy. Here’s the guy. Watch out for Di María.’ He was quiet and then he got hurt. We were surprised to see him start in the final having not played much in the last game. For him to come into this game with his big game experience and have a big game, that was phenomenal.”

Jimmy Conrad: This was the greatest soccer match of all time

“Rarely do finals live up to the hype and when these two teams played against each other in 2018, it was 4-3 (France won). I thought, ‘There’s no way in hell that they’re going to have another game like that.’ But they produced another game of magic. This sport is absolutely amazing and if it isn’t your favorite sport, then I have big questions about what you’re doing with your life. Make this your favorite sport of all time!”