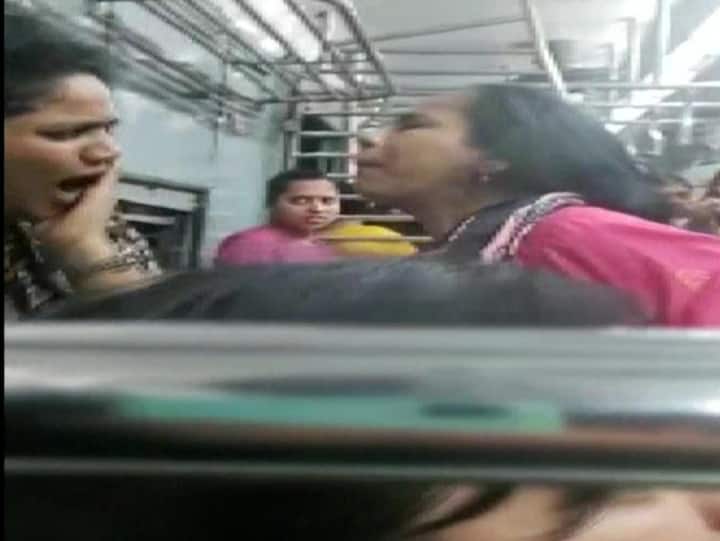 New Delhi: In a shocking incident, a massive fight broke out between a few women after a dispute over a seat in a Mumbai local train, as reported by the news agency ANI. In a video that went viral on social media, women can be seen pulling each other’s hair inside the ladies compartment of Thane-Panvel local train.

A women constable identified as Sharda Ugle got injured after she tried to stop the argument between two women passengers. She was admitted to the hospital after the incident.

Narrating the incident, Police Inspector Sambhaji Katare said, that the fight was triggered after an altercation between three women passengers over a seat near Turbhe Station. The matter escalated further when more women got involved.

According to the police official, after a seat got vacant at Turbhe Station, one woman passenger tried to let a second one take the seat. However, a third woman also tried to occupy get hold of the same seat. The attempt to take the seat ended up in a heated argument between the three women who started hitting each other. The matter got worse after some of the other passengers also got involved in the brawl.

News Next Desk - December 6, 2022 0
Hansika Motwani tied the knot with Sohael Kathuriya in a royal wedding on December 4. On Monday, the actress dropped the first glimpse of...

News Next Desk - December 6, 2022 0
As the MLB world descended on San Diego, Calif. for the annual winter meetings, the most coveted free agent in the...
%d bloggers like this: