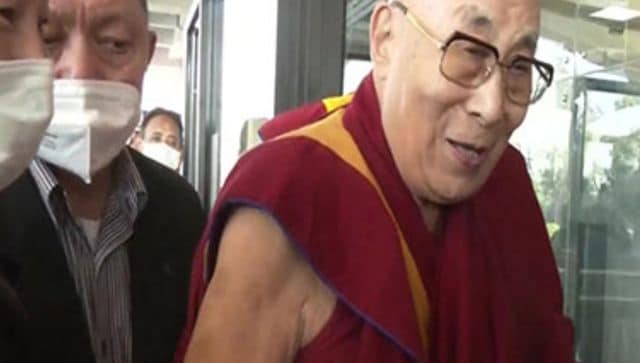 New Delhi: The 14th Dalai Lama of Tibet on Monday said that he would not consider return to China, he preferred staying in India for the rest of his life.

When asked about his message to China following the Tawang standoff, the Tibetan spiritual leader said Himachal’s Kangara was former prime minister Jawahar Lal Nehru’s choice and it is his permanent residence now.

#WATCH | Kangra, Himachal Pradesh: Dalai Lama says, “…There is no point in returning to China. I prefer India. That’s the place. Kangra – Pandit Nehru’s choice, this place is my permanent residence…” pic.twitter.com/Wr6dGEPIIx

Dalai Lama further added,” Things are improving in Europe, Africa & Asia – China is more flexible now.” However he reiterated that he would not be returning to China.

The spiritual leader has been residing in India since 1959. In Himachal Pradesh’s Dharmshala, he established his government-in-exile in 1960.

Tibetan spiritual leader is scheduled to stay in Delhi for two to three days and then he will go to Bodhgya in Bihar for spiritual teachings and other events.

Dalai Lama’s statement came in the backdrop of 9 December clash where People’s Liberation Army troops contacted the LAC in Tawang Sector which was contested by Indian troops in a firm and resolute manner. This face-off led to minor injuries to a few personnel from both sides.

Earlier in July this year, China criticised Prime Minister Narendra Modi for greeting Dalai Lama on his 87th birthday, saying India has to fully understand the “separatist nature” of the exiled Tibetan spiritual leader and it should stop using Tibet-related issues to “interfere” in China’s internal affairs.