Home Lifestyle Viral optical illusion: Is the cat going up or down the
A viral optical illusion of a simple cat minding its own business has left the Twitterverse puzzled once again. In this fuzzy black-and-white picture, the cat is just walking down…or maybe up the stairs…or may be down?

That is for you to find out!

Take a close look at the picture once again. While you figure out if the sweet yet brain-bogging cat is going up or down, also note down what was your first interpretation. 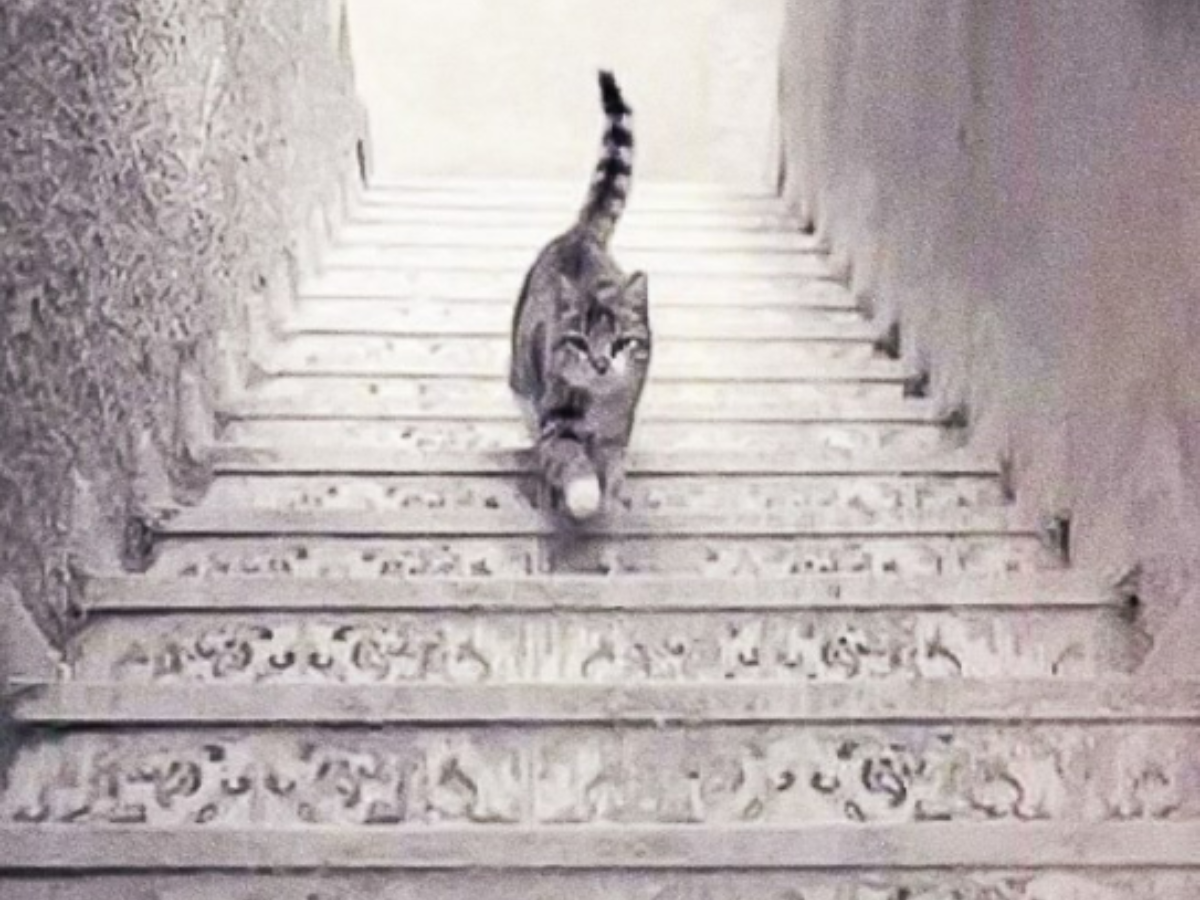 Little Hint: Apart from focusing just on the cat, also pay close attention to other parts of the image. Some small details here and there may help you to logic-your-way-out through the puzzling and popular optical illusion.

“The giveaway is the left paw. If she is walking then that paw is resting on a stair. Since the left paw occludes the stair, she is ascending,” noted a Twitter user.

“It apear to be down stair because of steps lips……I sugest that the question should be where is the cameraman was locatedd….upstairs or downstairs,” wrote one.

“It’s Schrodinger’s cat, walking both up and down the stairs,” joked another.

“Down. The lip on the edge of the step would make it dangerous if you were walking down them (trip hazard),” noticed one more user.

“Up, unless the top of those stairs is just a wall,” a social media user added.

So what’s the reality?

There may or may not be a real answer to this optical illusion, with the internet flooded with multiple viewpoints and arguments. Some expert psychologists even suggested that what you see is more important than the reality, as it can tell a lot about your personality.

But if you really want to settle, cat going down seems to remain the most solid argument, with the nose of the stair treads sticking out above the riser and the shadows under the overhanging nose below the cat.

How to choose the right perfume for different occasions –

India to take over G20 presidency from today, will host 200 meetings at 55 venues

News Next Desk - December 1, 2022 0
The Odell Beckham Jr. sweepstakes appears to be entering its final stages.Beckham, who reportedly has been fully cleared from his ACL...

Anker’s Eufy lied to us about the security of its security...

News Next Desk - December 1, 2022 0
Anker has built a remarkable reputation for quality over the past decade, building its phone charger business into an empire spanning all sorts of...