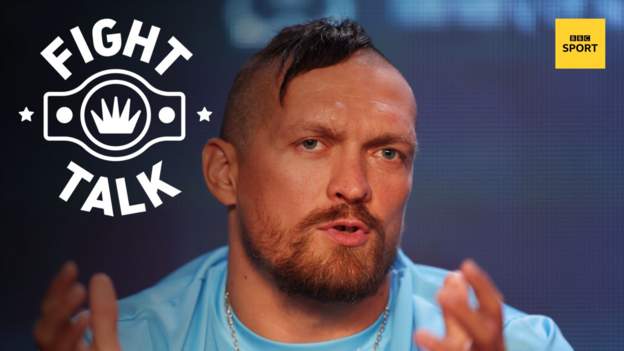 Two weeks before his rematch with Anthony Joshua, Oleksandr Usyk looks to be in fierce shape.

The 35-year-old Ukrainian fighter has been sharing footage online of his training before the fight on 20 August.

Meanwhile, a new British boxing star is born at the Commonwealth Games and Jake Paul v KSI may be on for next year.

Here are just a few of the talking points boxing fans have been discussing online this week.

Usyk is definitely not a cruiserweight any more

Joshua, 32, will be hoping for revenge after losing his WBA (Super), IBF and WBO titles to Usyk in London last September.

However, it looks like the Ukrainian, who previously held the cruiserweight title, has beefed up quite significantly in the interim.

We know that Usyk has an engine on him. This new, added weight could pose a problem for AJ. 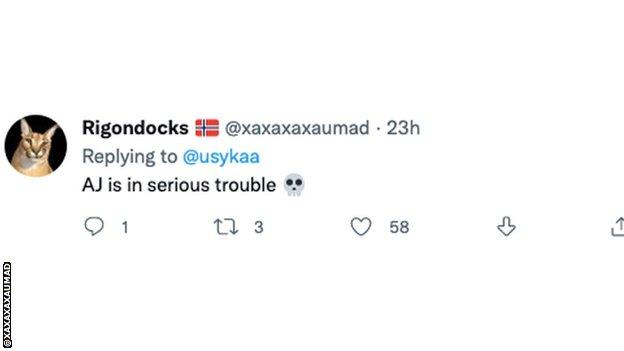 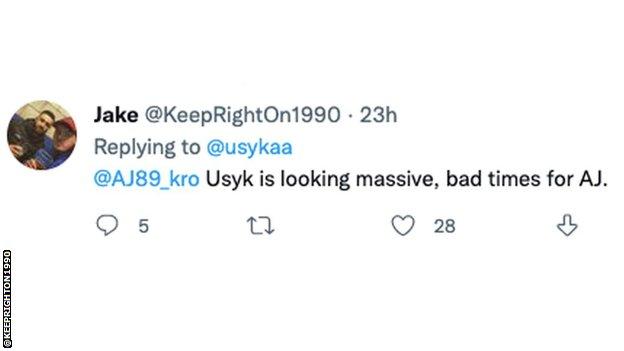 Nevertheless, it seems as if AJ is pretty ready for the challenge too.

At the Commonwealth Games on Sunday, England’s Delicious Orie won the men’s super-heavyweight gold in front of a home crowd.

Orie was born in Russia but grew up in Wolverhampton after his family moved to England when he was a child. He is being dubbed the ‘new Anthony Joshua’.

He had an inspirational message for fans following his win.

Saturday was supposed to see Jake Paul take on professional boxer Hasim Rahman Jr at Madison Square Garden. That fight was pulled, however, over a dispute about weight.

Paul insists that Rahman Jr, who himself stood in for Tommy Fury, acted unprofessionally, with no intention to make the weight.

Meanwhile, Rahman Jr, 31, has released a video of himself weighing in at 206lb – just one pound over the weight at which they were due to fight.

In the meantime, it looks like a deal may have been struck for a future fight between Paul and British YouTube star KSI.

KSI previously beat Paul’s brother Logan, with whom he’d had an ongoing feud.

And, finally, former lightweight champion Jamel Herring isn’t sure how to take this tweet.