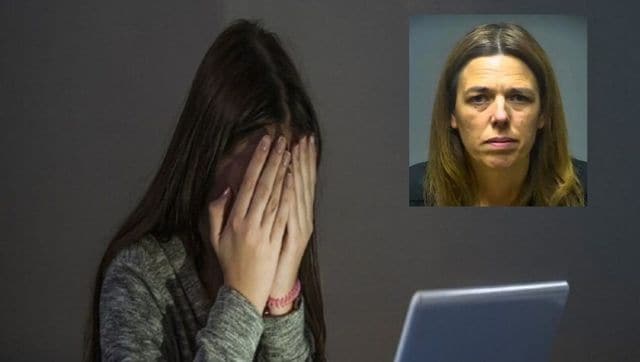 Kendra Licari used internet to bully her daughter and her boyfriend. Source: Twitter

Michigan (USA): A teen who had had complained of online bullying for over a year was surprised to discover that the perpetrator appeared to be her own mother.

Kendra Licari, 42, of Michigan, was charged with sending hateful and bullying messages to teenage students, including her own daughter, using a fake account.

It was revealed after Beal City Public Schools, where Licari was employed as Basketball coach, carried out a year-long investigation into the abusive messages sent to Licari’s daughter and her boyfriend.

Reportedly, the harrowing messages started coming in early 2021 after which the school reported the matter to cops.

“Even when we realised it wasn’t a kid, we weren’t expecting it to be a parent,” said William Chilman, superintendent of Beal City Public Schools.

“It came as a surprise to all of us, when the cops told ys that they suspected it was her,” he added.

Licari allegedly used software to conceal her location, had multiple mobile phone numbers, and even blamed the messages on her daughter’s classmates.

An Isabella County prosecutor, David Barberi, stated: “As a result, it shielded and cloaked her identity as well as digital identity.

“But eventually, we were able to see that her IP address was popping in and out right before and right after these messages were going through,” he said.

Police were able to locate Licari by using her IP addresses and found tons of abusive and hateful messages which were sent As over a year.

The mother allegedly sent her teenage daughter 349 pages of abusive text messages and social media posts, according to the authorities.

Mr. Barberi continued: “We had tens of thousands of text messages, whether they were for her daughter or for some of her daughter’s friends.

“And the digital footprint was out of this world.” He said.

Authorities confronted Licari with evidence of the abusive messages, and she admitted sending them.

The mother has not stated why her teenage daughter and boyfriend were allegedly targeted.

She is charged with five counts, including stalking a minor and obstructing justice, which carries a five-year prison sentence.