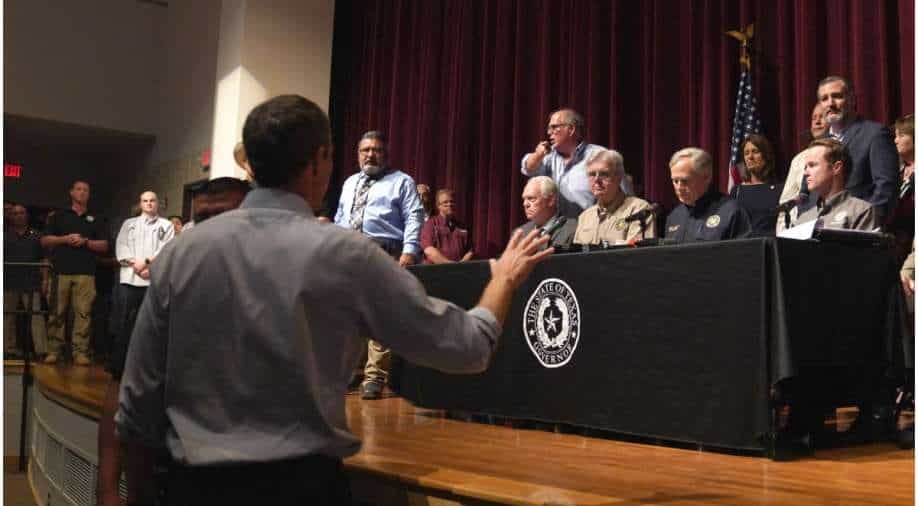 A Democratic Party politician from Texas on Wednesday disrupted state’s Governor Greg Abbott’s remarks about latest incident of mass shootout in the state. Striding down from auditorium seats, Beto O’Rourke pointed at Abbott’s face and accused him of doing “nothing” to reduce violence involving guns.

“This is on you!” O’Rourke fumed at the governor, who was seated at a table on the stage and surrounded by officials including Texas’s senators Ted Cruz and John Cornyn, two longstanding pro-gun lawmakers.

Beto O’Rourke has been vocal about gun violence in America over the years. He has routinely attacked his opponents for inaction. 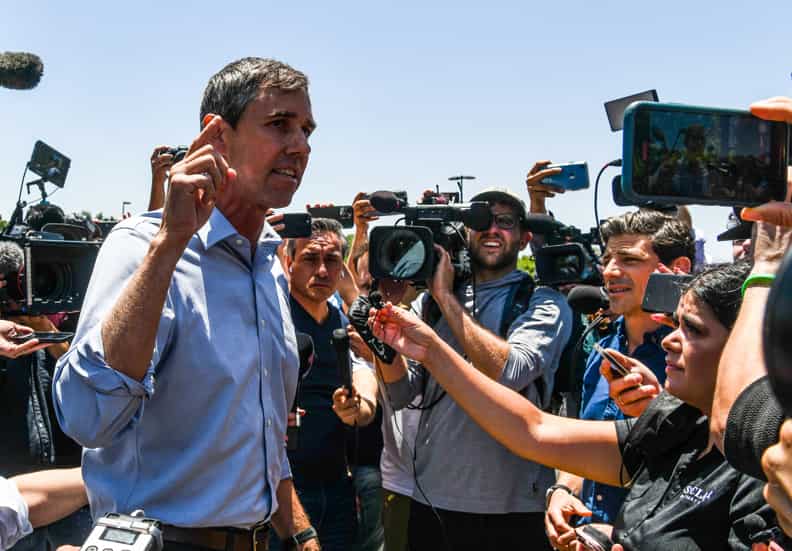 Abbott sat stone-faced just a few feet away as O’Rourke, a 2020 US presidential candidate who is challenging Abbott for his job this year, confronted him.

“Sir, you are out of line,” someone yelled loudly from the stage at O’Rourke.

As he refused to step away, police intervened and voices rose.

Uvalde Mayor Don McLaughlin, a Republican, shouted at him “you’re a sick son of a bitch (to) come to a deal like this to make a political issue.”

“Why are we letting this happen in this country? Why is this happening in this state, year after year, city after city?” O’Rourke asked reporters after leaving the auditorium.