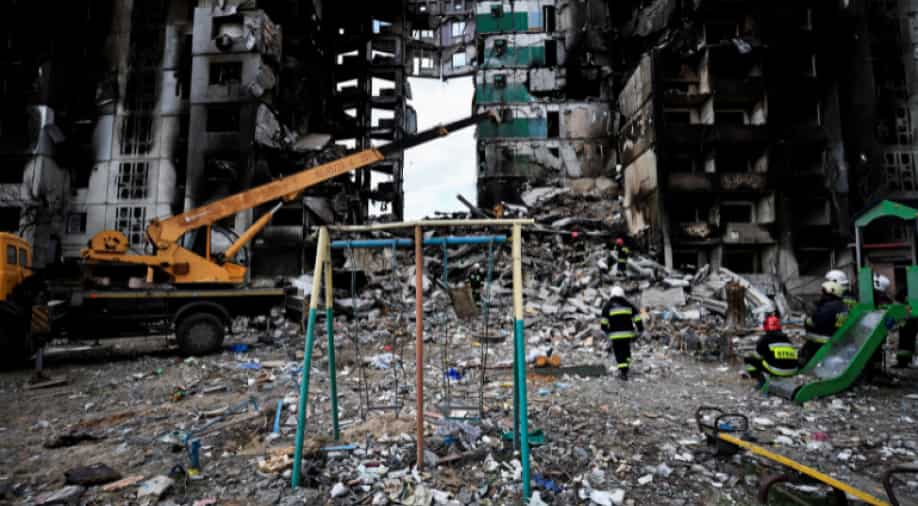 The Russian invasion of Ukraine is currently in its third month and the United Nations has decided to launch an enquiry into the alleged human rights violations committed during the ongoing conflict.

The United Nations Human Rights Council decided to launch the enquiry into the possible misconducts of the Russian military after the motion was passed with 33 votes in favour.

According to the motion tabled in the Council, the enquiry will include extrajudicial executions, civilian casualties, the use of torture and abuses against children during the crisis.

The only two nations to vote against the motion were China and Eritrea. 12 countries, including India and Pakistan, decided to abstain from the vote while Russia did not attend the meeting.

Russia was committing “the most gruesome human rights violations on the European continent in decades”, she said in the address.

“These have been 10 weeks of sheer horror to the people of my country.

“Torture and enforced disappearances, sexual and gender-based violence; the list of Russia’s crimes is endless.

“Only the world standing strong in solidarity with the Ukrainian people can defeat this pure evil.”

Although Russia is currently suspended from the Human Rights Council, they were called to the meeting in order to present their defence. However, they declined to attend, and Russian ambassador Gennady Gatilov called it a “political rout to demonise Russia”.

Alia Bhatt showers praise on the teaser of Varun Dhawan and...

News Next Desk - September 30, 2022 0
Alia Bhatt took to her Instagram handle to give a shoutout to Varun Dhawan and Kriti Sanon for their upcoming film, ‘Bhediya’ as they...
%d bloggers like this: