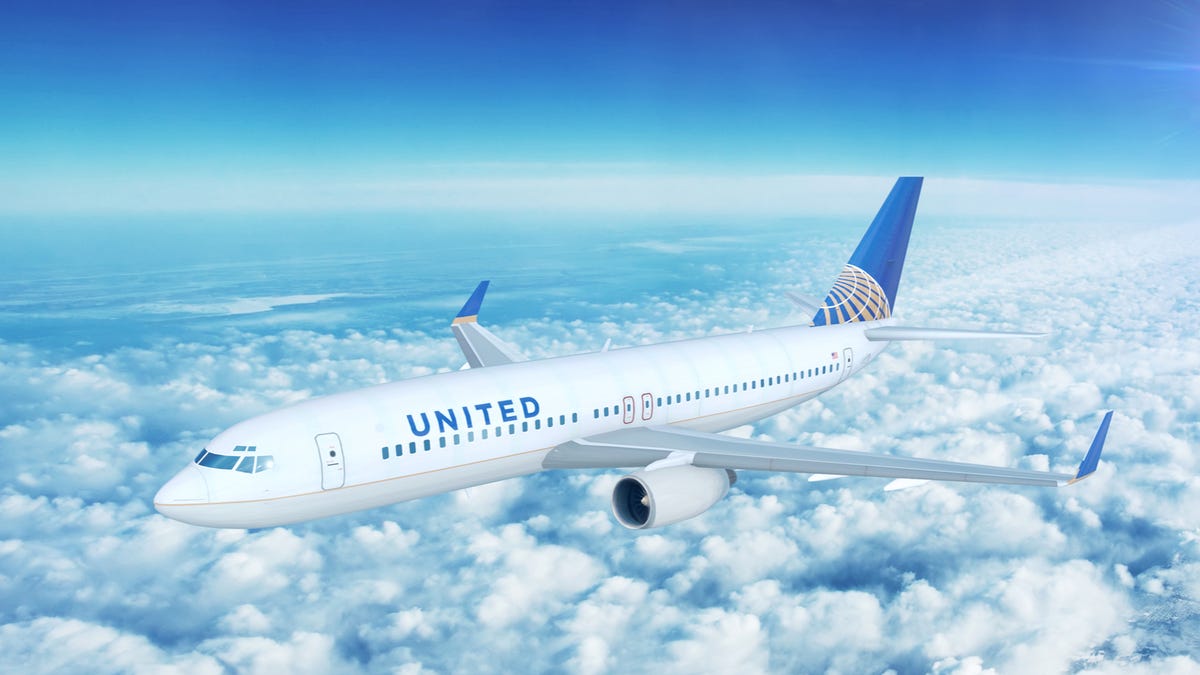 Airfares have gone up lately.

This doesn’t seem to have stopped people from booking flights and even choosing to pay more for a better class of seat.

Well, those seats at the back really are the worst, aren’t they? And there’s no reason to believe they’ll get any better.

You’d think, then, that airlines would be quite happy right now, especially as they’re saying they see no effects of the impending — or, perhaps, already arrived — recession.

Oh, but we’re talking airlines here. It seems like they’ve always got a plan to squeeze more out of customers.

Thankfully, United Airlines CEO Scott Kirby decided to reveal a little of the company’s heart, soul, and revenue-generating goals. Customers may find his words quaint in their forthright twistedness.

Also: Track the Orion’s trip to the moon in real time

As reported by Live and Let’s Fly, Kirby recently spoke to the airline’s employees via video. He wanted to emphasize the importance of being profitable.

But, of course. Every company CEO wants increased profitability.

Kirby’s logic, though, may turn a stomach or two: “We need to be at the top of the industry in terms of profitability. That matters for the obvious reasons, but it also matters because in a crisis, if the crisis is bad enough, history has shown us that national governments all around the world will support their airlines and make sure they can fly through and be there on the other side of the crisis.”

Ah, so United wants more of your money now, so that it can get even more of your money in the future? It’s almost heartening to hear an airline CEO confess that airlines always know they’ll be bailed out by taxpayer money because they’re too important to fail.

Or, in Kirby’s words: “We’re a critical part of the infrastructure and they have to have us. They need us there on the other side.”

How about that? United is not a capitalist concern as much as it’s a government arm.

Kirby, though, wasn’t done. He insisted that profitability was also a specific survival strategy.

“What might happen is there are times that governments will let two or three airlines fail if there’s a crisis because they don’t think they’re going to need all the airlines,” he said. “So it’s important — it’s the old bear analogy, you want to be faster than the other guy — to be at the front of the industry so that again you just have more runway, more ability to deal with the longer-term crises when they happen.”

This all leaves interesting emotions for humanity to embrace. Employees are given to believe they must keep costs down and be productive, because otherwise the airline might not get a bailout next time.

(Honestly, how believable is that?)

And consumers will now hear that airlines — United, at least — always know they’ll get money from both of the consumers’ pockets. Yes, dear consumer, you are the airline’s double whammy bank.

Also: Chick-Fil-A finally gave employees what it gives customers (no, not chicken)

Perhaps that’s merely the way of the world. Four airlines hold more than 80% of all airline seats in America and they leverage their oligopoly in every way they can.

And all United’s employees have to do is to keep on ensuring the airline is profitable.

On that very note, indeed, Kirby added: “The good news on that front is that for the first time in a decade, United is now ahead of both Delta and Southwest in terms of profitability. We’ve got to keep it going, but it’s really encouraging as we did that in the third quarter and it looks like we’re going to do it again in the fourth quarter. I think we’re set up to continue doing that forever.”

Ah, the promise of forever.

Is it any wonder United’s pilots are holding out for a better contract?

Would this be a fine time to mention that United’s current tagline is Good Leads The Way?

News Next Desk - December 5, 2022 0
Disclaimer: A number of claims and counterclaims are being made on the Ukraine-Russia conflict on the ground and online. While WION takes utmost care...

World Soil Day 2022: ‘Where the food begins- History, significance and...

News Next Desk - December 5, 2022 0
World Soil Day 2022: Soil, a combination of different minerals, organic substances, and living things, is the basis of all life on Earth. World...

News Next Desk - December 5, 2022 0
Vodafone Idea (Vi) has rolled out new prepaid plans for the users. The telecom company has also reportedly reduced tariffs in its postpaid segment....

News Next Desk - December 5, 2022 0
Geoff Schwartz FOX Sports Betting Analyst A marquee day of matchups in the NFL did not disappoint in Week 13....
%d bloggers like this: