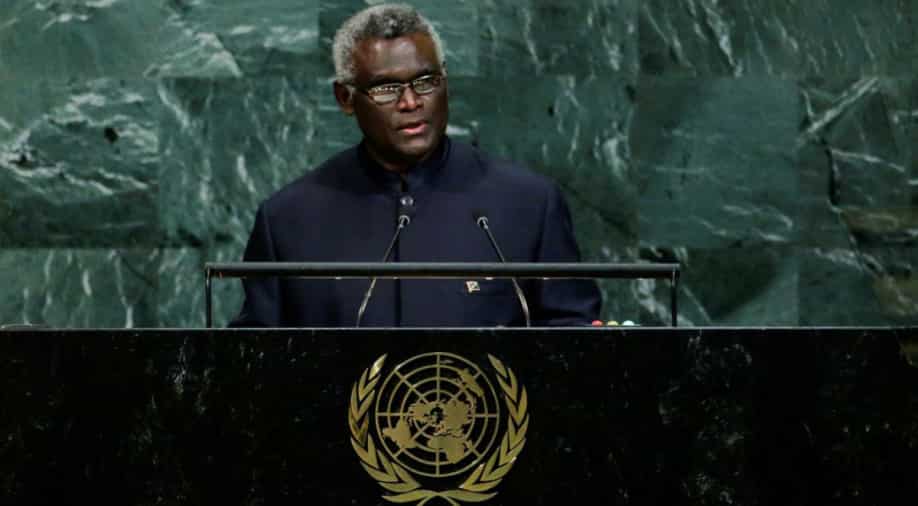 On Friday, Solomon Islands Prime Minister Manasseh Sogavare addressed the United Nations General Assembly (UNGA) and said that the country has been “unfairly targeted” and “vilified” in the media since they formalised ties with China in 2019. The PM also indicated that his country has been subjected to “a barrage of unwarranted and misplaced criticisms, misinformation and intimidation”.

“We will not align ourselves with any external powers or security architecture that targets our or any other sovereign country or threatens regional or international peace,” said Sogavare in his speech. He added that the Solomon Islands “will not be coerced into choosing sides”.

These remarks were made following the switch the country made in 2019, from their diplomatic relations with Chinese-claimed, self-governed Taiwan to Beijing. Since then, the leader deepened his ties with China. This move raises an alarm with the United States and other Western countries that are concerned about China’s security designs in the Pacific, the media reported.

During his speech, the PM also asserted that the decision was made “through democratic processes by a democratically elected government…I reiterate the call for all to respect our sovereignty and democracy.” Earlier this month, Sogavare was also able to change the country’s constitution which would delay the elections until 2024. Meanwhile, PM has been ousted twice following a no-confidence vote and has been repeatedly protested against in relation to his change in diplomatic ties.

He also told the UN that the country has adopted, “a ‘friends to all and enemies to none’ foreign policy.” In line with this, they will not align themselves with any external powers. “Our struggle is to develop our country. We stretch out our hand of friendship and seek genuine and honest cooperation and partnership with all,” said the PM.