Home World ‘Ultimate dream’ to be part of Chelsea – Hamilton 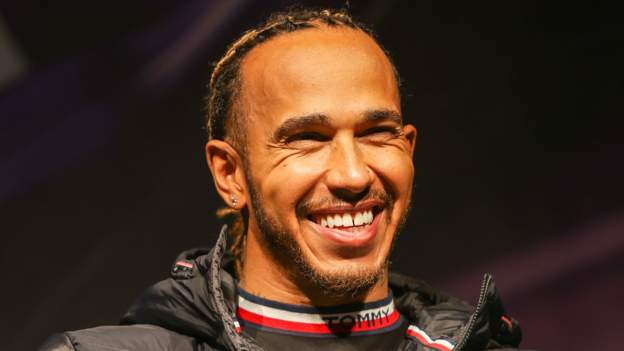 Lewis Hamilton said it would be the “ultimate dream” to be part of “something great” at Chelsea after backing Sir Martin Broughton’s bid to buy the Premier League club.

“Chelsea is one of the biggest teams in the world,” said Hamilton. “When I heard about the opportunity, I was like wow, this is a great opportunity to be part of something so great.

“Sir Martin took time to speak to me on the phone and explain to me his and his team’s goals if they were to win the bid, which was incredibly exciting and very much aligned with my values.”

On Williams’ involvement, Hamilton added: “We spoke about it. I told her I was going to be involved and she was happy to join.”

The Broughton consortium, which also includes World Athletics president and Chelsea fan Lord Coe, is one of three groups in the running to purchase Chelsea for £2.5bn.

The Premier League club has operated under a special licence from the UK government since owner Roman Abramovich was sanctioned for his alleged links to Russian president Vladimir Putin, following the invasion of Ukraine.

BBC Sport understands that Hamilton and Williams, who would have no say on footballing decisions, have been involved with the Broughton consortium’s bid from the start.

“I have been a football fan since I was a kid. I played in the school team every year in my childhood and I have been to numerous games,” Hamilton said.

“When I was young, I wanted to fit in and all the kids supported different teams. I remember switching between teams and my sister punching me and saying you have to support Arsenal, so then I became a supporter of Arsenal.

“But my uncle Terry is a big Blues fan and I have been to so many games with him to watch Arsenal and Chelsea play.

“I wanted to be the best player I could be and play for a team. I was trying to tryout for Stevenage Borough but I ended up in the racing space. I could only have dreamed of being part of a team – and that is the ultimate dream.”

News Next Desk - October 7, 2022 0
New Delhi: The central government has notified the credit guarantee scheme for startups in order to provide them loans without collateral up to a...
%d bloggers like this: