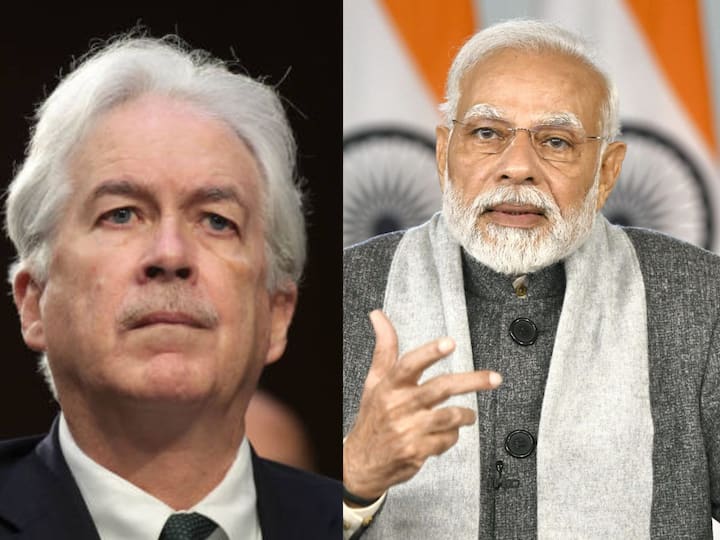 Prime Minister Narendra Modi’s call to restraint on the use of nuclear weapons in Ukraine has had an impact on the Russian threat of a nuclear war, the Director of the Central Intelligence Agency (CIA) William Burns told PBS.

In an interview with PBS, the CIA director said, “I think it’s also been very useful that Xi Jinping and Prime Minister Modi in India have also raised their concerns about the use of nuclear weapons as well. I think that’s also having an impact on the Russians.”

He was replying to the question on where he sees Russia’s nuclear threat going at present.

He said, ” Well, I think the saber-rattling is meant to intimidate. We don’t see any clear evidence today of plans to use tactical nuclear weapons. We have made very clear, the president has made very clear to the Russians what the serious risks of that would be.”

READ: We Would Take PM Modi At His Words: US On India’s Stance In Russia-Ukraine War

When asked what he is most worried about in the war, Burns said, “Well, he’s done — there’s been some, I think, very dangerous nuclear saber-rattling that Putin and others around him have done. That was part of the conversation I had with one of my Russian intelligence counterparts, Sergey Naryshkin.”

The remark comes after Russian President Vladimir Putin on December 3 admitted that the conflict is “going to take a while.”

In his address, Putin also warned of the “increasing” threat of nuclear war and that Russia will fight by “all available means” at its disposal, according to CNN.

“As for the idea that Russia wouldn’t use such weapons first under any circumstances, then it means we wouldn’t be able to be the second to use them either – because the possibility to do so in case of an attack on our territory would be very limited,” CNN quoted Putin as saying.

India, along with many other countries has been calling for dialogue and diplomacy since the war began between Russia and Ukraine. On global platforms like the United Nations, India has called for the restraint of the use of any violence and to resolve the issue through diplomatic channels.

In a telephone conversation on December 16, Prime Minister Narendra Modi reiterated his call for diplomatic talks as the “only way forward” in the context of the ongoing war between Russia and Ukraine, according to the statement released by PMO.

News Next Desk - January 27, 2023 0
New Delhi: With her dazzling presence in the trailer of Shehzada, Kriti Sanon is all set to enthrall the family entertainer of the film, co-starring...
%d bloggers like this: