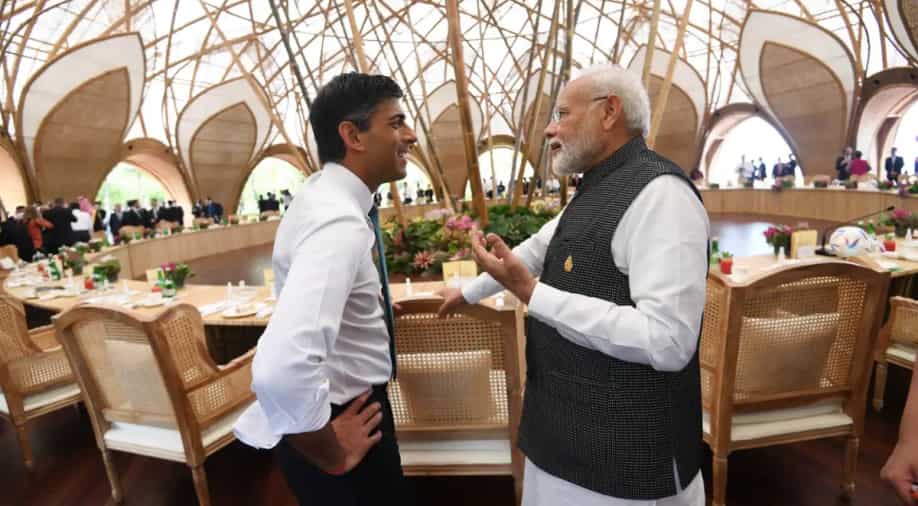 On Wednesday, United Kingdom Prime Minister Rishi Sunak confirmed UK-India Young Professionals Scheme that will offer 3,000 visas for young professionals from India to work in the UK each year. The scheme will offer 18 to 30-year-olds degree educated Indian nationals to live and work in Britain for up to two years, said 10 Downing Street in a statement.

It added, “India is the first visa-national country to benefit from such a scheme, highlighting the strength of the UK-India Migration and Mobility Partnership agreed last year.” The confirmation came hours after a meeting between the Indian Prime Minister Narendra Modi and his UK counterpart which took place on the sidelines amid the ongoing G20 summit in Bali, Indonesia.

The two leaders met for the first time since Sunak took office last month during which they were set to confirm the “reciprocal route” which will begin next year and will offer “young professionals from the UK and India a once-in-a-lifetime opportunity to take part in a professional and cultural exchange,” said the UK PM’s office.

“The Indo-Pacific is increasingly crucial for our security and our prosperity. It is teeming with dynamic and fast-growing economies, and the next decade will be defined by what happens in this region,” said the statement quoting Sunak.

He added, “I know first-hand the incredible value of the deep cultural and historic ties we have with India. I am pleased that even more of India’s brightest young people will now have the opportunity to experience all that life in the UK has to offer – and vice-versa – making our economies and societies richer.”

Notably, the Indian diaspora forms the largest part of the UK’s immigrant population while at least a quarter of all international students in the UK are from India. Meanwhile, Indian investment in Britain supports over 90,000 jobs across the UK. The two countries are also in the midst of negotiating a trade deal which would add to the current 24 billion pounds, UK-India trading relationship.

“In parallel to the mobility partnership with India, we are also strengthening our ability to remove immigration offenders,” said 10 Downing Street. This was in reference to the landmark Memorandum of Understanding signed between the UK and India, last year which “aimed at increasing mobility between our countries” and also “returning those with no right to be in the UK and India respectively and sharing best practice on organised immigration crime.”

News Next Desk - December 6, 2022 0
Ralph Vacchiano NFC East Reporter Just like everybody else in the Meadowlands on Sunday, Ron Rivera wasn't sure what to...

Wheat output likely to rise by 5 MT this year: Gyanendra...

News Next Desk - December 6, 2022 0
NEW DELHI: Archana Gautam and Saundarya talk about Tina Datta and Shalin Bhanot's bond in the house and say they are faking it. Archana...

News Next Desk - December 6, 2022 0
The ruling African National Congress (ANC) in South Africa on Monday (December 5) rallied behind the embattled President Cyril Ramaphosa on the eve of...

News Next Desk - December 6, 2022 0
The government has extended the deadline for when federal agencies like the TSA will start requiring Real ID cards, moving the date from May...
%d bloggers like this: