Home Tech & Gadgets Twitter users vote for Elon Musk to step down in the most... 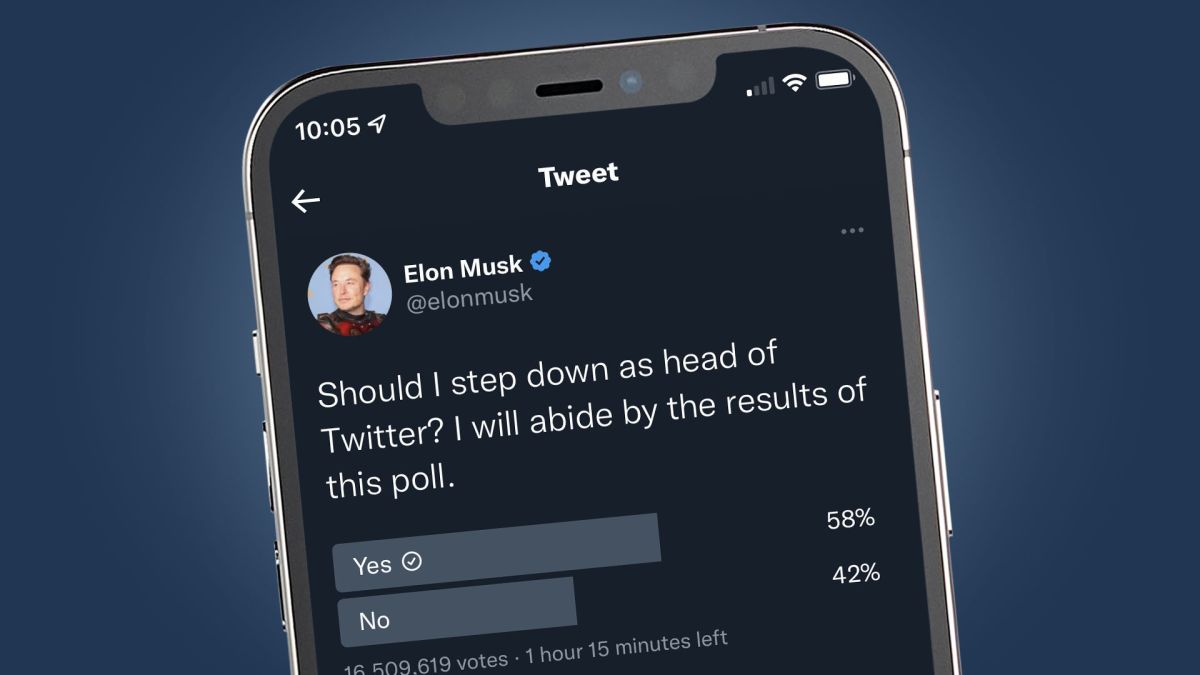 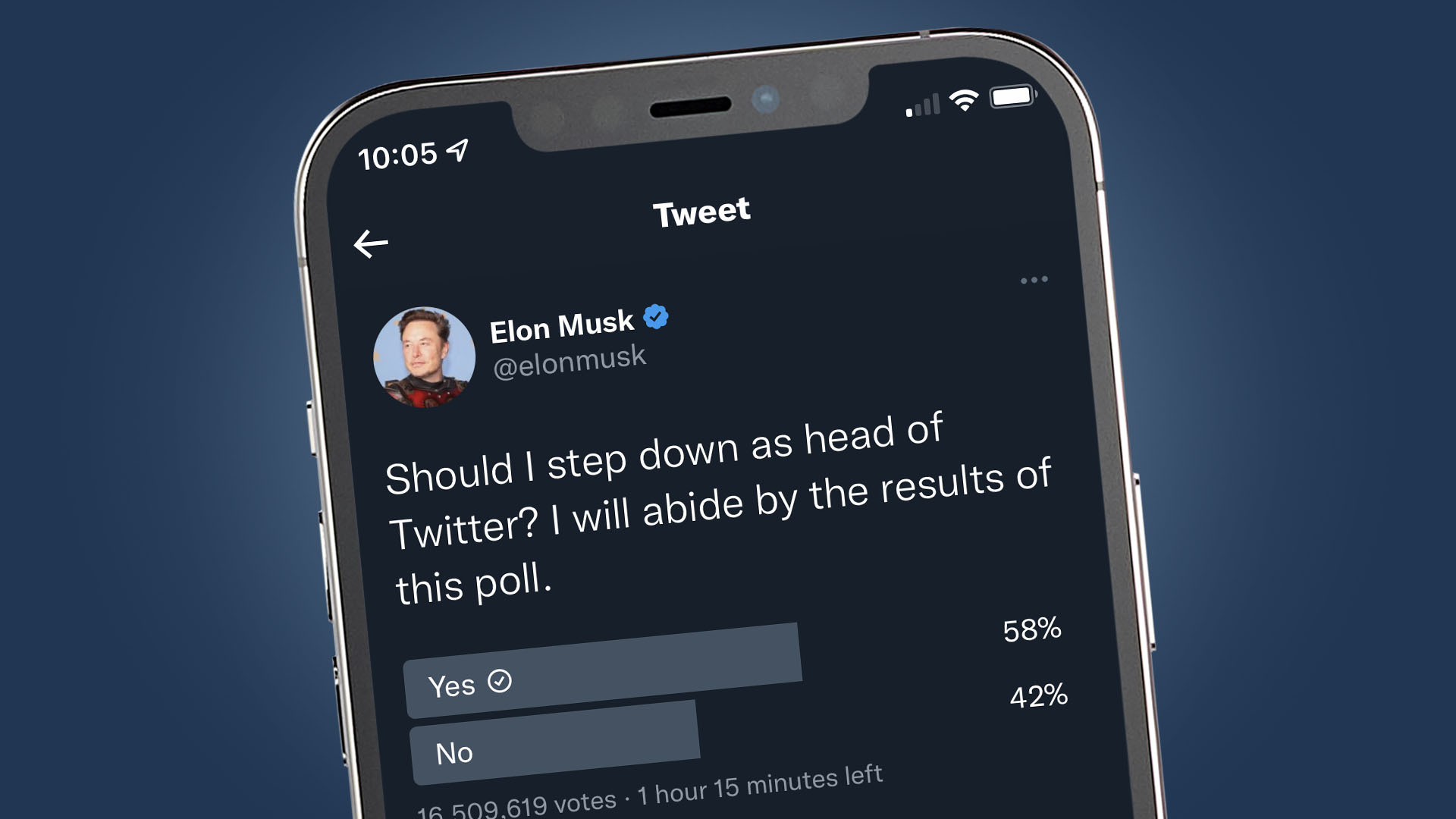 The ongoing fiasco that has been Elon Musk taking charge of Twitter continues, with his latest jaunt being the creation of a poll to let users decide if he should step down from being CEO of the company.

It began over the weekend, where according to The Verge (opens in new tab) a new policy was immediately put into effect which threatened users with account suspension if they were found to be sharing links to other social networks on Twitter, such as Mastodon and Instagram.

A few hours later this was reversed, with the posts and tweets deleted and Musk apologizing.

However, this led to a bizarre plot twist where he created a poll as to whether he should stay or step down as Twitter CEO, alongside Twitter Support creating its own poll (opens in new tab) regarding whether users should be able to share links to other social platforms.

I’ve been following this saga since Musk first decided to buy the platform in April, followed by putting it on hold in May, and it’s akin to a bad movie from the 90s.

Should I step down as head of Twitter? I will abide by the results of this poll.December 18, 2022

While his reasons for doing it this way almost make sense, it all feels as though he’s toying with users for engagement. Drama is something most of us have likely seen or experienced on social networks such as Facebook and Musk is no stranger to this, which is why incidents like these have been flooding the news streams ever since he took over in November.

From replying to notorious users and unbanning others such as Donald Trump, it makes headlines and keeps Twitter relevant. Granted, the platform has sorely needed big changes for a while now, but it shouldn’t have to stoop so low to the point where users are voting as to whether they can share links to other social networks.

I’ve already been using Twitter less and Mastodon more (opens in new tab) – I find it fun and engaging, and a far cry from how I’ve been reading my Twitter feed, even before Musk took over. If you’re thinking of moving to an alternative social media platform, we’ve got some great choices for you to consider.

The result of the poll will most likely do nothing – silence can make more of an impact than a tweet thread, and Musk knows it.

Instead, we recommend you look forward to the holiday break and spend it with family and friends, watching bad movies and eating all kinds of chocolate; not poring over this billionaire’s latest social media antics.

Playdate’s failure to launch in Malaysia