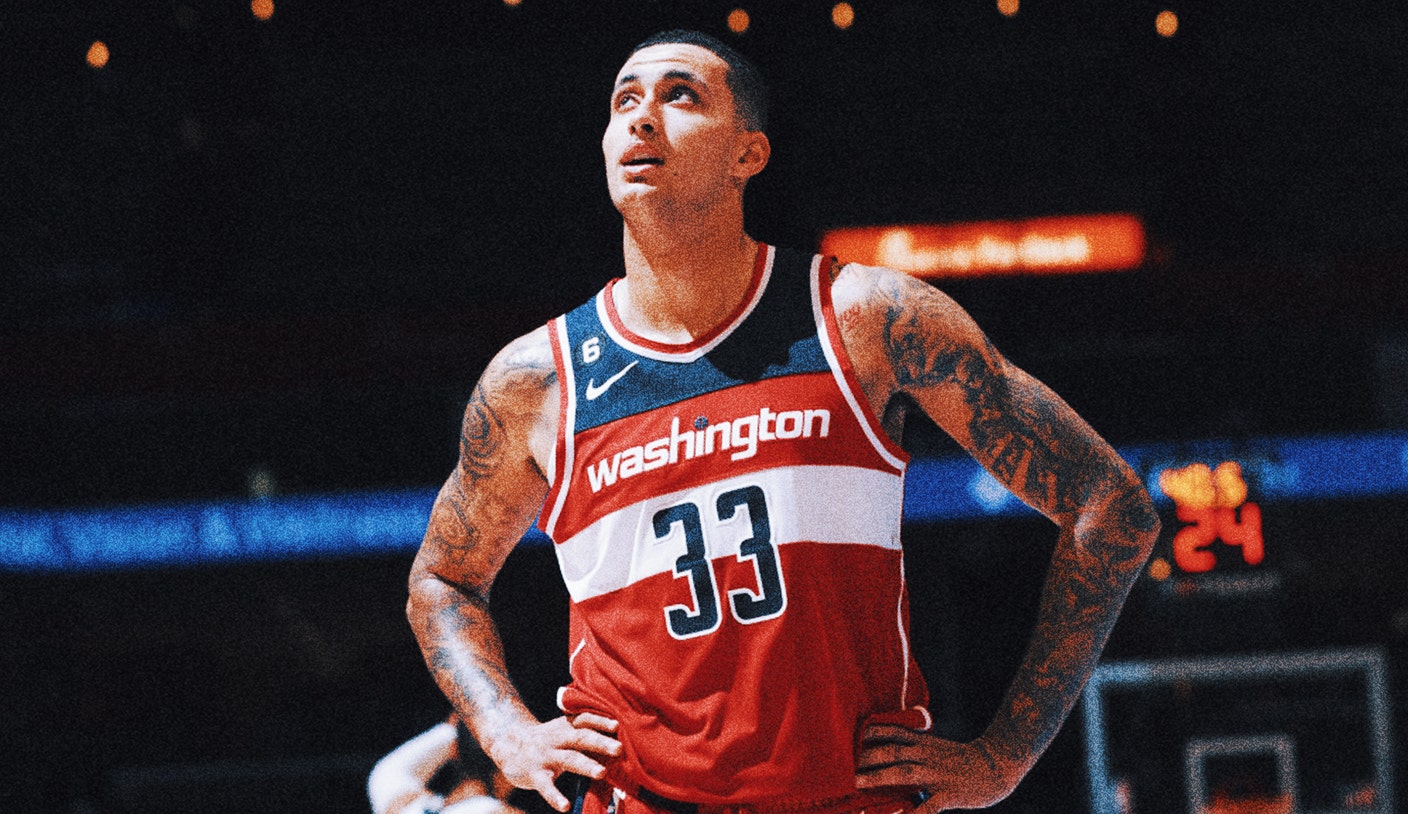 After being on the trading block for pretty much his entire four-season career with the Los Angeles Lakers, the Lakers have now reportedly inquired about acquiring him from the Washington Wizards, as Bleacher Report first reported.

“I think it just shows you the grass is not always greener,” Kuzma told FOX Sports. “It’s definitely a good thing because at the end of the day, that means I’ve been playing well, and I have value in this league, that a team would want to trade for me. It’s a blessing.”

After the Lakers traded for him in 2017 — Kuzma was drafted by Brooklyn with the 27th pick in the 2017 draft — he went on to win a championship in 2020 alongside LeBron James and Anthony Davis. But he was constantly under fire regarding whether he was living up to the expectation of becoming the team’s third-scorer.

Kuzma became an important role player for the Lakers, but playing behind two superstars, he didn’t grow into the type of player he was projected — or wanted — to become.

“It’s a double-edged sword, a double-edged sword, for sure,” Kuzma said. “I believe that it was some of the best things to ever happen to me, you know, getting drafted, being a Laker, having that platform. Having millions and millions of people globally know who you are, that’s a blessing. That’s part of being a Laker. Learning from LeBron, winning a championship — it’s all been great.

“But at the same time, I always look back and wish I would’ve gotten the fairer end of the stick a little bit, just with my role and how much I sacrificed. It’s cool to sacrifice. That’s the only way you win championships, everybody has to sacrifice. But, just getting the fairer end of the stick, I feel like I never really got [that]. But everything happens for a reason. I’m here now [in Washington], and I’ve been able to expand my game and flourish.”

When asked what he meant by not getting the fair end of the stick, Kuzma intimated that he felt stifled to an extent having to constantly adjust to the needs of the team on any given night as opposed to being able to find a rhythm and play his game.

In his final season with the Lakers from 2020-21, Kuzma averaged 12.9 points on 44.3% shooting, 6.1 rebounds and 1.9 assists in 28.7 minutes, starting in 32 of 68 games. That season, he was the sixth-leading scorer on the Lakers behind James, Davis, Dennis Schroder, Andre Drummond and Talen Horton-Tucker.

After the Lakers were eliminated in the first round of the playoffs, they decided to make a blockbuster trade for Russell Westbrook in August 2021, sending Kuzma, Kentavious Caldwell-Pope and Montrezl Harrell and a draft pick to the Wizards in exchange for the nine-time All-Star point guard.

Shortly after Kuzma got traded, he wrote an article in the Players’ Tribune detailing what being a Laker meant to him. His dream came true of going out to dinner with Kobe Bryant. He marveled at how he was able to learn from James, Davis and Rajon Rondo. And he was deeply honored that he was a part of one of the most legendary franchises in sports winning its 17th title.

“Once a Laker, always a Laker,” he wrote.

But even though Kuzma is now playing for a Wizards team that has lost eight games in a row and is in 12th place in the Eastern Conference with a record of 11-18, Kuzma said changing teams was necessary for his personal growth. Now, he’s one of the team’s main options, alongside Bradley Beal and Kristaps Porzingis.

“I needed this,” Kuzma said. “This move here has been so instrumental in my life, just being more mature. I love basketball, but I love it even more now. I love my craft, I love getting in the gym every single day. Being in the gym, being in this type of situation — seeing how good I can become has made me be really obsessive with trying to improve and better myself.”

Kuzma said his game has grown in just about every area over the past two seasons. He’s now a more complete player, meaning a better scorer, defender, rebounder, passer and leader.

Even though playing for the Wizards has opened up Kuzma’s game, he plans to decline his player option for the 2023-24 season to become an unrestricted free agent this summer and potentially increase his earning potential, as first reported by The Athletic.

In turn, the Wizards could explore the trade market for Kuzma to ensure they don’t lose him for nothing in return. That being said, Wizards coach Wes Unseld Jr. hopes Kuzma will remain with the team.

“I’d love to have him,” Unseld said. “A guy with his skill set and ability, he does a lot for us on both ends.”

The Lakers, meanwhile, could use help with spot-up shooting and defense, areas in which Kuzma excels. They’re currently in 12th place in the Western Conference with a record of 11-16.

Kuzma said it has been hard watching the Lakers struggle so much despite having two of the top players in the league on their roster. Last season, they had championship expectations but failed to even make the playoffs.

“I talk to them all the time,” he said, adding that they regularly exchange messages on Instagram, and he often seeks their advice.

Since Kuzma was traded from the Lakers, he hasn’t looked back. But now it appears as though that door is being cracked open, which leaves room for him to explore “what ifs.”

When asked if he believes the Lakers could’ve competed for another title last season had the Westbrook deal never happened, Kuzma shrugged.

“Can’t say that,” he said. “That’s very tough. Depends on if people are healthy or not. … We would’ve been a solid team regardless, for sure. As I’ve been growing into who I am, and if they would’ve allowed me to grow that way, you never know what could’ve happened.”

Melissa Rohlin is an NBA writer for FOX Sports. She previously covered the league for Sports Illustrated, the Los Angeles Times, the Bay Area News Group and the San Antonio Express-News. Follow her on Twitter @melissarohlin.

Get more from National Basketball Association Follow your favorites to get information about games, news and more

News Next Desk - January 27, 2023 0
The J&K Police on Friday denied any security lapse during the Rahul Gandhi-led Bharat Jodo Yatra when it entered the Kashmir Valley after Congress...
%d bloggers like this: