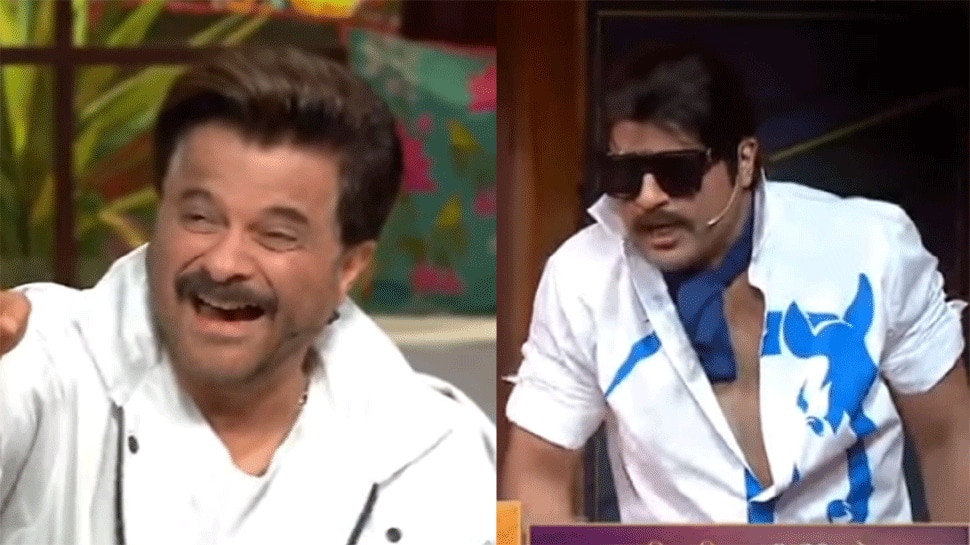 NEW DELHI: Actor Anil Kapoor is all set to grace the stage of stand-up comedy and talk show ‘The Kapil Sharma Show’. The Bollywood’s evergreen actor was promoting his upcoming film ‘Thar’ and was joined by Mukti Mohan and Satish Kaushik.

Recently, comedian Krushna Abhishek dropped a glimpse of the episode on the social media, where he is seen entertaining the guests while he is dressed up in the get-up of Jaggu Da aka Jackie Shroff. His act left the entire guests in laugh riot.

Talking about Kapil Sharma’s earlier post, the comedian had shared a picture of Anil Kapoor and him with a bizarre caption. In this picture, Kapil is seen hugging Anil Kapoor from behind. He captioned the post writing, “Meet my younger brother @anilskapoor an inspiration for many (sic).”

Anil Kapoor recently dropped a trailer of the film on social media, writing,

Produced by Anil Kapoor and Harshvarrdhan Kapoor themself, the thriller-drama will be streaming on Netflix from May 6 onwards.