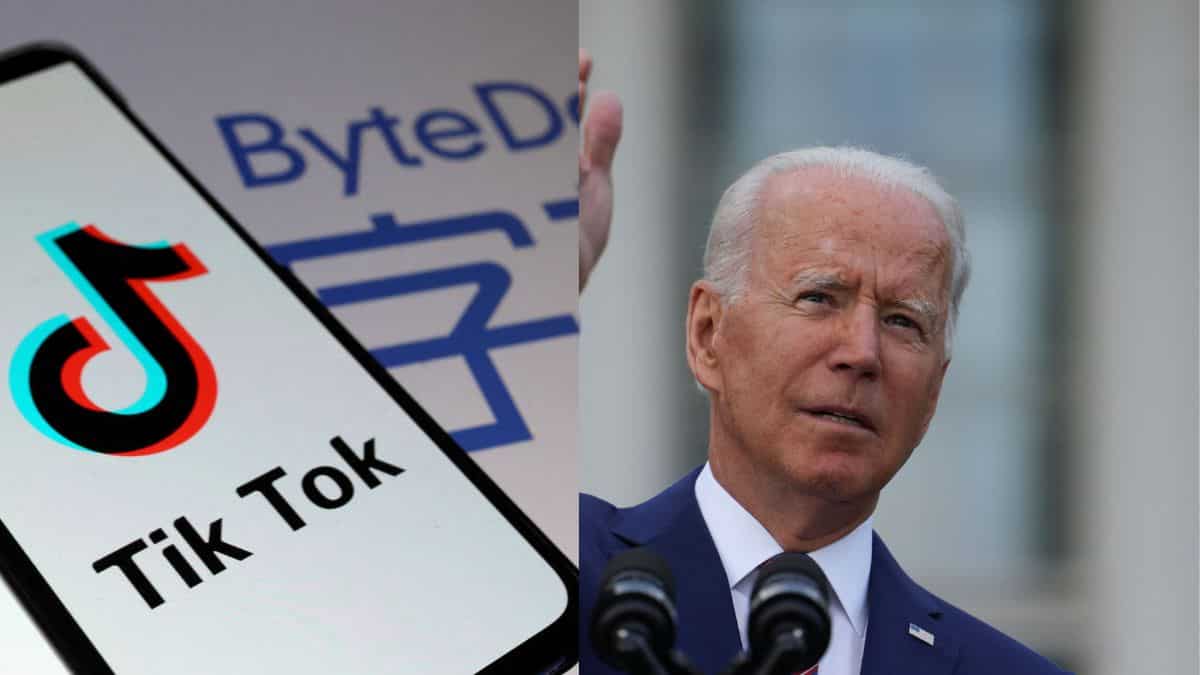 As the US prepares to impose a limited ban on Bytedance-owned short video-sharing platform TikTok on the grounds of national security, the Beijing-headquartered company slammed the Biden administration for the “troubling” bipartisan legislation. The company said that the US Congress’ push for a ban on Tiktok is “politically motivated”.

This week, the Senate unanimously passed a bill that would ban the Chinese-owned video-sharing app on government devices, after major security concerns were raised by both Democrat and Republican lawmakers and Biden administration officials. Nancy Pelosi, House Speaker, announced on Friday that she supports the inclusion of language, “banning TikTok”, on the government devices in the omnibus spending bill. The bill is expected to pass by the end of next week.

“It is troubling that rather than encouraging the administration to conclude its national security review of TikTok, some members of Congress have decided to push for politically motivated bans that will do nothing to advance the national security of the United States,” a TikTok spokesperson said Friday.

“TikTok is loved by millions of Americans who use the platform to learn, grow their businesses and connect with creative content that brings them joy,” the spokesperson said.

TikTok said the company will “continue to brief members of Congress on the plans that have been developed under the oversight of our country’s top national security agencies — plans that we are well underway in implementing — to further secure our platform in the United States.”

The bill, which is officially known as the “Averting the National Threat of Internet Surveillance, Oppressive Censorship and Influence, and Algorithmic Learning by the Chinese Communist Party Act” or the “ANTI-SOCIAL CCP Act”, is designed to prohibit all transactions by social media companies controlled or influenced by “countries of concern”.

The legislation specifically names TikTok and owner ByteDance as existing national security threats. If passed, its provisions would also extend to any social media platform controlled by other US foreign adversaries, including Russia, Iran, North Korea, Cuba, and Venezuela.

TikTok ban on government devices: Why is there bipartisan support?

In 2017, China introduced the National Intelligence Law which required all social media and internet companies, to hand over all user data that they get every year.

TikTok and ByteDance are under investigation by the Treasury Department’s Committee on Foreign Investment in the United States. The committee investigates national security risks associated with foreign-owned companies operating in the U.S. or foreign investments in American companies.

The legislation comes amid the investigation and multiple warnings from Biden administration officials about reported “national security threats” posed by the app.

FBI Director Christopher Wray earlier this month warned that Chinese officials have broad access to TikTok, allowing them “to manipulate content, and if they want to, to use it for influence operations.”

“All of these things are in the hands of a government that doesn’t share our values, and that has a mission that’s very much at odds with what’s in the best interests of the United States. That should concern us,” Wray said.

Wray has said he is “extremely concerned” about the threats posed by the app, explaining that the Chinese government can use it to “control data collection on millions of users,” and then have the “opportunity to potentially technically compromise personal devices” of Americans.

Explained: When will Biden deliver his State of the Union address...

News Next Desk - February 4, 2023 0
US President Joe Biden is set to deliver his first State of the Union address after the control of the House of Representatives went...

Keep 10 Rupee Note Handy to Catch an Exclusive Glimpse of...

News Next Desk - February 4, 2023 0
NEW DELHI: Ahead of the premiere of the highly anticipated crime thriller 'Farzi', Prime Video has unveiled a unique activity to bring the series...

Haryana: Truck Tries To Run Over Magistrate, Cop Who Went To...

News Next Desk - February 4, 2023 0
New Delhi: A Haryana deputy superintendent of police (DSP) said that a dumper truck allegedly tried to run over him and SDM Gharunda when...

News Next Desk - February 3, 2023 0
NASCAR is returning to sunny southern California to kick off the 2023 season with the second running of the Clash at...

Infant Dies In Madhya Pradesh After Being Jabbed 51 Times With...

News Next Desk - February 3, 2023 0
In Madhya Pradesh's Shahdol district, a 3-month-old girl suffering from pneumonia was jabbed 51 times with a hot rod to treat an illness, as...
%d bloggers like this: