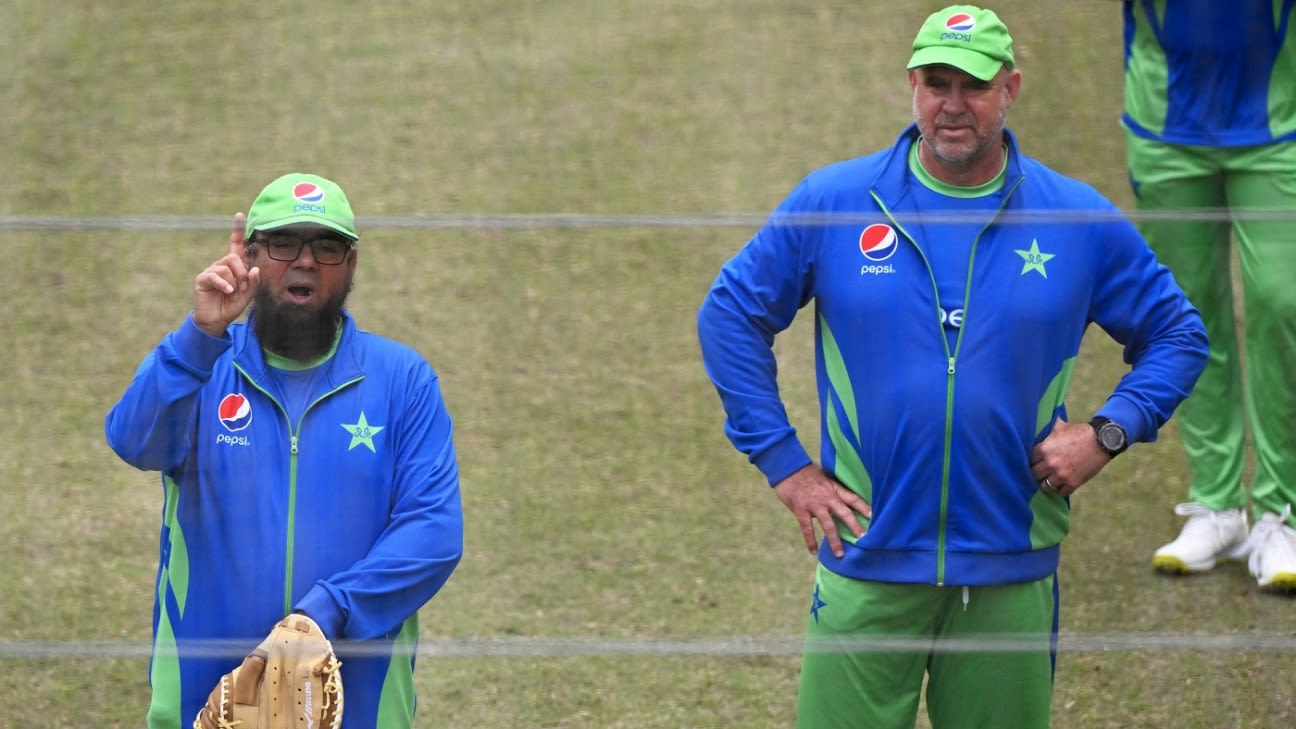 Pakistan’s 3-0 Test series defeat to England is not evidence of “a huge gulf” in quality between the two sides, according to Saqlain Mushtaq, who stressed that Pakistan were in positions to win two of these three games.

“If you look at 3-0, it’ll be shocking. But if you decode it session by session, Pakistan played great cricket,” Saqlain, Pakistan’s head coach, told Geo News. “The first two matches we could have won. There wasn’t a huge gulf between these two sides. If we’d taken the lead we could have won. The second Test hurt me, but we have to respect the umpire’s decision, even though the whole world recognised that was not a catch.”

The “catch” Saqlain referred to was of Saud Shakeel, who was given out caught down the leg side when on 94, with Pakistan only 64 away from a win with four wickets in hand in the second Test in Multan. Babar Azam felt “the ball had been grounded”. England went on to win a close Test by 26 runs, and took an unassailable 2-0 lead in the series, which they swept in Karachi.
Echoing much of what Babar said after the defeat in Karachi, Saqlain lamented the inexperience of his side, a factor that, according to him, exposed the weaknesses in Pakistan’s Test cricket.

For Pakistan, the players who took part in the series had played a combined 254 Tests before it began; for England, that number was 531. In several key moments, Saqlain felt that chasm in experience had told.

“We played very bravely. We had a vision of qualifying for the WTC final, but we couldn’t move that way,” he said. “But there were a lot of positives in Saud, Salman Agha and Mohammad Wasim.

“Three-nil hurts. I would also like to go hide in a corner and cry, but if you look at the bigger picture, they had a lot more experience than us. These are not excuses, but experience guides you in key situations, especially in long-form cricket. When you don’t have experience, you become stuck somewhere.

“Our dressing room had much fewer matches. In the longer version, all your weaknesses get exposed. The tactics, technical, mental and physical aspects can get hidden in the shorter formats, but not in the longer format. This is a part of the game. When you enter professional life, you know there will be good and bad days. If you look at bad days and think it’s the worst day of your life, you can’t move forward. Of course we didn’t expect 3-0, but we’ll learn a lot from this.”

England’s fearless approach under the coach-captain duo of Brendon McCullum and Ben Stokes has overseen a stunning turnaround, with the side having gone from winning just one of their previous 17 Test matches to nine of the last ten.

It has garnered significant attention – particularly for the belligerence of the side’s batting approach – and doubts about its potential for success abroad have been resoundingly answered with the result in Pakistan.

“England worked out this strategy; it wasn’t as if McCullum said play this way and they suddenly did,” Saqlain said. “They thought about it and said, ‘we will try it’. But in this series, we saw they were forced into some traditional batting too. They’re having good days, [and] they’re all on the same page, but only time will tell if it’s all going in the right way.

“Our last Tests were against Sri Lanka, and we suddenly come into this series from loads of ODI and T20I cricket. You can’t change things all of a sudden. After the first innings [of] each [Test], we were on equal footing, but we couldn’t bat the same way [in the second innings] despite us playing our way and them playing in their way.

“To change strategy, everyone needs to be on the same page. But their strength is such that everyone comes on board collectively. We lost, but there were a lot of positives.”

Danyal Rasool is a sub-editor at ESPNcricinfo. @Danny61000