Home World These Dancers Escaped the War. Their Journeys Are Just Beginning. 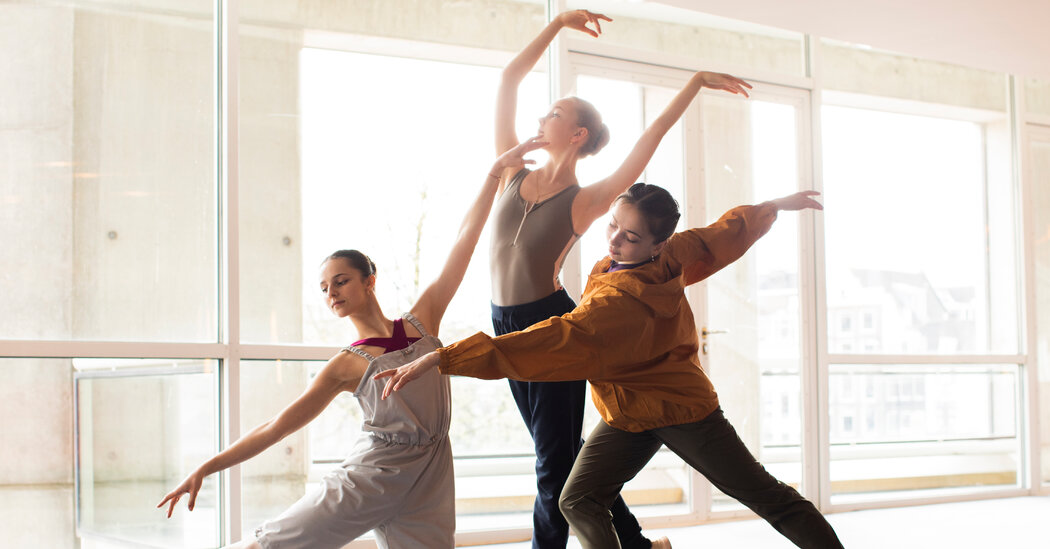 Much of the work of finding Ukrainian students new homes has been led by the New York-based Youth American Grand Prix, an organization that runs competitions to help dancers secure scholarships. It had been scheduled to hold its first-ever event in Ukraine in March. Larissa Saveliev, the organization’s co-founder and a former dancer with the Bolshoi, said that when Russia’s war began, she emailed the 50 or so dancers who had signed up to say, “If you want help, let me know.”

How the Ukraine War Is Affecting the Cultural World

Valentin Silvestrov. Ukraine’s best-known living composer, Mr. Silvestrov made his way from his home in Kyiv to Berlin, where he is now sheltering. In recent weeks, his consoling music has taken on new significance for listeners in his war-torn country.

Alexei Ratmansky. The choreographer, who grew up in Kyiv, was preparing a new ballet at the Bolshoi Theater in Moscow when the invasion began, and immediately decided to leave Moscow. The ballet, whose premiere was set for March 30, was postponed indefinitely.

Soon, her cellphone number was being passed among dancers in Ukraine, and she was being called day and night, often by students who had arrived at the Polish border, alone, some without passports. Saveliev said they would simply ask, “Where should I go?” She tapped her contacts, then sent them around Europe to schools, including to La Scala in Milan and the John Cranko school in Stuttgart.

Some two months into the war, the calls haven’t stopped, Saveliev said. “At the start, it was a humanitarian effort,” Saveliev said. “All we were thinking was, ‘Let’s find these kids a bed.’ Now we have to think about their education.”

Saveliev said it was difficult to bring students to the United States because of the lengthy visa process, though she was able to place two students, who already had visas, in American schools. “We have at least 50 schools willing to host Ukrainian dancers; we just can’t get them here,” she said. “We’re trying.” (Britain’s ballet schools have also been unable to take on students, because of strict visa rules, Saveliev added.)

Despite the visa situation, at least one American ballet company is trying to help. On May 4, lawyers working for Miami City Ballet submitted a visa application for Yuliia Moskalenko, 28, a principal at Ukraine’s National Ballet, to join the company.