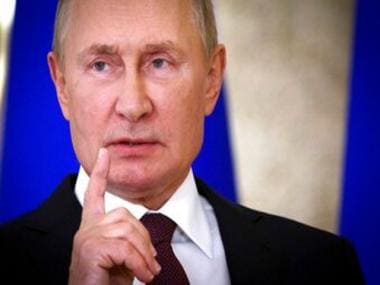 There is little doubt that, at the end of the week or slightly later, Russian territory will grow by four regions, formerly East Ukrainian, with total population of about 8 million. The procedure looks exactly the same as with Crimea, also formerly Ukrainian, in 2014 – first there was a referendum among the local population, then the Russian parliament conducted a vote, and, finally, President Vladimir Putin proclaimed Crimea a new part of the Russian Federation.

As expected, the leaders of the Western group of nations have repeatedly announced that the way to expand your territory through a referendum in another country, after a military operation or without it, is totally illegal and would never be recognized by them.

Worse, the referendum has produced a well-hidden tension between Moscow and Beijing, and the matter has been recently discussed by the leaders of these nations in Samarkand, Uzbekistan, at the summit of the Shanghai Cooperation Organisation. China is naturally unhappy about the voting procedure, keeping in mind a possible similar referendum in Taiwan about proclaiming the island an independent state. All in all, people in Moscow expected China to voice its disagreement at the UN (which it did), but in reality to keep neutral.

But, aside from China being happy or unhappy, there is a very good question of global importance, namely, exactly how illegal is that procedure, when you ask every man and woman in a foreign territory about their ideas of making these territories a part of your state. After all, there is such a thing as international law, based on the United Nations documents. Surely we may find there some illuminating ideas about referendums being right or wrong.

And it’s exactly in these documents where we discover a lot of treasures. You may think about a split of a nation into two sovereign states (that process goes on and on, globally, and seems to be universally accepted). But how about the matter of a clearly stated will of the people on certain territory to join another state, together with the territory they live in? Do they have a say in that matter, or some foreign nation or organization is needed for an endorsement of such transition?

Of course, there is no such arbiter nation, or a group of nations, in the world. But there obviously is a clash of two basic principles of international law. One is sovereignty, which includes respect for the territorial integrity of states, and the other is the right of people to self-determination. Not only India, but dozens of nations in the world would have still been colonies without the second principle applied. Self-determination, simply, means that nationhood and sovereignty span not from the kings, governments and colonial powers, but from the people living in their land and deciding on matters of their statehood and livelihood.

So, after international debates on that clash of ideas grew intolerable at the end of the 1960s, when the contemporary world was shaping itself, a declaration on the basic principles of international law has been passed by the UN General Assembly (the date was 24 October, 1970). That document says that every state has to respect the territorial integrity of… no, not everybody, but those nations, who’s governments respect the principle of self-determination of peoples and represent all the people living in their territories. That’s the law.

According to that law, Ukraine – just like Pakistan in 1972 – has simply killed itself by waging an eight-year-long war against its own population in its East. It wasn’t just verbal disrespect of Easterner’s rights to belong to Russian culture and ethnos, there were bombs and missiles on daily basis, deliberately targeting civilian infrastructure and killing mostly civilians. Hell of a way for a state to represent these people.

The referendums, this week, have been clearly conducted under the barrels of the guns. The guns were Ukrainian since the shelling of civilians went on. And it was a small surprise that the populace of these two regions, Donetsk and Lugansk, came to the polls in a 90 per cent majority, almost 100 per cent of which voted to join Russia. After all, they have been living as separate republics for more than eight years, and only wanted to confirm the existing reality. But a big surprise was an almost similar outcome of the referendum in two other regions, which only six months ago were fully under Ukrainian rule, and at that time nobody shelled and harassed them.

But then, even in these areas the pro-Russian vote was predictable. Here we have to listen to international observers of the referendum, the people watching the procedure, coming from Germany, France, Serbia, Central Africa, Bosnia, Bulgaria, Mozambique and others. Their task was traditional, to ensure that the people were getting to the polling station, receiving a sheet of paper, making a tick there without being supervised, etc. But, when you are there, you cannot help hearing the sound of the guns and missiles and understanding that these missiles were coming from the West, not from the East.

Imagine being a totally unpolitical Ukrainian, living in Zaporozhye in a relative proximity to the huge nuclear power station and witnessing its daily shelling by Ukrainian artillery and missiles, with a prospect of radioactive poisoning of your family and of millions of people around. How would you vote in that case, even if you were supposed to be an ethnic Ukrainian, not Russian, whatever is the difference? Would you wait for some Western nations to accept your vote as legal and fully democratic, or you would have other ideas on your mind?

Speaking about the West and its ideas about democracy, it seems that any time somebody is holding a referendum there, it brings problems to real democrats. That’s Brexit in England in 2016, France’s refusal to endorse a failed EU constitution in 2004, and many similar cases. It seems that the moment a referendum is being held, that thing called democracy suffers losses. So something is wrong either with democracy or with the will of the people.

The author is a columnist for the Russian State agency website ria.ru, as well as for other publications. Views are personal.