Home Entertainment ‘The Sandman’ review: Netflix’s DC series is the best show of 2022... 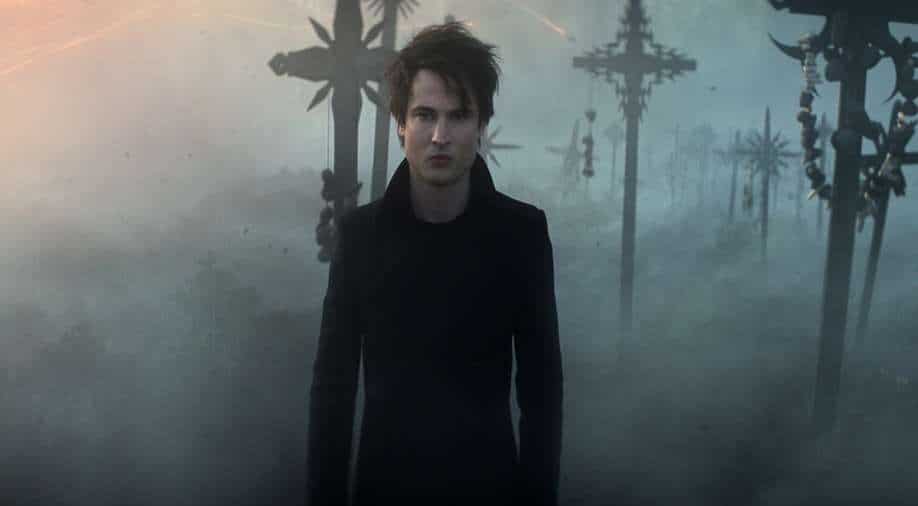 DC Comics’ ‘The Sandman’, written by Neil Gaiman, is a landmark comic-book storyline that has enjoyed a reputation among literary circles that rivals Alan Moore’s ‘Watchmen’. And similar to ‘Watchmen’, Gaiman’s story was considered ‘unfilmable’ for, the argument went, these stories were different from your typical superhero comics, and that they were specifically written to be narrated across comic book panels and would not translate well to the screen — big or small. Zack Snyder’s reverential adaptation of ‘Watchmen’ divided Moore’s fans and some called it a little bit too faithful. Moore himself disowned the adaptation. Netflix’s ‘The Sandman’, which is blessed by Gaiman, however, does differ a little from the lore, but all in all is true to the essence of the tale of Morpheus, which is all that really matters.

For those who are new to ‘Sandman’, the story follows the titular entity, variously called Sandman, Morpheus, Dream, Lord of Dreams, and so on. Although he appears in a different form to different people, he is most often seen as a 30-something thin, pale man with a shaggy, spiky head of hair. Morpheus is one of the Endless, a group of seven beings who are billions of years old and represent different aspects of human experience. The others are Death, Destiny, Despair, Desire, Delirium, and Destruction.

At the beginning of the story, Dream is captured by a British dark magician Roderick Burgess (Charles Dance), who wanted to summon Death, his sister, instead. For decades the Dream remains imprisoned in a glass cage, and the magician keeps trying to get him to resurrect his son. But the Dream doesn’t, or can’t. Burgess dies and his son takes over, and still Dream does not respond to his pleas. Meanwhile, in the real world, due to Dream’s absence from his realm has dire consequences.  For instance, some people could not wake up from their sleep for decades and all but one died without ever waking up.

One day, Dream escapes and exacts his vengeance. And then he embarks upon a quest to retrieve his stolen tools and rebuild his crumbling realm and restore order. Along the way, he encounters a variety of interesting characters.

‘The Sandman’, the Netflix series that is, respects his source material but the writing is thankfully not worshipful — something that sunk Snyder’s ‘Watchmen’. The writers realise that the comic book series was a product of its time and some of the aspects have not aged well. The show both adapts and engages with its source material in meaningful ways. Also, here the writers pick and choose as to what to include, a wise decision as the ‘Sandman’ storyline is absolutely immense in scope and if every single thing was crammed in 50-60 minutes of television, even some of the major characters will get a shot or two.

But the purists need not worry too much, as some of the most iconic panels from the comics have been recreated here in startling detail and with unerring accuracy.

The casting is another thing that elevates Netflix’s ‘The Sandman’. It’s just right. Even the changes flow nicely with the story. Tom Sturridge’s portrayal of Dream as a mopey man feels like the character we know from the comic book panels jumped into the real world — it is that good. The casting goes quite astonishingly deep. David Thewlis, always brilliant in everything but particularly the roles of unpleasant men and rejects from the society, has an episode of his own set in a diner (readers will know what I am talking about) and it is actually better in the show.

Stephen Fry appears as a personification of a verdant heaven-like place within the realm of Dreaming in a couple of episodes and it appears the show will suffer if he were not in it. Gwendoline Christie is majestic and terrible as Lucifer. Jenna Coleman’s Johanna Constantine is everything you’d expect from a Constantine — sass, sarcasm, intelligence, resourcefulness, and of course the iconic trenchcoat. Kirby Howell-Baptiste plays Death with wide eyes and wider smiles, a vivacious, cheery contrast to her gloomy brother.

All that said, ‘The Sandman’ is not perfect. The decision to move the ‘present’ timeline to 2022 (or nearabouts) instead of the 1980s or 1990s (in the original story) is an odd choice and does not sit well with a few aspects of the story. ‘Sandman’ was ‘Sandman’ because it came out in that era, and it had a lot of elements that characterised the pop culture of those two decades. Also, the show I fear may not be very newbie-friendly. The story has dense mythology and while not everything is included in the show, there is enough to confound those who have only a passing acquaintance with ‘The Sandman’.

If this sounds like nitpicking, it is. That is my job as a critic. ‘The Sandman’, if you will allow me a corny pun, is mostly a dream come true, particularly for somebody like me who has been a huge fan of this story for a long, long time.

Thus far, ‘The Sandman’ is the best show of the year.