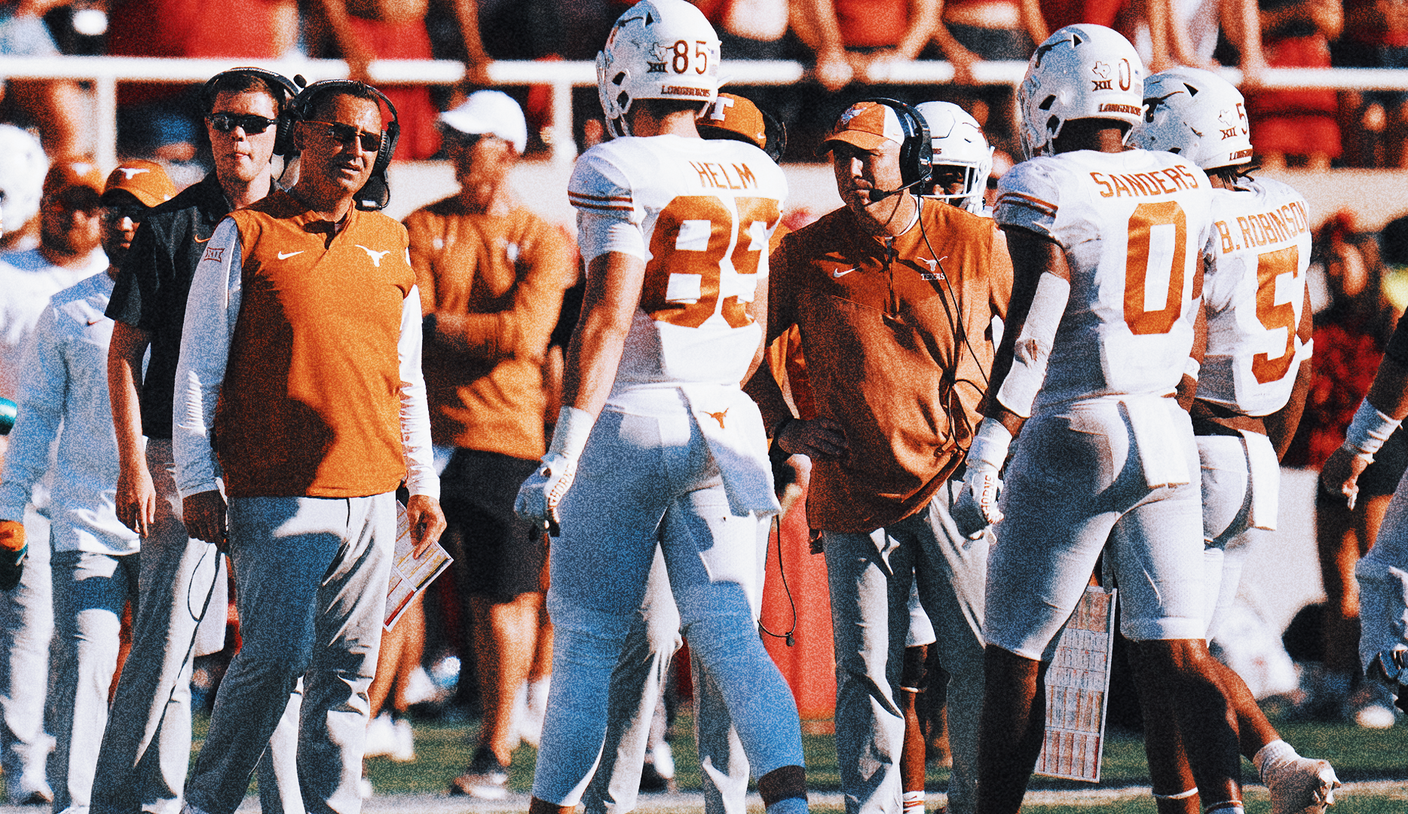 Texas Tech kicker Trey Wolff had fans ready to celebrate like they hadn’t in 14 years with what they thought was a game-winner in the final seconds.

Turns out they just had to wait a little longer.

Wolff kicked a 20-yard field goal in overtime, lifting the Red Raiders over No. 22 Texas 37-34 after they overcame a two-touchdown deficit in the second half but let a lead slip away in the final minute Saturday.

Fans RUSH the field after Texas Tech stuns No. 22 Texas

The Texas Tech Red Raiders forced a costly Texas fumble to pick up a 37-34 OT victory.

Texas’ Bijan Robinson fumbled on the first play of overtime, and Donovan Smith led the Red Raiders to the 2-yard line before Wolff’s winning kick in the Big 12 opener for both teams.

The Red Raiders (3-1, 1-0) thought Wolff’s 45-yard kick for a 34-31 lead with 21 seconds left in regulation was enough for their first home win over Texas since Michael Crabtree’s last-second catch beat the top-ranked Longhorns in 2008.

Hudson Card’s 28-yard pass to Tarique Milton got the Longhorns close with six seconds remaining, and they picked up another 10 yards on a quick pass with two seconds to go. Bert Auburn’s 48-yard kick as time expired forced OT.

Texas Tech fans might have had flashbacks to two years ago, when the Red Raiders couldn’t hold a 56-41 lead on Texas in the final three minutes of regulation in a 63-56 overtime loss on the same field.

“Saw how much time they had left, so I was like, kind of slowing down the celebration,” Wolff said. “We’ve been in the situation with Texas where we’ve got to wait until the clock says zero, zero, zero. That’s what we did. Luckily we got that opportunity again in overtime.”

Texas Tech beat the Longhorns in a Big 12 opener for the first time in six tries and ended a six-game home losing streak. Fans stormed the field after the Crabtree-fueled victory, and did it again Saturday after Wolff’s winner.

“I was asked at the end what it means to us,” said first-year Texas Tech coach Joey McGuire, a lifelong Texan facing the Longhorns for the first time. “It means we’re 1-0 in the Big 12. I’m fired up to beat Texas. Don’t get me wrong. But I’m more fired up to be 1-0.”

Robinson’s 40-yard scoring run in the third quarter gave Texas a 31-17 lead, but the Red Raiders responded with their third TD drive of at least 10 plays.

Smith kept the tying drive alive with a cutback run for 5 yards on fourth-and-4 before his 19-yard pass to Baylor Cupp for a 31-31 tie midway through the fourth quarter.

The Red Raiders, who also beat a ranked opponent in Houston in overtime in their previous home game two weeks ago, converted fourth downs on five of six scoring drives in regulation and were six of eight overall.

“They forced us a little bit when they got up 31-17,” McGuire said. “They were huge. If we don’t do that, we don’t have enough time to get back in the game and definitely win the game.”

For the Longhorns, the loss was reminiscent of the first three games in a six-game losing streak that soured coach Steve Sarkisian’s Texas debut last season. They had double-digit leads in all three losses.

“Give Texas Tech a lot of credit,” Sarkisian said. “They played it aggressively. Our inability to get off the field was a real factor. And we couldn’t get their quarterback on the ground.”

Still limping at times because of the high ankle sprain sustained after starter Quinn Ewers sprained a clavicle against No. 1 Alabama, Card threw for 277 yards and two touchdowns with Ewers watching in uniform on the Texas sideline.

Robinson had 101 yards and two TDs before the crippling mistake from the Heisman Trophy hopeful to start overtime.

Smith threw for 331 yards and two touchdowns. Myles Price caught a career-high 13 passes for 98 yards, including a 5-yarder on fourth-and-3 on the way to what the Red Raiders thought would be Wolff’s winning kick in regulation.

Reporting by The Associated Press.

– Michigan must improve, has a star to lead the way

– CFP, Heisman and other predictions from FOX Sports staff

– Can anyone challenge Michigan, Ohio State in Big Ten?

– Pac-12 is back in the spotlight, for all the right reasons