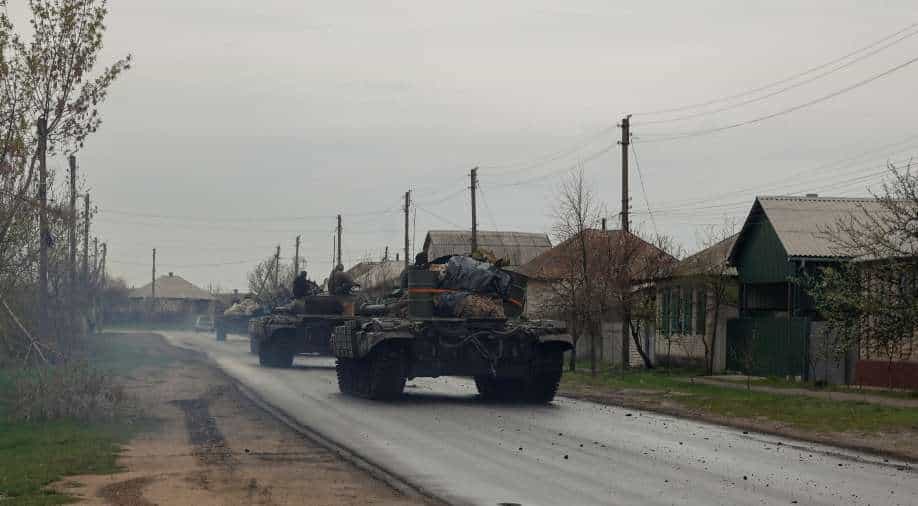 Russia said it intends to establish “full control over the Donbas and southern Ukraine” while claiming to has “liberated” Mariupol.

Ukrainian President Volodymyr Zelensky warned that “Russia’s invasion of Ukraine was intended only as a beginning”.

“We will defend ourselves as long as possible but all the nations who, like us, believe in the victory of life over death must fight with us,” the Ukraine president said.

Amid the fighting, United Nations chief Antonio Guterres is expected to meet Putin in Moscow including visit President Zelensky in Kyiv even as Russian foreign minister Sergei Lavrov said peace talks between Russia and Ukraine were not moving forward.

“Since the start of the second phase of the special operation one of the tasks of the Russian army is to establish full control over the Donbas and southern Ukraine,” Russia’s Major General Rustam Minnekaev said, adding, “This will provide a land corridor to Crimea.”

Russian President Vladimir Putin had announced a “special military operation” on February 24 as Russian forces invaded Ukraine, however, they were met with fierce resistance by Ukrainian forces. Russia in recent weeks has said it will concentrate its forces in the eastern region.

Watch: Is the West trying to hide Russian oil imports?

Meanwhile, France announced it will send heavy artillery to Ukraine including Milan anti-tank missiles and Caesar self-propelled howitzers. However, the French government did not specify the number of missiles and howitzers meant for Ukraine.

Also Read in Pics:  Why Ukraine’s anti-ship missile Neptune is a gamechanger

The French government asserted that Ukrainian troops will be trained on operationalising the weapons.

President Zelensky has been pleading for more arms and ammunition since the beginning of the war as Russian forces have laid siege on Ukrainian cities.

As the war drags on with energy security taking centre stage, Dutch Prime Minister Mark Rutte said his government intends to cut Russian oil and gas imports by end 2022 with coal imports from Russia set to end in August.

Spain meanwhile said it has reopened its embassy in Kyiv after it had evacated its staff when Russia began its invasion on February 24 even as the government vowed to double its military equipment sale to Ukraine.