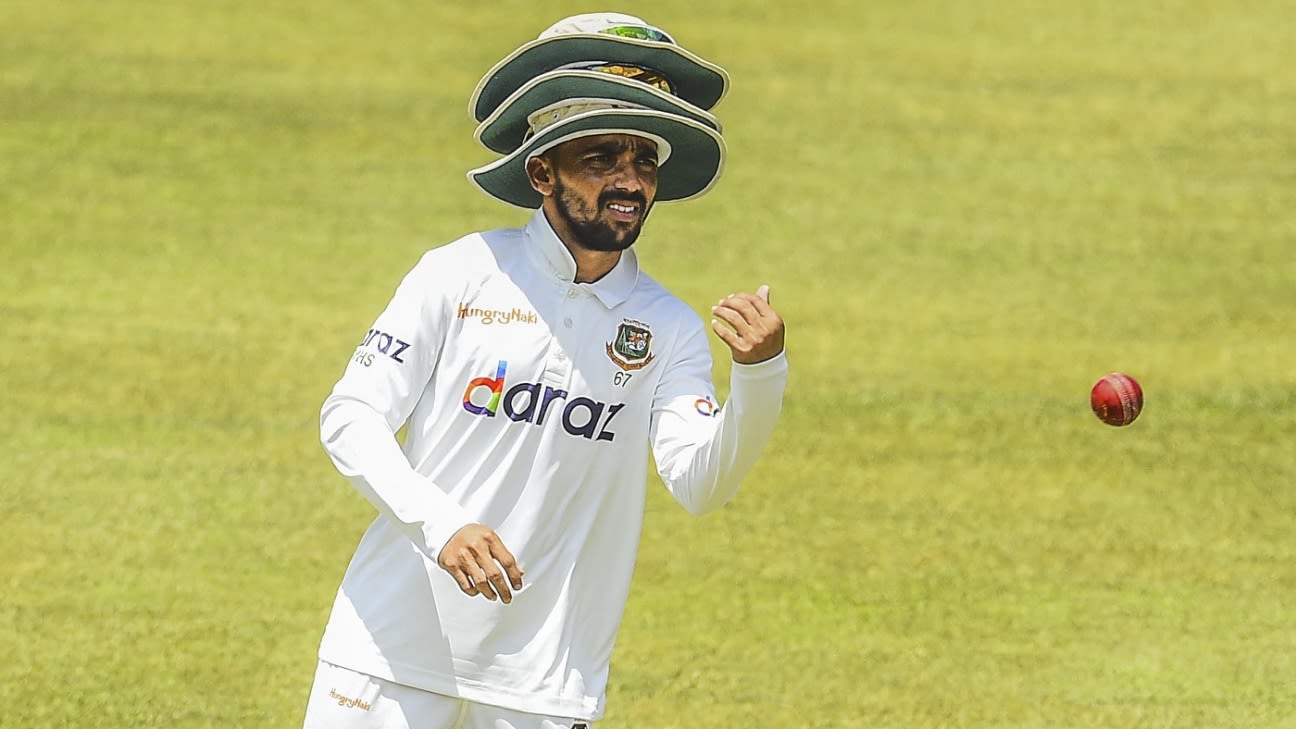 On an unusually brown-green Kingsmead pitch, which Keshav Maharaj said he had never seen at this venue before, Mominul Haque chose to make first use of the surface with three seamers at his disposal. He was without Shoriful Islam, who has a niggle and Tamim Iqbal, who was ruled out this morning due to a stomach ache. Tamim is being attended to by a doctor at the team hotel. Bangladesh opted for only one specialist spinner – Mehidy Hasan Miraz.

South Africa, in anticipation of slower, lower conditions, selected two spinners in the starting XI for the first time since 1970 and included Kolpak returnee Simon Harmer to partner Maharaj. They gave a debut to Lizaad Williams, who was preferred over Glenton Stuurman and Lutho Sipamla to share the new ball with Duanne Olivier, and included a seam-bowling allrounder in Wiaan Mulder.
Ryan Rickelton was also given his first cap after sitting on the sidelines against New Zealand and scoring three hundreds in his last seven first-class innings. Keegan Petersen returned at No.3 with Sarel Erwee due to open the batting on his home ground.

Although stadiums are allowed 50% capacity as of last week, there were less than a hundred people in the ground before play got underway, with bigger crowds expected later in the day and at the weekend.

NFL odds Week 4: How to play Chiefs-Buccaneers, other best bets