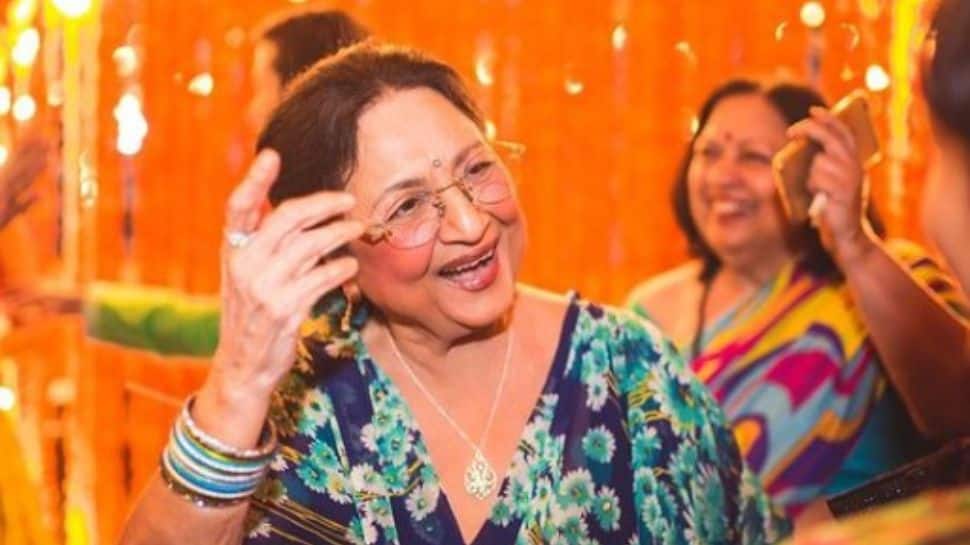 Mumbai: A day after veteran actor Tabassum left for her heavenly abode, her granddaughter Karishma Govil penned an emotional note in remembrance of her “dadiji”. In the post, Karishma revealed that Tabassum was fondly called “Poku” by her family members.

She also dropped a string of images of Tabassum. One of the images sees Karishma dressed in similar attire as the late actress. Karishma`s sister Khushi also shared a post. “Aaj hase kal rula na dena,” read the caption.

Fans and admirers of the late actress took to the comments section and expressed their grief. “All my condolences, love and strength,” commented one user. “What no RIP @babytabassum we will miss you so much,” added another user.

Tabassum died on November 18 after suffering heart attack. A prayer meet will be held on November 21 at Santacruz`s Arya Samaj, Mumbai. Tabassum made her film debut as a child actor with Nargis (1947) followed by Mera Suhaag (1947), Manjhdhar (1947) and Bari Behen (1949). However, she gained fame for hosting Doordarshan talk show “Phool Khile Hain Gulshan Gulshan”. The show ran on Doordarshan from 1972 to 1993, wherein she interviewed film and TV personalities.

Jaishankar To Make Statement On India’s Foreign Policy In RS

News Next Desk - December 7, 2022 0
New Delhi: The Maharashtra State Road Transport Corporation (MSRTC) on Wednesday said it has suspended bus services to Karnataka after a security alert was...

Jaishankar To Make Statement On India’s Foreign Policy In RS

News Next Desk - December 7, 2022 0
Minister of External Affairs S. Jaishankar will make a statement on India's foreign policy in the Rajya Sabha (RS) on Wednesday, the first day...

News Next Desk - December 7, 2022 0
Former US president Donald Trump's family business, Trump Organization was found guilty of tax fraud by a New York jury on Tuesday. This has...

US authorises $800 million additional funds for Ukraine in defence bill

News Next Desk - December 7, 2022 0
US has agreed to give at least $800 million in additional security assistance to Ukraine next year under a defence policy bill unveiled on...