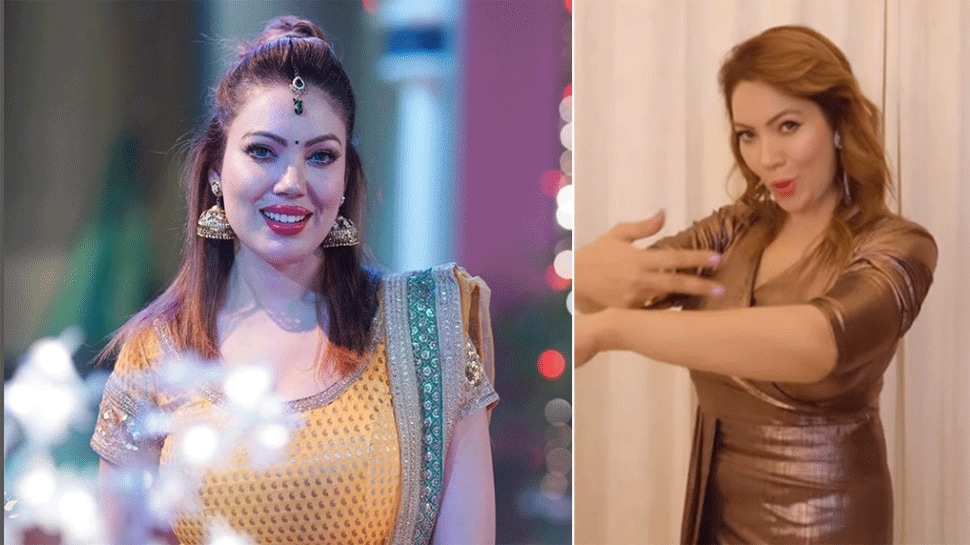 NEW DELHI: Popular television actress Munmun Dutta, better known as Babita Ji from longest running Indian sitcom Taarak Mehta Ka Ooltah Chashmah, has hit the headlines with her latest dance video. She has been a part of Taarak Mehta show since last 15 years and is extremely popular among her fans. She is also quite famous on social media and enjoys a fan following of 7.5 million. Munmum stays abreast of latest trends and loves making reels on trending songs.

In her latest video, the actress is seen shaking her legs on Shah Rukh Khan and Deepika Padukone’s Besharam Rang from Pathaan. She looked ravishing in a shimmery brown dress which she paired with statement earrings. She exuded oomph in the video and captioned it writing, “This song is a total vibe.”

Her fans were amazed to see her dance moves and complimented her over her post. “Dipika se acha kiya bus bikini nahi pahni aapne,” she wrote.

On the work front, Munmun is a part of the longest running sitcom Taarak Mehta Ka Ooltah Chashmah. Prior to this, she was seen in shows like Hum Sab Baraati. She has also appeared as a guest in shows like CID, Indian Idol 10, Kaun Banega Crorepati 13, Bigg Boss 15, and others. She has also worked in movies including Mumbai Xpress, Holiday, Dhinchak Enterprise and The Little Goddess.