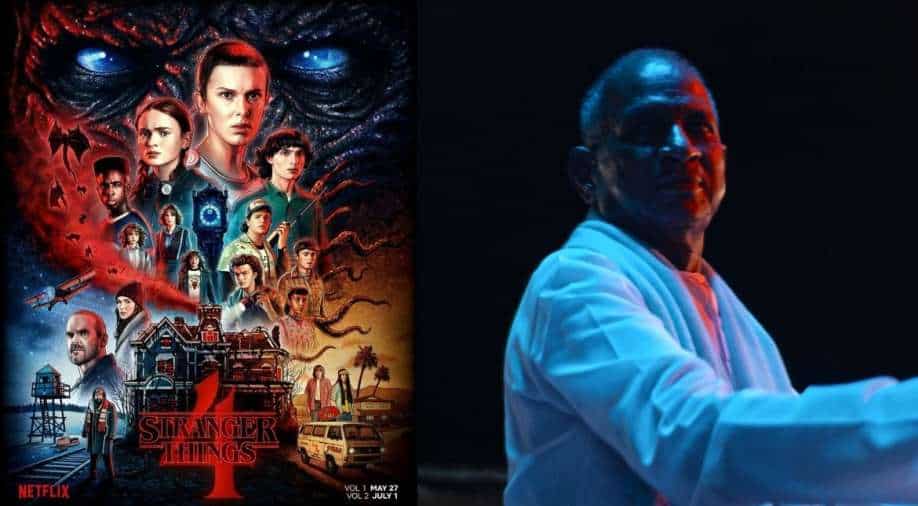 Supernatural sci-fic thriller series – ‘Stranger Things’ since its launch has emerged as a pop culture phenomenon for its spellbinding plot, relatable characters and homage to the classic 1980s nostalgia. Its captivating soundtrack has grabbed attention globally. As the theme music perfectly captures the mood of the series, it traps and transports you into the ‘Upside Down’ evil world ruled by the MindFlayer.

As the season four premieres on May 27, Netflix has an amazing surprise for its Indian fans.

Ahead of its release, Netflix surprised its fans with an exciting collaboration with ace music composer Ilaiyaraaja.

Known as an icon in the Indian music scene for his fusion of Western musical nuances, the legendary composer brings us his own rendition of the iconic Stranger Things opening theme in a new music video launched by Netflix.

In a 2 minute-long video shared by the official Instagram handle of Netflix, Ilaiyaraaja’s visuals can be seen playing along with sequences from the series. The music video showcases classic ‘Stranger Things’ elements and features Illaiyaraja himself as he is seen battling the rift through his powerful tunes.

Fans can now enjoy ‘Stranger Things 4’ in Tamil, Telugu, Hindi and English, the OTT giant had announced on Wednesday.

As the launch of Stranger Things 4, Vol 1 is near, this new rendition perfectly celebrates the love people have for the series.

The official synopsis of the fourth season, says: “It’s been six months since the Battle of Starcourt, which brought terror and destruction to Hawkins. Struggling with the aftermath, our group of friends are separated for the first time – and navigating the complexities of high school hasn’t made things any easier. In this most vulnerable time, a new and horrifying supernatural threat surfaces, presenting a gruesome mystery that, if solved, might finally put an end to the horrors of the Upside Down.”